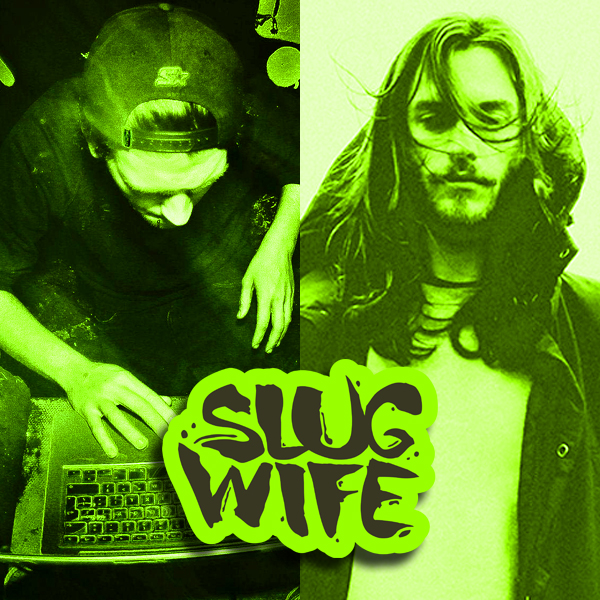 I don't throw around comparisons to Dave Tipper willy-nilly, because it's insulting to both my audience and to the godfather of glitch-hop. But when I hear something that ticks all my boxes for innovation, clarity of vision, and above all, what shapes it makes my face, arm, and leg muscles spasm—I have to throw in the towel and pull out the only real big gun of resemblance.

The glowing tradition of UK glitch that Tipper and contemporaries like Si Begg have granted us is upheld and reinvented by the entire SLUG WIFE crew. Whether it be in variations of neuro, halftime, or slimepunk aesthetic, the lineage traces directly back to glitch-hop, and the corresponding legends are honored in turn.

Two of their greatest progeny, Kursa and Seppa, today release a fun and flashy EP, a testament to their shared experimentations and giddy collaborative work. The GOOTH EP holds an original production from both artists, as well as two collaborations.

Coming off last month's YesYesYesYes EP, Seppa delivers a much heavier, abstract tune in “Sejitautlaoud” than we heard in any of the previous compositions. Kursa's lead track “NOWIMINTHA” is brilliantly bombastic and the closing collab “HOON IT” feels like two friends one-upping each other with tricks and traps like a sonic game of checkers that ends up in a drunken fist fight.

But I selected something entirely different to premiere for fans mere hours before the EP drops. “Janksta” is definitely the most accessible tune in the collection. It's as if the pair asked each other “What would it sound like if we created a peak-hour showstopper?”

The duo of Kursa and Seppa prioritize groove and intensity on this one, taking the next logical step in the “hop” brand and making it darker, more potent, and ultimately, much more substantive. The result is a wide-eyed spectacle; dizzying drops and breakneck reveresals that keep me returning to the song again and again to find my footing and bob/weave along with it.

I promise to keep returning to these guys, as well as their crew, until their names bear the same weight as their predecessors. Not only because I believe they will, in time, contribute to the esteemed catalog of UK bass to the level that their forebears have, but because they will continue to inspire the subsequent generation of experimentations that will keep moving the sound forward.