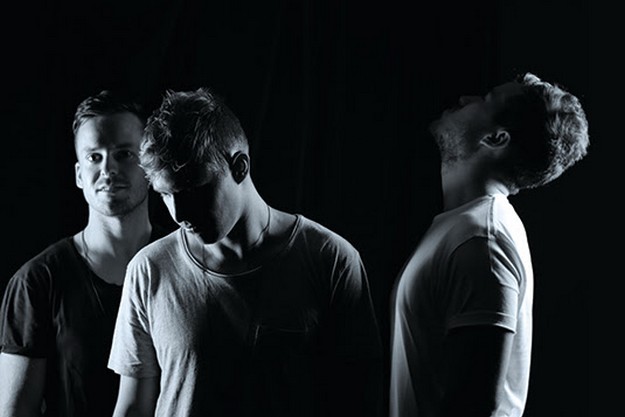 Whether you know them as RUFUS or RÜFÜS DU SOL (because you're a little twit from the trademark office), everybody knows the three-piece indie-dance band from the antipodes as "the next big thing." Screaming around the country on a massive tour thanks to the wild success of Atlas, singer and guitarist Tyrone Lindqvist took the time to chat with us about the band's North American run.

We’ve heard you guys were recently posted in Berlin for a while working on the second album. Was there a specific reason you chose this city, and how was the overall experience/output?

(Laughs) Yeah we were so excited about it I think we've mentioned it quite a few times so explains where you heard it. It's a very different place to where we wrote and recorded the last record so that was something that we wanted to do. Put ourselves somewhere different to inspire something different. We're headed back there for about 6 weeks to get back into it directly after we finish in North America. We'll finish the record at home in Sydney, though. There is something about being home that is so good for you

How would you describe the writing and recording process that went into the new album, and has that changed at all since the widespread success since the release of ATLAS?

We're not finished yet. But, I guess in those couple of weeks we noticed we were writing much faster, we've all been working on stuff individually for the past 12 months so it's been a learning process to start writing music together again. We are still keeping it pretty low key and DIY, setting up our own studios in apartments and living rooms of places we've been staying in.

You also played a handful of shows around Europe recently in between working on the album. What were some of the most monumental moments you experienced on the tour, whether on or off the stage?

The shows were great. The coffee was okay. Reading festival was wild. Moderat at Berlin festival was really special. Manchester has a good vibe. We've kinda been taking it pretty easy party-wise because there are so many shows back-to-back you can't afford to be grumpy and tired.

There ain’t no rest for the wicked apparently, because the North American tour started almost immediately after you closed out the last European date. What facet of American culture are you most excited to partake in now that you’re coming back for more?

Yeah we just landed in Boston, we've never been here. It's legitimately pretty exciting to be in the U.S. We're keen to check out a movie here later today. American cinema audiences are so much more into it than in Australia. Also keen to sample some Fireball whiskey.

Taking things back to your home continent of Australia, we can’t help but ask about your residency with Triple J. How essential was this to launching your career to the next level, and what can you say about what the radio station has done for Australia’s music?

They are such an asset for acts like us who need a platform to get their music out there. Nowhere else in the world has anything like it as far as we have seen. They have a national audience and they take risks with their playlist and they want to see Australian artists succeed. Without Triple J it would be almost impossible to imagine ourselves being over here in the States, we just wouldn't have been able to reach that level in Australia where we can support this kind of tour schedule. To answer your question the support we got around the release of Atlas was a real turning point in our career.

We pride ourselves on attempting to keep up with every dope Australian artist out there, but it’s become an uphill battle lately with so much good music stemming from your shores. Can you help us out and give us the inside scoop about a couple massively talented Aussies we need in our lives?

This is a great question! There are so many talented acts doing great thing in Australia at the moment. You might know these guys; but if you don't you should check out Motez, Hayden James, Seekae, Hermitude, Golden Features, Boot Action, Cassian. They are all killing it!

It’s no secret that Hermitude are legends in Australia’s hip-hop/electronic scene. Would you say the fellow Sydney residents influenced what you guys are doing now, and how big is it having them remix your music and play shows with you?

Yeah they are amazing! So great to watch live. We were blown away when they agreed to come out on tour with us as in Australia they absolutely crush it. People need to see what they are doing so we are stoked to be putting them in front of some people who might not have seen them yet.

Are there any must have Australian products that you don’t leave for tour without?

There are a couple of necessities that we get from home; Zanerobe sureshots are the best pants for flying and travelling anywhere in general, we tour with this little JBL travel speaker and some decks that we use to set the vibe in our green room. Also, there is this thing called Lucas' pawpaw ointment for your lips on long flights. You need it.

What TV shows or movies do you watch on repeat to keep yourselves at least somewhat...Sane?

Curb Your Enthusiasm is a thing we like to watch together for a laugh on tour. It lightens the mood of a long ride in the van.

What are some secret talents that the boys of RÜFÜS DU SOL possess that the world needs to know about outside of music?

Jon's a pretty bad ass chef. Makes a mean tuna salad. James is kind of like a rain man in remembering names of people we met for 5 minutes years ago and I guess I know my way around a Rubiks Cube.

Closing things up, what can we expect from you guys as the year comes to a close? Any exciting news the world needs to know about?

We've got these shows coming up around the States and then we head back to Berlin to write the rest of our second album. We had a few weeks there before we came to the US and we're really happy to be writing together again. Haven't had the opportunity for a year or so and we've all been itching to get back in the studio so that feels pretty nice. I'm sure by the end of the year or start of next year we'll be aching to get back on the road and tour some more so we'll see what happens. 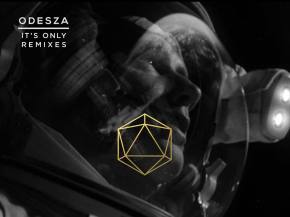 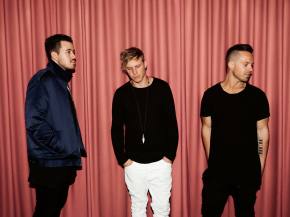 RÜFÜS DU SOL releases Bloom, 'Save A Prayer For Me' video