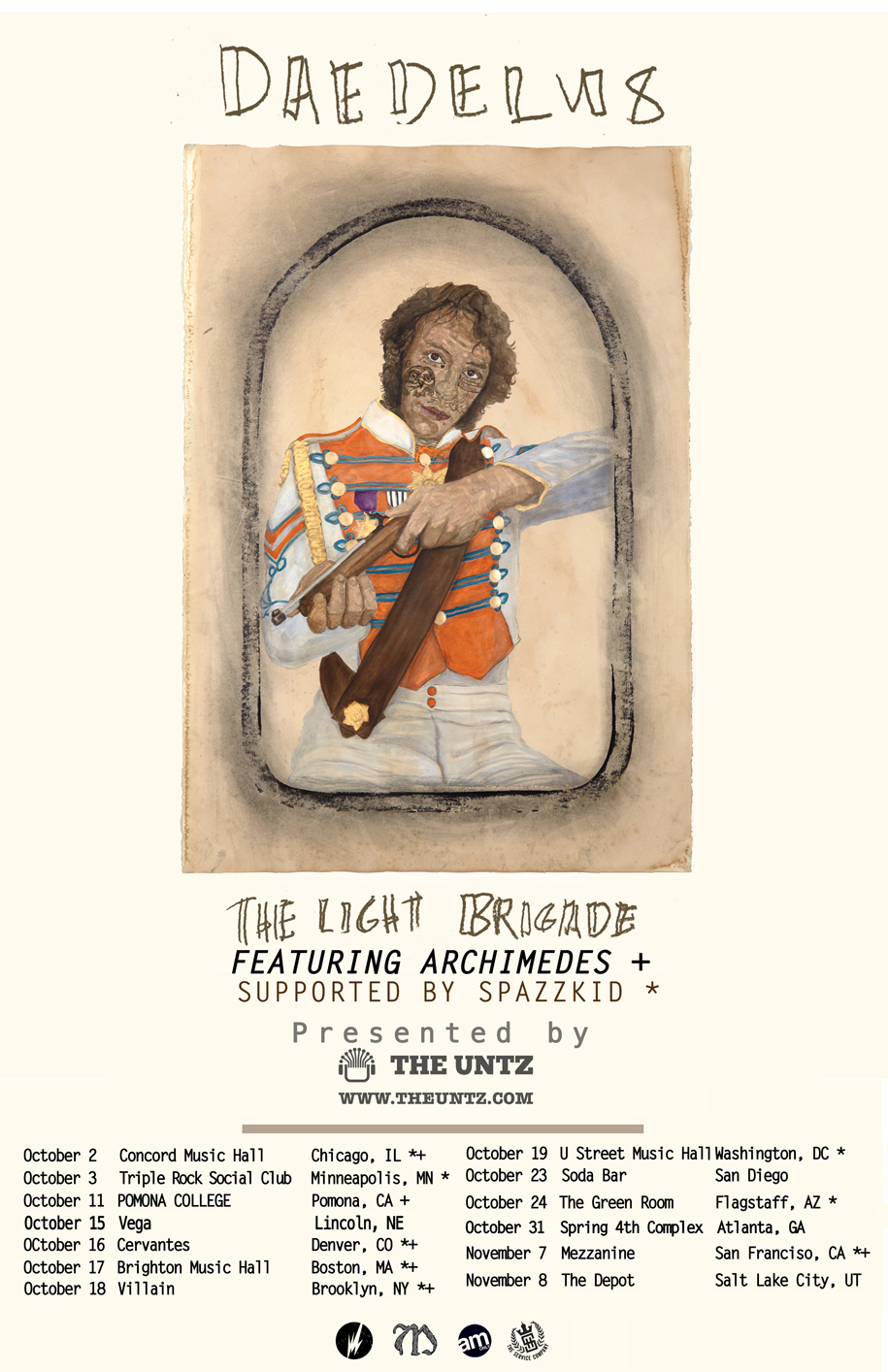 There's no doubt Daedelus will be dressed better than you when you go catch him on his new tour, The Light Brigade, of which TheUntz.com happens to be a proud presenter. But that doesn't you're not going to be the star of the show. Making appearances on special dates of the tour is Archimedes, the robotic sculpture comprised of dozens of mirrors independently controlled to reflect your pretty mug. Daedelus took the time (before his run begins in October) to answer some questions we had about the wholly unique stage accoutrement.

Much like Archimedes' (potentially apocryphal) "Eureka" moment, was the concept of your stage design an unexpected bathtub brainstorm?

The lightning that became Archimedes struck right before a Coachella play in 2011. I was searching for something to help me take the large stage as a solo performer. After speaking with many talented set designers and visualists one particular idea spoken by Emmanuel Biard struck a chord... "Fuck Video Mapping". You see I'd been growing a disappointment unspoken for a little while; large set piece shows, these video mapped monstrosities, hide the performers onstage. And as they kept one-upping each other those shows became more and more like movies and less like concerts. So when Mr. Biard said those magic words I knew he was onto something and the robotic mirrors or Archimedes were set into motion.
With the ubiquitous fog machine a certainty at most of your performances, your stage show will literally be smoke and mirrors: is that a tongue-in-cheek comment about the live performances of your peers, or is it just a happy accident?
It is honesty incarnate. We want you and the music to get lost together in a labyrinth. Smoke and mirrors are the most basic of illusions, but they also essentially don't lie, just redirect your attentions. I don't mind playing at magician if we have the freedom to improvise and really go somewhere. 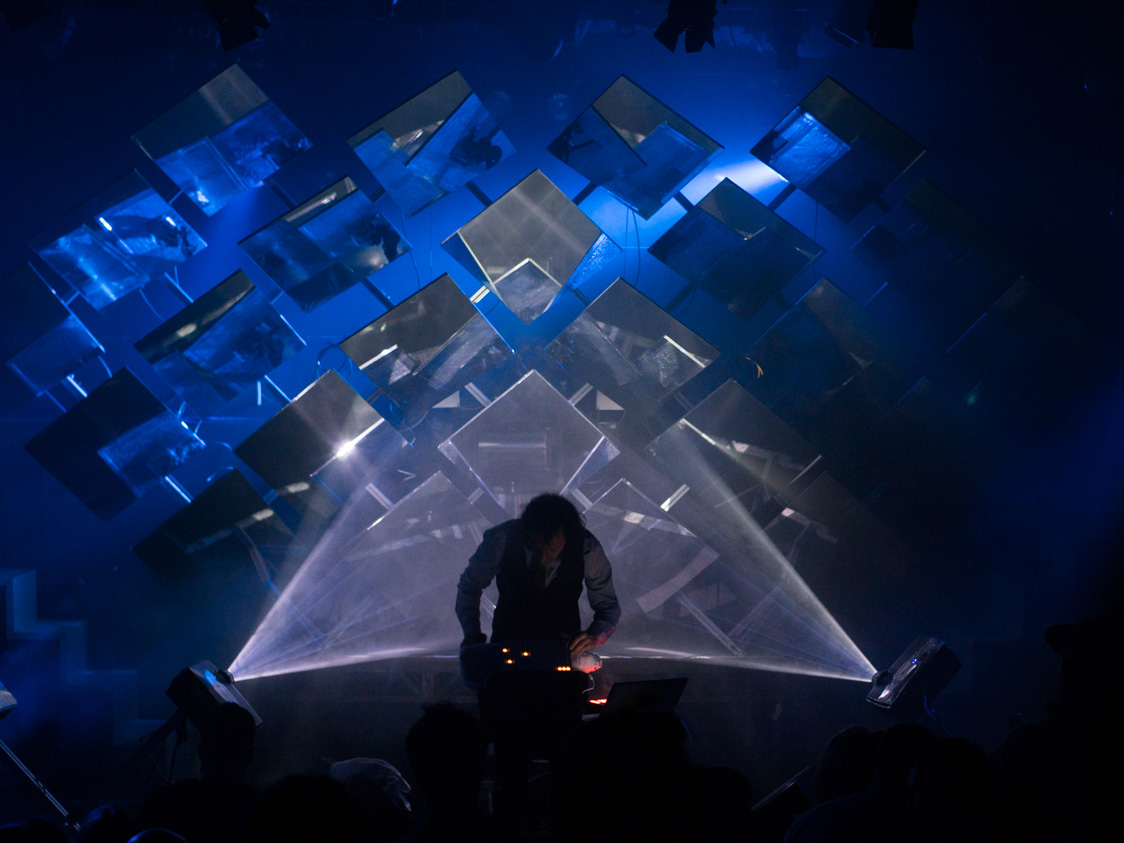 Is it a concern of yours to be traveling with what must be a fairly delicate apparatus? That's a lot of years of potential bad luck riding over miles of uneven terrain.
Every touring musician can attest to the range of superstitions employed in travel. The before a gig routines. The hospitality rider full of exceptions and aberrations to control the bad juju and court lady luck for brief moments on-stage. So thanks for the un-jinx bringing it up, reverse the curse.
With a lot of your contemporaries crafting production rigs that are all "me, me, me," was it a conscious choice between yourself and the designer to really invite the audience into the show, and in essence "reflect" their gaze upon you back upon themselves?
It's always been you, you, you. Although I'm the one with the podium, making music from the pulpit so-to-speak, people come of their own accord and I'm very well aware that they want something extraordinary for the nights they do breakaway from TV comforts and internet friends. Let's have loud music and beautiful machines and dress up for all the fun. 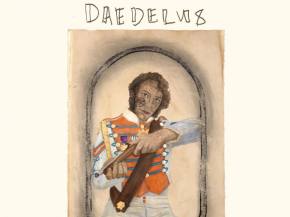 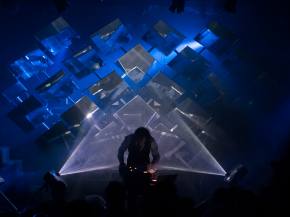