Psychedelic trance pioneers, Infected Mushroom, keep the ball rolling this year with the recent release of their Friends On Mushrooms Vol. 1 EP, now available on Dim Mak Records, which boasts four original tracks stretching various styles from reggae to trance and even moombahton. The Israeli duo, comprised of Erez Eisen and Amit “Duvdev” Duvdevani, has created quite a splash in the EDM world since their debut back in the late 90s. Over the years their talents have been recognized all over the world, becoming one of Israel’s top-grossing music groups and quickly establishing themselves as one of the scene’s most notable international acts.

The new EP is a perfect example of how the duo continues to reinvent themselves while still maintaining their classic Infected Mushroom sound. It features collaborations with other Israeli artists on-the-rise, Hope 6 (AKA Hatikva 6) and Astrix, for an eclectic mesh of Israeli music culture. If you’re looking for something to freshen up your love for this duo, and are searching for new world music to join your iTunes, then this EP is just what you need!

Infected Mushroom will continue to bring their psychedelic clash of trance and trip hop to cities across the U.S. on their current FungusAmongUS Tour, which kicked off earlier this month in Portland, Oregon. Inspired by Amon Tobin’s ISAM Tour, the duo has paired up with V Squared Labs for the ultimate visual counterpart to their already mind-bottling performance. The new stage design presents Eisen and Duvdev on stage in two separate lighting pods for a 90-minute show synced with 3D mapping visuals that will, pardon this cliche, BLOW YOUR MIND.


If that isn’t enough stimulation for you, the duo utilizes the new touchscreen Emulator Dual View System throughout their show, whose transparency allows fans to get a peak at their production skills from the audience. Needless to say, this is the future of electronic music production. Eisen explains how it works in this interview with developers Smithson Martin, posted below.


Their next scheduled tour dates take them down south to Florida for their show in Orlando at The Beacham Theatre alongside supporting acts Shreddie Mercury and Randy Seidman. Keep an eye out for future developments with these two and treat yourself to their new EP, now available on iTunes, to hear what all the hype is really about. 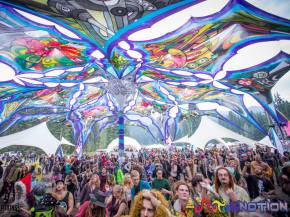 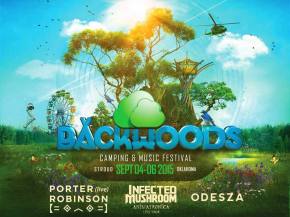