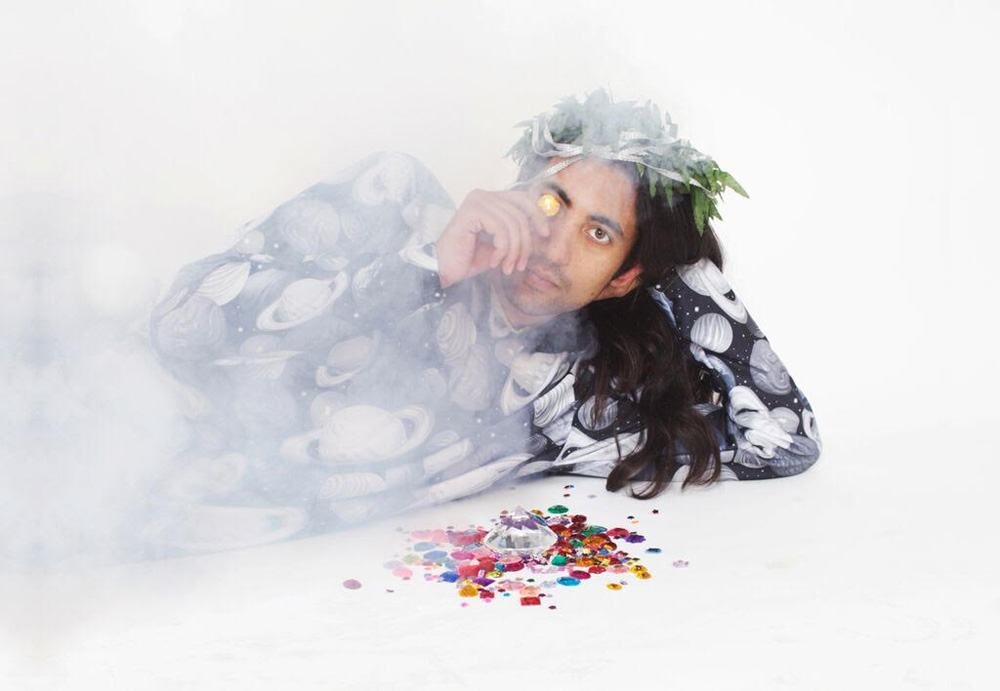 Bouncing from Brooklyn to Boulder, Space Jesus explores the electronic auditory universe in search of lower frequencies, future feels, and fire beats. Bass-infused with a hard, deep, raw vibe, he projects an element that few are able to match. His tribe of loyal followers come by the thousands to hear the futuristic beats he has conjured and brewed up for them on the mixers like an out of control spaceship.

Jasha Tull has been circling the fringes of the festival circuit for a minute, but it feels like with the rise of the Weird Bass movement, that melting pot at the edges of the psychedelic bass and transformational scene where it runs right into the trap thunderclap, Space Jesus is suddenly finding himself at the center of a sonic locomotive that's beginning to gain a head of steam.

While his bread and butter has been the off-the-beaten path plays of F.A.R.M. Fest and even Shambhala on the bigger end (though it's always been a haven for the strange), Space Jesus has made his way onto much more mainstream plays like Mysterlyland USA and TomorrowWorld, which begs the question: is America getting weirder? Or is Space Jesus coming down to earth?

While TheUntz.com is far from anything resembling mainstream press, Tull has found allies in THUMP, and even appeared on Sway's morning show. He's also gotten mad props from Minnesota (who is closely aligned with another star in the scene, G Jones), who tapped him for support on upcoming DC and Milwaukee plays next month. The cabal of left-field producers he's worked with includes Yheti, Supersillyus, Skytree, Esseks, Zebbler Encanti Experience, and Freddy Todd. The crew runs deep.

Shortly after TomorrowWorld, The Untz had a chance to catch up with Space Jesus for a quick Q & A. This is what he had to say:

You got down and dirty this Sunday on the ICON Stage coming off with an Epic Set at TomorrowWorld 2015, what was the feeling like to be in front of so many people who supported you despite the cold, wind and rain?

One of my favorite sets of all time made that much more special by people braving the inclement weather.

The Space Jesus tribe of real ‘space people’ is true to the core. I witnessed it as they shouted your name through the sick bass beats you were dropping. When you take the stage, what unique element do you hope to bring to not just those that follow you, but to those who are hearing you for the first time?

Good vibes and an eclectic, high-energy performance. My fans are the real deal…I'm just trying to give them a show.

Taking the name Space Jesus is unique, controversial almost. Back when you where starting to produce music and establish yourself as an artist, the decision had to be made on that name; knowing the potential controversial backlash that might follow had to be a challenge. What’s the story behind Space Jesus? Where did you find the courage to say this is me, and this is the direction I am going to create "Space Jesus music?"

I didn't really think Space Jesus was a controversial name at the time and I guess I still don't. If someone doesn't like it they don't have to listen, but my intention is to give people something interesting to listen to. Any other politics or opinions are not really a concern of mine.

What’s in the cards for Space Jesus this fall and into 2016?