David Starfire's unique blend of world and underground dance music has developed into a distinct sound that reflects David's Creoloe heritage and a rich background of instrumental music, as well as today's hottest music trends.  David's grandfather, Oscar Rouzan, was a famous horn player in New Orleans. His aunt, Wanda Rouzan, followed suit as a recognized vocalist on the traditional jazz circuit.  With all that music in the blood, it's no wonder David was playing guitar by age 8, adding four additional instruments and his own  composition, production and recording by the time he was 17.

Around this time, electronic music production captivated David and he launched a successful touring career that found him in several different bands and enjoying a brief stint in NYC. After this exploratory period David found himself in San Fransisco, delving deep into the richly layered sounds of world music that so define his distinctive style today.

The most defining characteristic of Starfire's music is that it is defies categorization; it's an exercise in blending styles.  World music flavors, from Middle Eastern and Indian traditions of Bhangra, are prominent, but they are layered with electronic elements from genres like dubstep, trap, and moombahcore.  Ascend sounds like Govinda and Ott played an underground warehouse rave. The melodic and richly textured sounds of world music that most often find their way into the downtempo side of electronic music are utilized by Starfire in a manner that plays up their danceablity. You cannot help but think of big Bollywood musical numbers during some of these tracks, and that might just be the point. David is a festival veteran and is constantly touring. He performs live solo and as part of a live ensemble including supporting instrumental musicians, vocalists, bellydancers and hoopers. His band can consist of up to 15 members, or he can wildly manipulate mixers, live bass and electronic hand drums all solo.  Either way,  Starfire's performances are always dynamic and high-energy. Always embracing the collaborative spirit, Starfire is also a founding member of the Dub Kirtan All Stars project with FreQ Nasty and performs audio/visual shows with VJ Culture under the name StarCulture.  Ascend features collaborations with Afrika Bambaataa, Cheb i Sabbah, Natacha Atlas, Desert Dwellers and more.  These additional artists lend diversity and richness to Starfire's signature sonic gumbo.

Opening track "Indian Summer" draws listeners in with a bouncy fun vibe that has a definite summer feel. We can anticipate this one blasting on beach cruises and on the summer festival circuit. The vibrato chopped up vocals create an echo effect that provides depth and drama, building to a sexy vocal and expressive vocal break and then returning again to the echo. It is a captivating composition. The following track, "Shiva Lives" is a graceful instrumental track that impresses as spiritual in nature. Given the track's name and Starfire's involvement in the Kirtan project, it's not unreasonable to think that this track may have a more profound meaning than some of the more dance driven tracks (though this one is danceable as well).   This crisp and clean offering is free of vocals, glitches,  whoops and whomps. Nonetheless, a powerful energy (divine, perhaps?) courses through this track and makes for a profound impact. 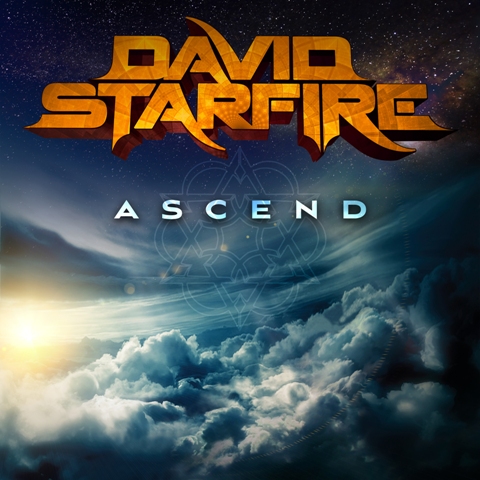 Next up, "Habibi", heavily flavored with Arabic influences, veers the album strongly in the direction of world music.  This track stays very true to its world music core, with accordian featuring more prominently than bass drops.  On the other end of the spectrum, "Jumpin Off" is the most clearly dancefloor oriented track on the album and is the  closest to mainstream EDM in style.   This track plays with brostep and moombahcore.  We are not partial to these chaotic off-shoots of their respective rapidly growing electronic music trends, and the incessant "I'm the life of the party" refrain does not help lure us to the dark (or not so dark, but super lazery) side.  Reggaeton is an old guilty pleasure though, so that prominent kick drum is slightly redeeming.  While these two tracks certainly show the range of Starfire's capabilities, Starfire does best when he strikes a balance  between world and electronic elements, such as on "Rahu", which falls between these two both on the track listing and on the musical spectrum. In another winner, "Big Chillum", Starfire skillfully incorporates Indian instruments into a trap tune with solid results.

We're partial to classics, especially old school hip-hop.  So "House of Bhangra" is one of our  favorites from Ascend.  In contrast to "Jumpin Off," "House of Bhangra"  has more of Starfire's mark, as Bhangra, funk and electronic elements merge into one vibrant and electrifying dance track. Of course, the mark of the  legendary Afrika Bamabataa is clear too. The robotic vocals sound straight off off Planet Rock and the funky underlying groove and the track's break beat pays homage to Bambataa's profound influence on the evolution of hip-hop. Speaking of genre defiers, Bambataa was the first hip-hop artist ever to be inducted into the Rock 'n Roll Hall of Fame. 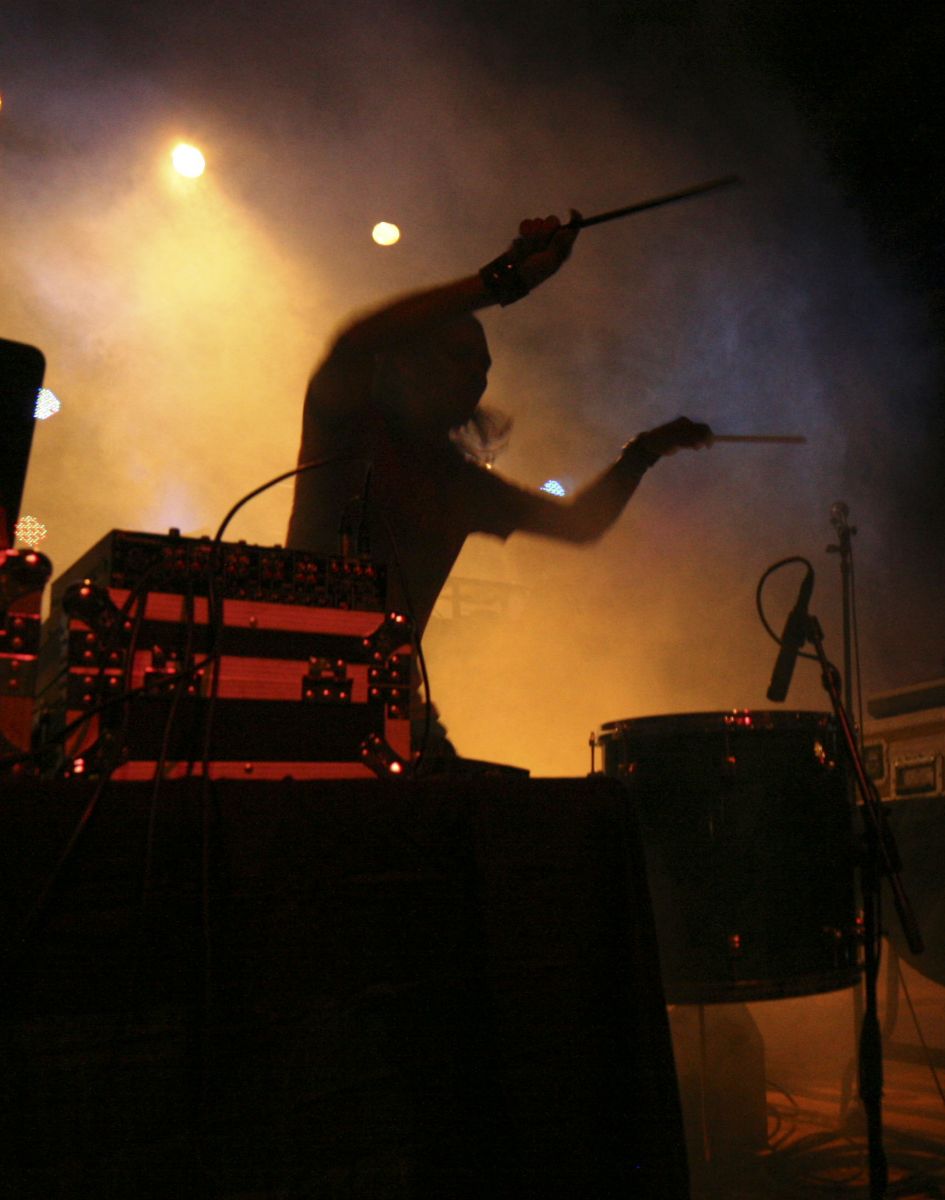 Two of our favorite tracks on Ascend draw on reggae and dub influences, showing another aspect of Starfire's impressively diverse style. "Knight Riddim," a chill dubstep track, is more richly layered than "Jumpin Off", the other dubstep tending track. Here the sound is more underground,  closer to the dark and dubby UK dubstep we prefer to the radio play/commercial side of the genre. Strong dub influences and the exclamations common to dancehall reggae stand out against a steady beat, as well as beats built on hand drum samples. Starfire also remixes "Crossin," a popular dancehall track off of the EP of the same name from Brookyln-based producer Juakali.  Slowing down the beat and glitching out the refrain vocals and adding a signature blend of drums and synths, Starfire takes this bashment hit and  brings it into the genreless sea upon which his musical ship sails.  The result retains the party energy of the original but gives it a smoother, more seductive vibe. The final track, "Electrify Me," continues on this trajectory, providing a sultry chill-step close to the album, complete with breathy and suggestive female vocals.

Overall, Ascend  is a distinctly Starfire offering, blending influences from across the board to create a dynamic and unexpected sound.  We look forward to seeing Starfire take these tracks live this summer and to witnessing the dance moves born of such energetic yet diverse sounds. David Starfire has long enjoyed pushing limits and exploring the playgrounds of musical production.  This album is a well-rounded offering with something to offer to a variety of different listeners. True to the album's name, Starfire has proven himself one to constantly ascend to the next level.

Ascend is out Feb 19th on Six Degrees Records.