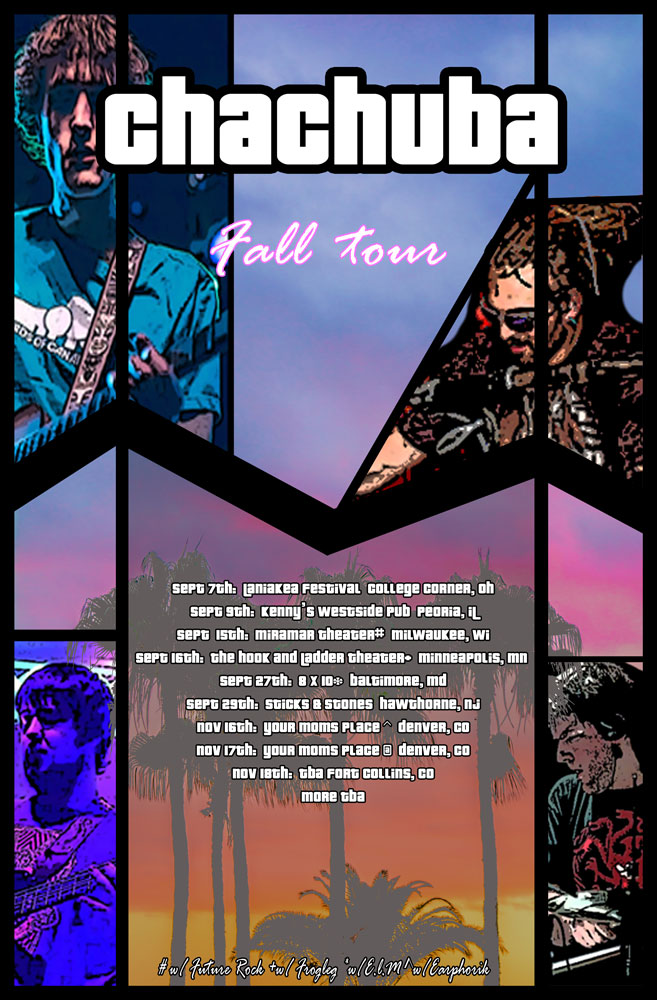 Chicago's Chachuba has been no stranger to The Untz over the past year, releasing a number of tunes and honing its livetronica sound. The four-piece live electronic hybrid has evolved its jam tendencies into jazzier territory over the past few months, and now the crew is ready to take the show on the road, heading out to the east coast for the first time this month.

To launch the tour, the band shares the video for “Toxic Canada,” recorded live. Deeper production techniques have resulted in a fuller exploration of electronic sounds and styles. It's a brand new direction for the band, which will see them take on their most ambitioues run yet.

Kicking things off today at Laniakea in Ohio, the crew moves back towards the midwest for a date in Peoria this weekend, and off to Milwaukee and Minneapolis next weekend, the first of those dates with legendary Chicago jamtronica staple Future Rock.

After dates in Baltimore and Hawthorne, New Jersey later in the month (with Frogleg and E.L.M., respectively, the band returns to Colorado late in mid-November for two Denver dates (Biscuits after parties) and a Fort Collins show.

Catch these guys on tour as they continue to expand and articulate their sound even further. More dates are being added to the run all the time.