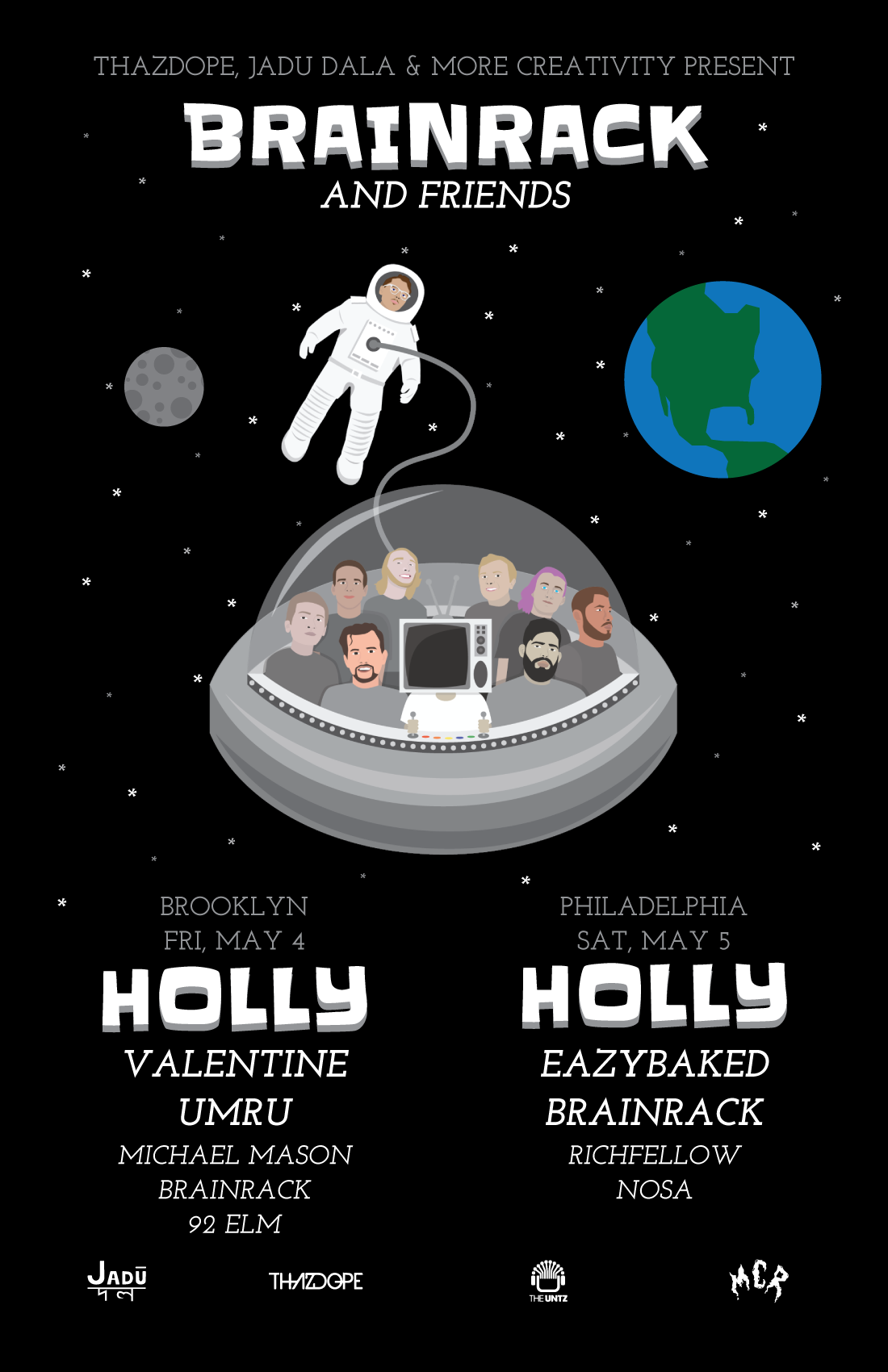 Up in Philadelphia there is a producer rising through the ranks. Alex Kennedy, better known as Brainrack has been honing his craft for years, and is ready to take the nation by storm. Kennedy has multiple releases on ThazDope Records, More Creativity Records, and Hybrid Trap with a forthcoming collab with Brightside on Wormhole Music Group.

Brainrack is assembling an all-star cast on a 2-night run with Holly in Philadelphia and Brooklyn on May 4th and 5th. On Friday, May 4th at Sunnyvale in Brooklyn, NY, the roster is Holly, Valentine, Umru, Michael Mason (Founder of More Creativity Records), and 92 Elm. The next night, May 5th in Philly at Voltage the lineup consists of Holly, Eazybaked, Richfellow (owner of Jadu Dala), and Nosa.

Brainrack has curated two nights of super squads from the northeast with international and national acts who are touring heavily and crushing dance floors everywhere. These two shows take place right between two tours that he will be embarking upon on the way to Backwoods with beardthug, and in May on the way to California for The Untz Festival where he will be performing a powerful B2B with ThazDope label mate Smokestax.

If you are unfamiliar, get in the know now and check out his most recent EP, Stay Tuned as well as a slew self releases avail on his SoundCloud. Every single one of this producer's tunes is absolute fire! We highly recommend Brainrack for any occasion on any dance floor. Keep your eyes and ears open to this name. He coming in hot, fresh, and fire in 2018.