Bonobo (British composer and performer Simon Green) has already received a plethora of praise and a rattling score of streams for his sixth studio album, Migration, which dropped a week ago on Ninja Tune. Following in the grand wake of the masterpiece that is Migration, Pulse Films just released its stunning official music video for “No Reason” (feat. Nick Murphy). Within a day, the music video has already received near 100,000 streams and counting which must ought to make director Oscar Hudson proud. Make no mistake about it, the music video is a highly crafted piece of art—matching, if not possibly exceeding the pure intrigue and captivating gravity of the track itself.

Influenced by iconic films such as, Alice in Wonderland and Birdman, Oscar Hudson’s music video has the feel of a magical and mystical world similar to Miyazaki’s, Spirited Away. The music video, having been completely shot in real-life and in-camera with no post work or video effects, attests to the creative and dedicated production. As a consequence, the final product feels truly real and transportive—holding the viewer a prisoner within the frames themselves.

Oscar Hudson was influenced by Simon Green’s themes of the transitory relationships of place and time as well as the concept of “Hikikomori.” Hikikomori is the Japanese modern phenomenon of young people—having become so overwhelmed by the pressures of life—retreating to their bedrooms for years at a time. As a city dwelling creature myself, I can completely relate to being consumed and pressured to near the point of breaking - at times only finding solace by camping out within my ridiculously small and over-priced city apartment after having barricaded my door completely shut in a panicked fashion with nearly all of my furniture stacked upon itself and against the front door. Hudson has reveled to the press that his intentions were to visually illustrate the intersections of physical and psychological spaces. From my perspective, he has done a truly remarkable job accomplishing the task at hand. 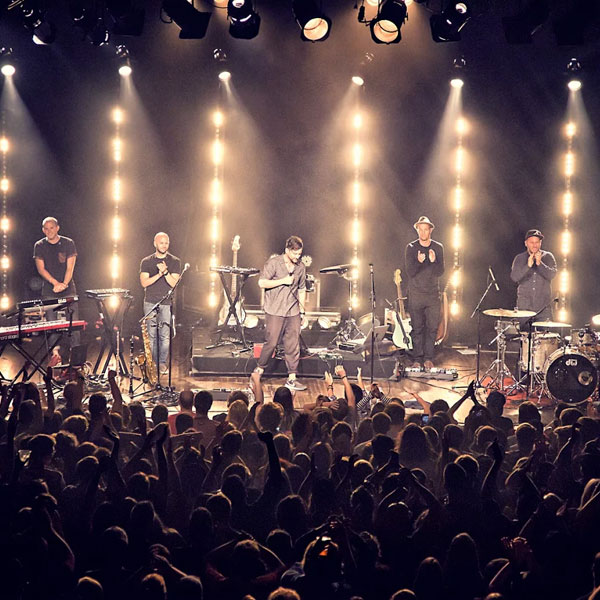 The music video begins with the protagonist awakening in his Japanese apartment, getting out of bed, and staring at himself in the mirror only before resting his head upon his own reflection in seemingly self-defeat. Then, walking through a doorway, he approaches what can only be described as a parallel universe where he encounters himself looking at himself within the same mirror he was looking into only moments ago and in the previous room. Are you following? Yes, it’s trippy and undoubtedly the begging of an astral projection. An astral projection, otherwise known as an out-of-body experience is a pretty wild thing to experience. Haven't ever had one before? No worries, just keep watching the music video.

From here, the camera and audience goes seamlessly from room to room to room. Down the rabbit hole, we continuously enter parallel universe after parallel universe. As we travel from each room to the next, it becomes more an more apparent that the proportions and the sizes of objects and the protagonist begin to morph to both smaller and larger scale. The camera’s movement creates an atmosphere of escapism with no relief. As the protagonist slowly becomes bigger to the point he can no longer fit within his own apartment and now must exist outside of it’s confines, we also take notice that the apples are getting ridiculously big too and the tea pots keep changing color and shape. What type of tea is this man drinking, anyhow? Never mind!

We eventually get to the the last room and parallel universe. This is where it gets metaphysical and the most intriguing. Now, synchronized to a change in feeling alongside Bonobo’s music, we are transported back towards were we started from originally, back to the very first room. And the crazy thing about our journey back to our primary reality is that as we pass each unique room and unique representation of the protagonist, each reality becomes aware of the astral projection traveling through and within each parallel universe. The universe becomes darkly aware of the traveller and tries to grab ahold of him to stop him. I absolutely love this. How could you not be intrigued by this?

As melancholy and metaphysical as Hudson’s music video to Bonobo’s “No Reason” is; it is somehow comforting and uplifting within its despair. If you were in a bad mood or felt trapped before watching this music video, I assure you, after watching you will feel a renewed sense of optimism and hope. Astral projections upon astral projections equals extremely mind-bending perspectives. To quote a late great American novelist, “Buy the ticket, take the ride.” I think that about sums it up.