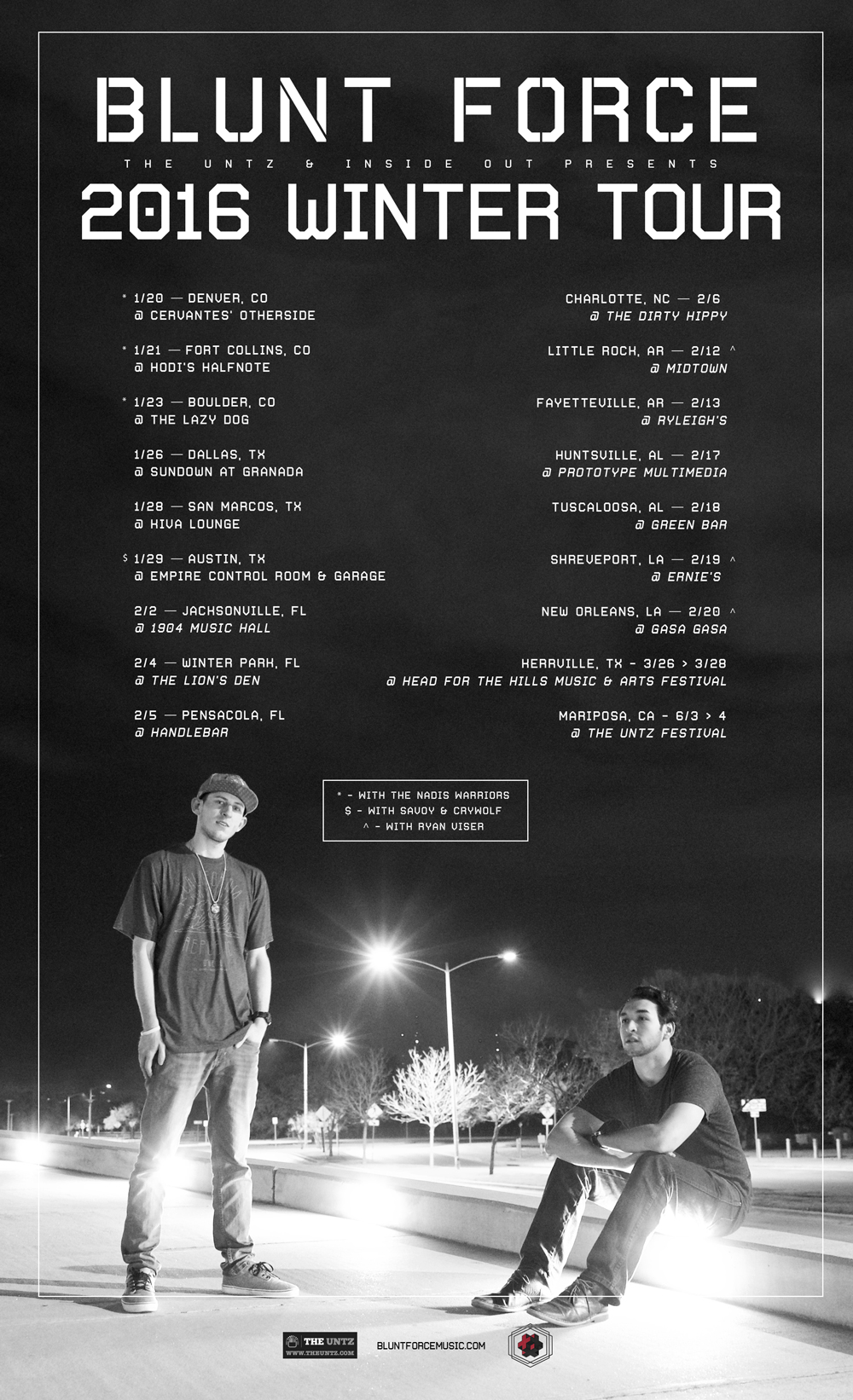 Future funk fans rejoice! Blunt Force is hitting the road for a Winter Tour, which TheUntz.com is proud to present. Brian Gustafson's soulful glitch-hop is paired with drummer Deniz Baykal for a one-of-a-kind live show.

The tour kicks off with shows in Denver, Fort Collins, and Boulder, Colorado. Then the pair heads home to Texas. The tour his Dallas, San Marcos, and Austin, Texas the last weekend in January, closing that stretch out in the band's home city of Austin, TX on a massive bill with Savoy and Crywolf.

February takes the boys to southeast for a run of shows in Florida that expands out into North Carolina, Alabama, and Louisiana.

In late March, the team will reunite for a special performance at Head for the Hills in Kerrville, TX, alongside Ozric Tentacles, Kaminanda, and more.

Then in June, we get funky with Kinetik Groove, Blunt Force, and Kinetik Force sets at The Untz Festival. We're expecting some magic from those three sets at the Mariposa County Fairgrounds in Mariposa, CA from June 2-4.

We have it on good authority that a Kinetik Force EP is on its way, but in the meantime, we'll be looking forward to the brand new Blunt Force tune we hear is coming out next week.

Stay tuned to TheUntz.com for more updates on the tour, as well as new music from this funky duo. 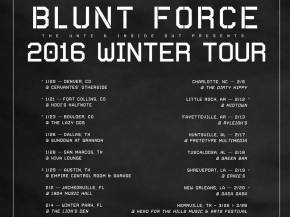 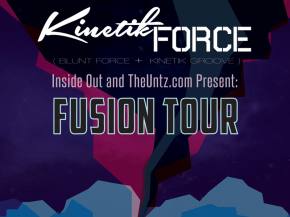