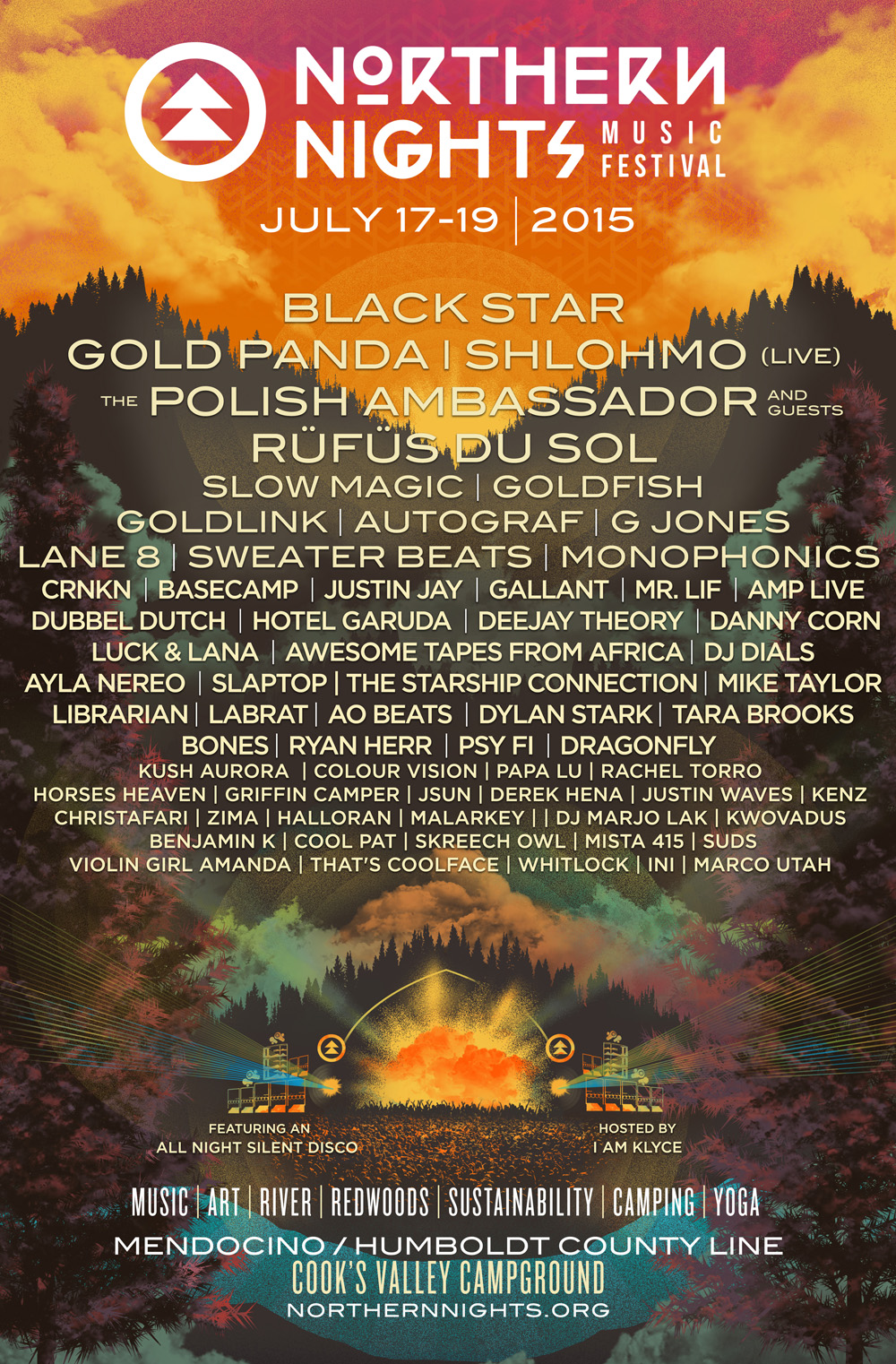 If you are living on the west coast, Northern Nights is crucial festival to attend. The crew has just released its final lineup, and all we can say is, "wow." This small festival does it right; location, lineup, greenness, stage design, sound, workshops; everything.
First of all, it's located at the wonderfully attractive Cook's Valley Campground at the confluence of the lush Mendocino and Humboldt Counties. Swimming holes, a redwood grove, a beach and plenty of room for patrons to groove. Allegedly, a bald eagle and some river otters have been known to appear. With that being said being eco-friendly is a must here. Northern Nights makes it a large part of their mission to be sustainable without a large human footprint on the land. They are even winning an award from the non-profit company A Greener Festival. How cool is that?
The line up is unbelievably solid. To name a few Rufus Du Sol, Dubbel Dutch, CRNKN, G Jones, Goldfish, The Polish Ambassador, Tara Brooks, Shlohmo and last but certainly not least, Black Star.
Black Star consists of two legendary hip-hop artists hailing from Brooklyn, New York: Yasiin Bey (Mos Def) and Talib Kweli. If you don't see anyone that weekend (which I doubt will be the case) these two are the act to see. They have been hovering in and out of the public eye since 1997 releasing a bunch of singles and one studio album. If you are unfamiliar check out "Definition" or "Respiration" and learn something about real hip hop.
If you're looking for a real festival to go to, with a true common goal and outlook, not one sponsored by Pepsi, Northern Nights is the one to hit. Grab your tickets now! General Admission $195, VIP $279. Don't sleep!
Get the straight dope at northernnights.org. And check out this righteous Autograf mix, made exclusively for NNMF.