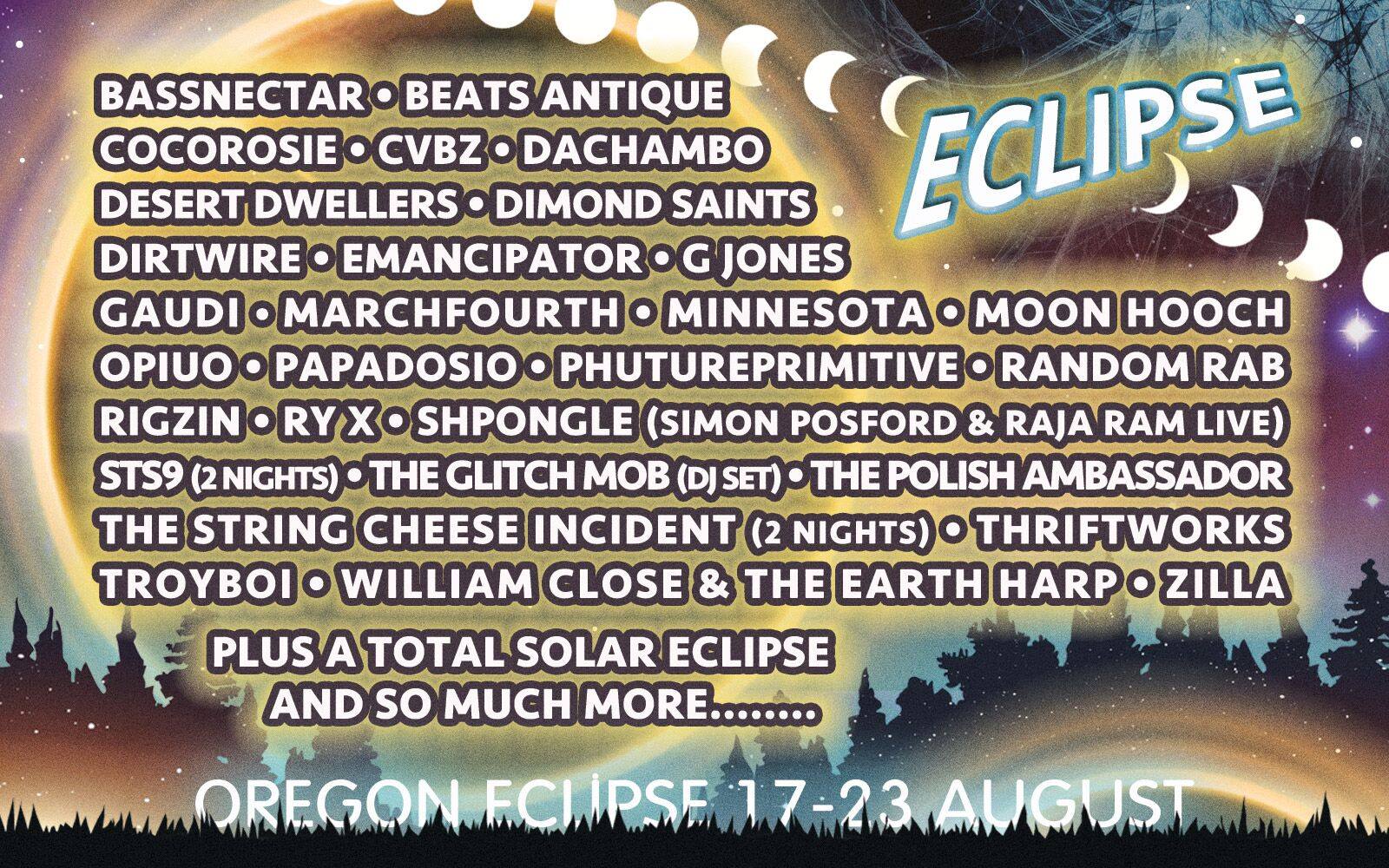 And they said it couldn't get any crazier.

Livetronica is well-repped with Papadosio, Emancipator, ZILLA, and more. The Polish Ambassador is on there, Troyboi, Random Rab, Phutureprimitive, OPIUO—this lineup is pure insanity.

The super-festival comprised of a dozen worldwide organizers coming together to celebrate a massive total solar eclipse in southern Oregon from August 17-23 has assembled a dazzling array of stages bursting with mega star power, and they've just added the biggest to close things out.

Beyond these stages are the Earth, Sun, Moon, Silk Road, Big Top, and more covering psybass, house and techno, uptempo psychedelic music, dubstep, trap, and most electronic music genres. You could get lost staring at the lineups for each stage and keep finding new favorites along the way.

Oregon Eclipse brings together the produceres of Symbiosis, SONIC BLOOM, Beloved, Brazil's Universal Paralello, Mexico's Ometeotl, UK's Noisily, and too many more to mention for what will go down as one of the biggest and most imaginative festivals in history. The intention is there, all they need is you. The festival itself is in the path of a total solar eclipse, from which it derives its name, and will be fully visible from the sprawling grounds.

Get your ticket and more information at oregoneclipse2017.com, and find out what all the fuss is about! Experience passes go on-sale February 28th.