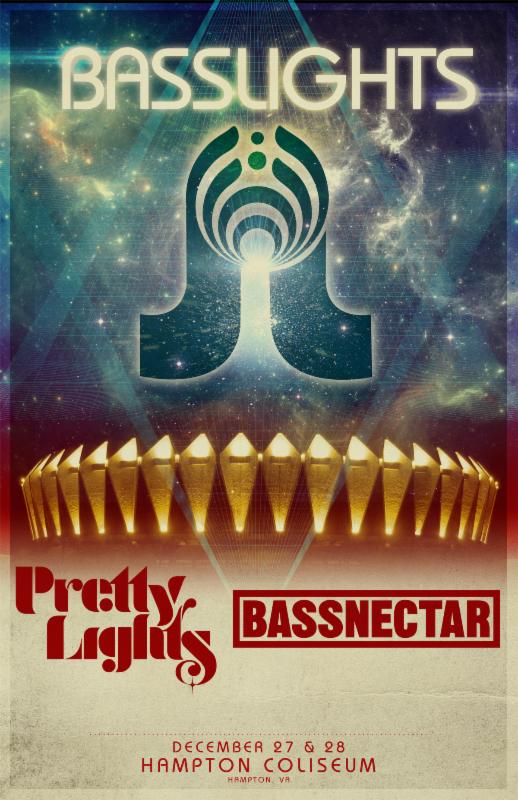 Following a weekend of mayhem in Miami, Bassnectar and Pretty Lights today announced that the next BASSLIGHTS incarnation is going down December 27th and 28th at Hampton Coliseum in Hampton, VA. The pair returns to the famed arena a year after its massive double-dip, which was--you guessed it, sold out.

Bassnectar is currentlhy on his Immersive Music Tour, and PL is following up his stunning A Color Map of the Sun release with his own major fall run. Lorin Ashton returns to Bridgestone Arena in Nashville, TN for his annual 360-NYE performance, the third of which will undoubtedly sell out. Derek Vincent Smith comes home to Colorado for Decadence, a major blowout which will ALSO feature Bassnectar on Dec 30th.

It needs to be said: let's just hear that secret collaborative EP already--the fans are dying. Let's go! At any rate, presale tickets go up tomorrow (10/23) at noon EST, and general tickets are up Saturday at 10am EST. Best of luck.