It brings a tear to our eyes when we help build a love connection between two producers. Don't burst our bubble and tell us that Abstrukt and SweetTooth were already going to throw down some nasty bass long they were both announced on The Untz Festival—if that's the case, I don't want to hear it. I'd rather pretend like we were responsible for some cross-lineup collaboration.

Devan Klemm a.k.a. SweetTooth has been thriving in his southern California community of bassheads. His crew's parties at Revolt LA have become legendary, and racked up hundreds of thousands of video views in riddim groups. Meanwhile, Adam Lopez a.k.a. Abstrukt has been busy building his Fresno squad and finding himself on every big bass bill that rolls through town.

No matter how it happened, these two found each other and the world is better for it. Behold, their brand new creation, “Riddim Thots,” which is already blazing up a storm. Plenty of bass is busting out of this one, that's sure to fit right into any chop sesh you want to drop on unsuspecting fans. These guys take the stage at The Untz Festival, which opens its gates exactly 2 weeks from today. We can barely wait. You'll also be able to catch other monster bass gods like Liquid Stranger, NastyNasty, and EPROM when we take on Mariposa, California from June 2-4. Get your tickets now at www.theuntzfestival.com before they go up May 25. 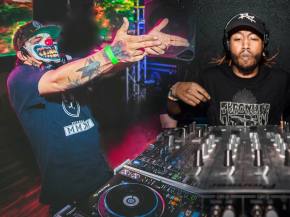 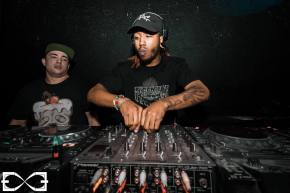