There was a newcomer to the Electric Forest this year. The Electric Glen, sponsored by TheUntz.com and American Music & Sound gave fans a chance to play around with the newest and coolest gear from brands like Reloop, Xone, Nord, and Studio Logic, as well as meet their favorite artists and listen to lively discussions about the various topics that modern musicians face in today's scene. 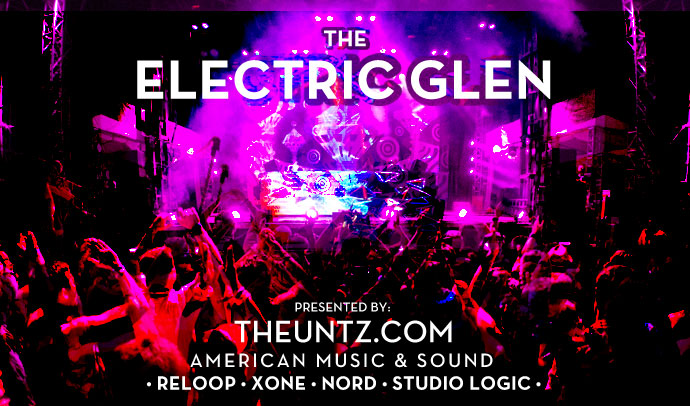 A major coup for fans was the panel featuring organizers of the festival itself, Alicia Karlin of Madison House Presents, Wes Samuel and Jake Schneider (agents at Madison House Inc.), and Carrie Lombardi of publicity agency LiveLoud. You can't begin to imagine the amount of work that goes into selling out a festival in the middle of the Michigan woods with more than 30,000 people to feed, shelter, and provide Port-a-potties for--lots of toilet talk during that panel.

We'll be releasing podcast versions of each panel for those who weren't on-site, and those will start to be released within the next week. Stay tuned!