In the wee hours of the morning on Friday, May 22, Vibe Street officially hit 5,000 Likes on Facebook! Enjoy his nighttime set from Euphoria as his special gift to all of his fans. Get them future vibes.

Early last month, one of Texas' prized music festivals Euphoria returned to Carson Creek Ranch in Austin with easily the most star-studded lineup in its four-year history. What the forecast predicted as a muddy mess of a weekend turned into a wonderfully cool and beautiful three days of phenomenal music, friendly faces, and good vibes. As a budding festival, Euphoria is proud to host the big names you know and love alongside many excellent up-and-comers. 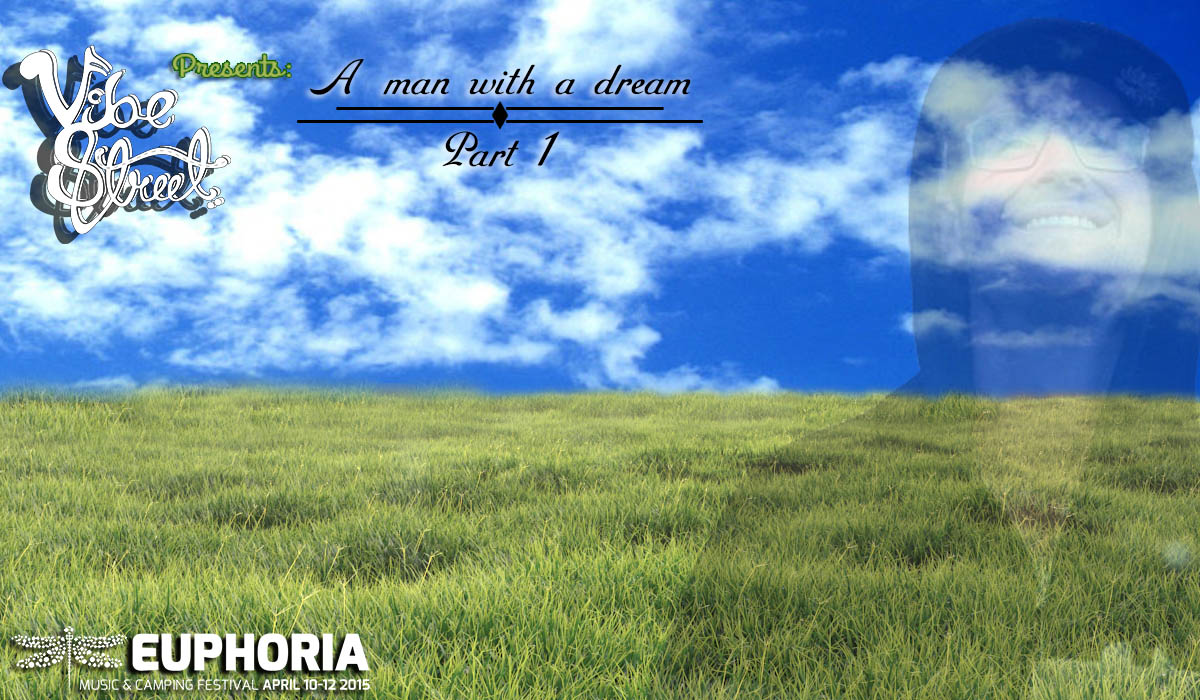 One of those up-and-comers was Denver-based Ben Davis, who performs under the moniker Vibe Street. Davis played not one, but two totally different sets on the second day of the festival. He started off with a mid-afternoon set on the main stage then proceeded to play a night set at the Jager stage. Ben distinguishes himself from the crowd by seamlessly blending the best elements of bluegrass, folk, blues, and jam into a one-of-a-kind genre he’s coined “Grass Hop”. All can be heard in his music which packs gritty synths, twangy guitars, and vintage vocals.

As a special "thank you" to all his newfound Euphoria fans, Vibe Street today premieres his daytime grass-hop set with The Untz, and will release his nighttime set once he reaches 5,000 fans on his Facebook fan page. Get to sharing!

I was able to catch up with Ben after the festival and talk about his experience at Euphoria and find out what he has in store for the future.

This was your first time playing Euphoria Music Festival. What'd you think?

I had the best weekend of my life, no exaggeration. Aside from my own sets, there was so much great music including a lot of artists I had never seen. This provided the perfect atmosphere for both excitement and inspiration! As an artist I was treated wonderfully and all of the staff people I interacted with were incredibly pleasant to be around.

Any thoughts on Euphoria 2016?

You bet I’d like to come back! I'll be spending this year dreaming about it… I want to do it bigger and even better. The team has been busy preparing a custom light show with lasers, and I can already feel how special it will be! 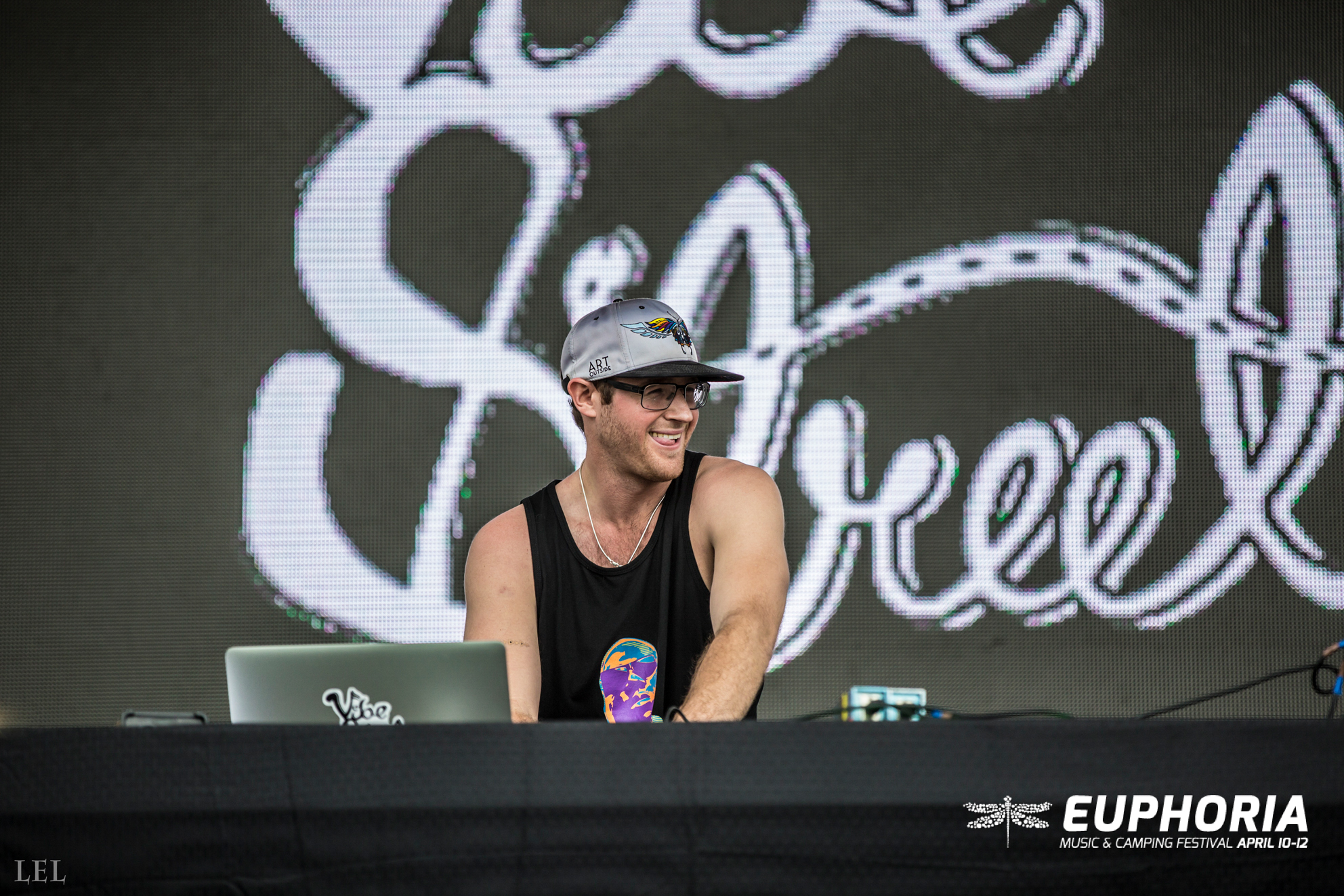 You played two sets on Saturday. How did you distinguish the sets from one another?

I wanted my two sets to showcase what I think Vibe Street is all about  - diversity. I was a music festival kid before I was a music producer, so I know what I want to feel at certain times of day in a festival atmosphere. While the sun is up, I want some laid back, groovy tunes…something that makes me boogie, but doesn't drain too much of my energy for the nighttime get-down. And of course, once the sun drops I want all-out mahyem, madness and epic space adventures. I want the music festival booking community to understand that this is what you get when you book multiple Vibe Street sets - completely different shows with all original music and no repeats. You get a vibe catered to match the precise atmosphere of the festival. In releasing these sets, I aim to demonstrate this concept; the day set is light, feelsy, jammy and blue-grassy, while the night set brings the heat. If I were in the crowd (which I often am), that's what I'd want.

Did you get to check out any of the other artists at Euphoria? If so, which performances really stood out?

I really enjoyed a couple sets by some friends of mine - Blunt Force on both the Dragonfly Amphitheater and Jager Stage, and then an up-and-coing Electro-Jam band Collidoscope threw it down on the Jager Stage night one as well. Sunday was my day to really enjoy music after my work was complete... Break Science -> The Geek X Vrv -> Late Night Radio -> RL Grime -> Thievery Corp to end the festival, all leading into an epic lightning storm was something else! 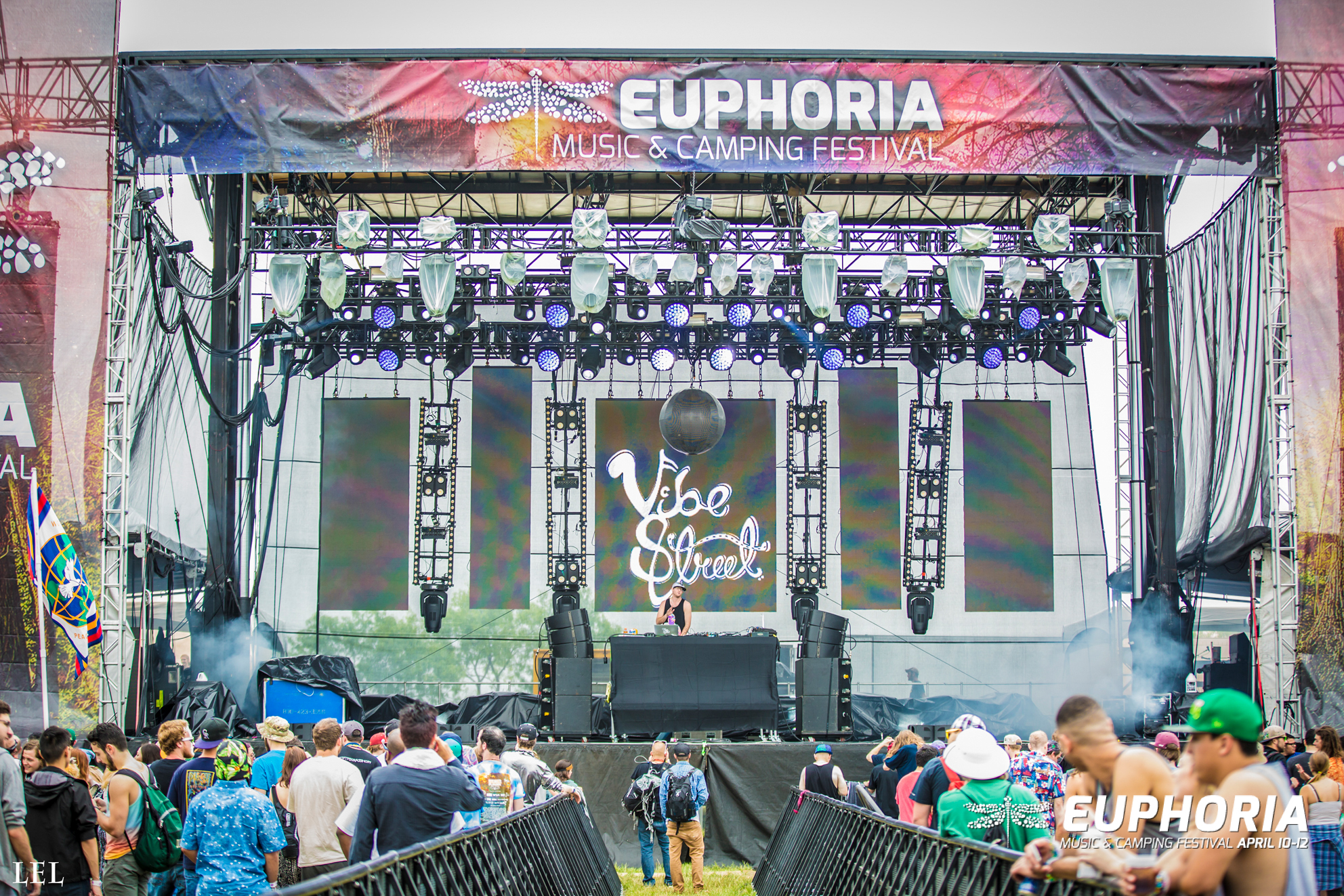 Which artist(s) turned you more to EDM rather than, say, traditional folk or bluegrass music?

I got into Pretty Lights, Bassnectar, Big Gigantic, Michal Menert, Opiuo (to name the most influential) before I really dug into the folk side. So those guys shaped where I wanted my sound (production-wise) to go, and then delving into the jam scene from there is what allowed it to spread to new territories.

Growing up, how did you get into music?  Which artist(s) would you say "lit the fire" and got you interested in music?

I'd say I got into music festivals before ever really getting into music. My first year at Bonnaroo I think I only actually saw one show (Snoop on Sunday afternoon!) - I was just so captivated by the atmosphere and fact that a place like that existed in the world. It wasn't until the next year when I really made it a point of exploring all the music the festival had to offer. That was also the year I was dragged to Bassnectar and introduced to electronic music, thus beginning this journey. Growing up I listened to a quality selection of classic rock that my Dad listened to (Talking Heads, Dire Straits, Floyd, Zeppelin, Stevie Ray Vaughn) which gave me a solid musical foundation.

Which artist(s) do you find yourself listening to the most right now?

I'd be lying if I said I listened to anything more than I listen to Pretty Lights… I’ve probably heard each song 10,000 plus times by now and I still find ways to get lost in each one of them. For folkier stuff I've been getting into Trampled By Turtles, and of course Railroad Earth. Opiuo and Griz for when I'm trynna hype up... and for bedtime its always either Phaeleh, Carbon Based Lifeforms or Solar Fields - those ambient, spacey jams that help me drift off. 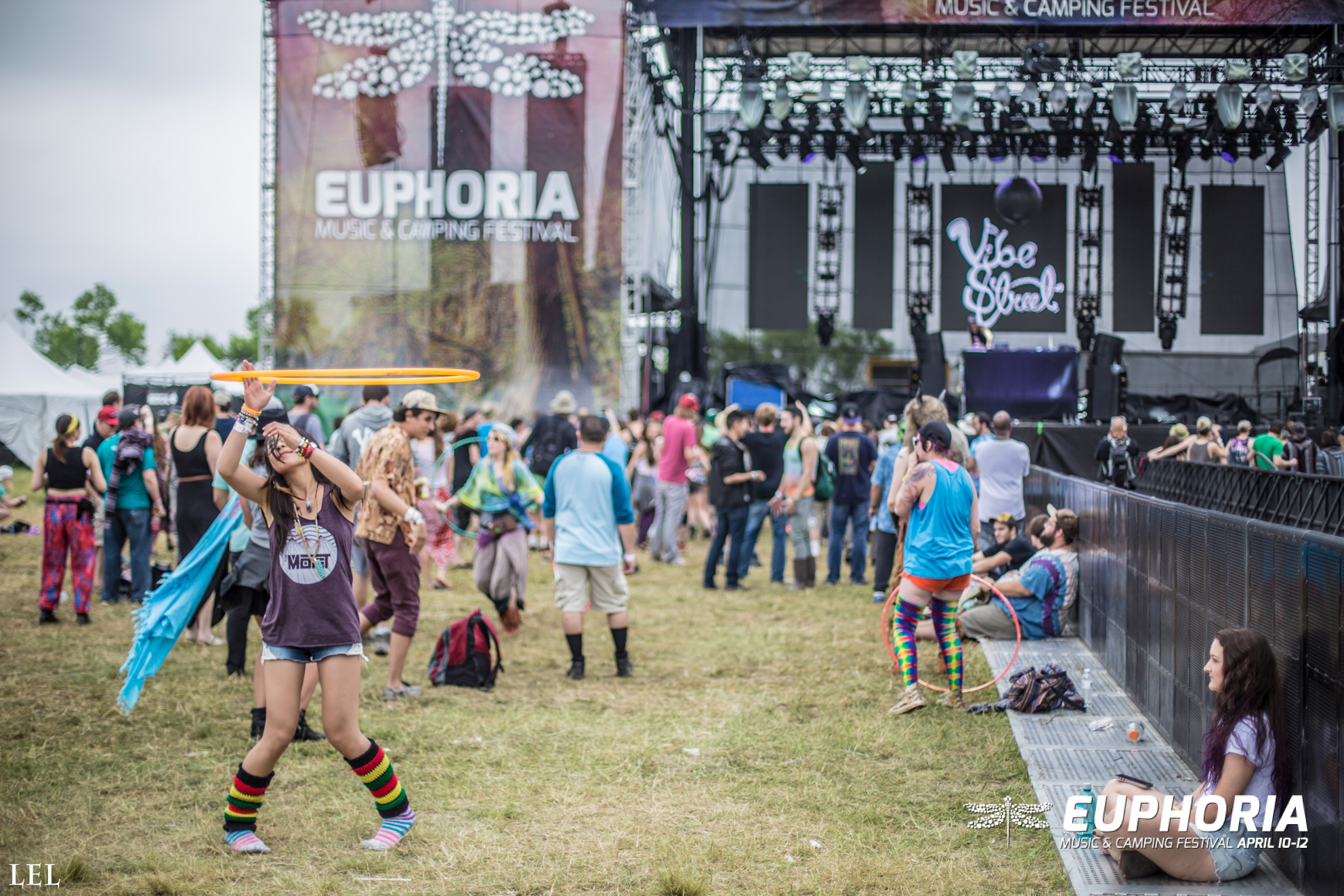 You've played a slew of shows with Break Science and Marvel Years, what's it like hanging out and performing with those guys?

Words can't describe how lucky I felt to be on that tour - Adam and Borahm treated Cory and I like homies from the very first moment, and made us feel incredibly appreciated at every show. Those guys have always been legends to me, so for them to open up their arms like that is truly magical.

Your latest EP She Makes Me Feel came out a few months ago, anything else in the pipeline?

My focus right now is on building and practicing my live shows with so many coming up. That being said, I love making new music, and have a few projects in the works (an official remix or two, perhaps), as well as some unreleased tunes that I’ve been sitting on.

Are there any upcoming shows or festivals you are unusually excited about playing?

My first Denver headlining gig at Bar Standard on May 28th is definitely a big one! Bringing out my drummer Greg Valley for the first time and have some other surprises in store. It's going to be a glimpse at the vision I have for the future of Vibe Street and I'm super excited to share what we have been working on.