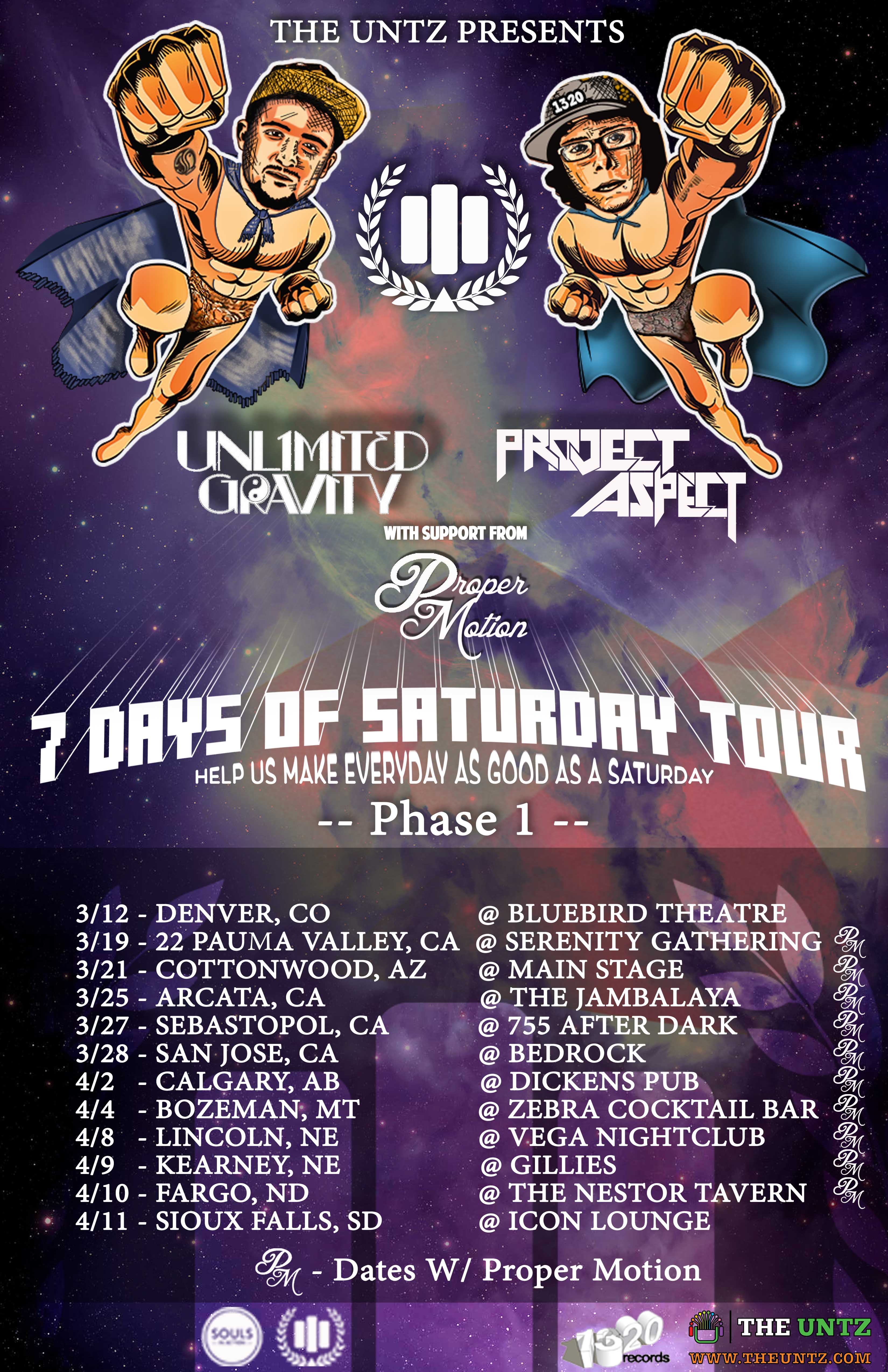 Don't you wish every day was as good as Saturday?

Ronnie Weberg and Jay Jaramillo think that's the way it should always be.

Unlimited Gravity and Project Aspect today announce they'll be heading out on the 7 Days of Saturday Tour this month and next. Beginning in their home state of Colorado, the pair hits the Bluebird Theatre in Denver, CO on March 12. Then Proper Motion joins the tour as it hits states in the southwest, The Plains, and knocks out a few dates in California.

Weberg just released a massive album, Event Horizon, on STS9's 1320 Records, and the LP is available for FREE DOWNLOAD. Jaramillo is also coming off the latest installment of his coveted remix series, which has him taking on tracks from across the world of pop, dance, and rock. Boulder's Proper Motion, AKA Noah Devaul Marion, joins Unlimited Gravity and Project Aspect on each but the first and last stops of the 7 Days run.

The brothers in bass are back. Catch them on the road this spring. 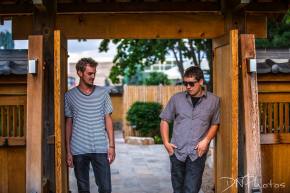