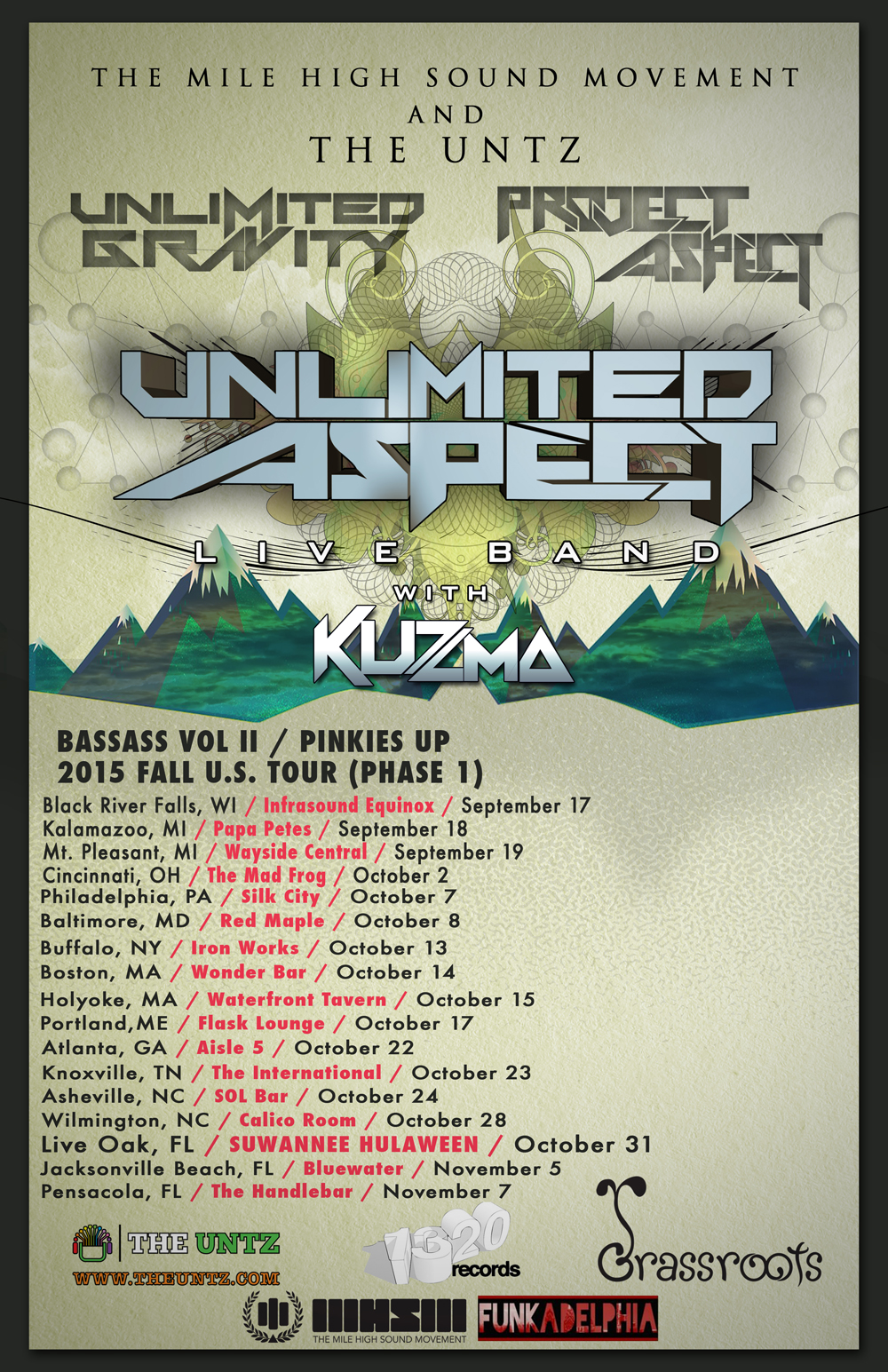 As part of TheUntz.com presents Unlimited Aspect live band tour, our homies Ronnie Weberg and Jay Jaramillo are bringing their Unlimited Gravity and ProJect Aspect projects across the country on an epic nation-wide run that features drummer Kuzma. In order to hype up fans on the next legs of the tour, the duo has released a brand new mixtape.

The Bassass Vol. 2 30-minute mix features more of that high-energy, subsonic power that we've come to know and expect from Weberg, and the potent remix and mash-up mastery of Jaramillo.

The Unlimited Aspect live band tour rolls into the southeast this week with shows in Atlanta, Knoxville, Asheville, and Wilmington, leading up to the huge Suwannee Hulaween play next weekend. The boys take over the Silent Disco on Halloween night, opposite Jason Hann's Prophet Massive set. It's going to be a disco for the ages.

Check out all the dates on this massive tour! Pinkies up!!