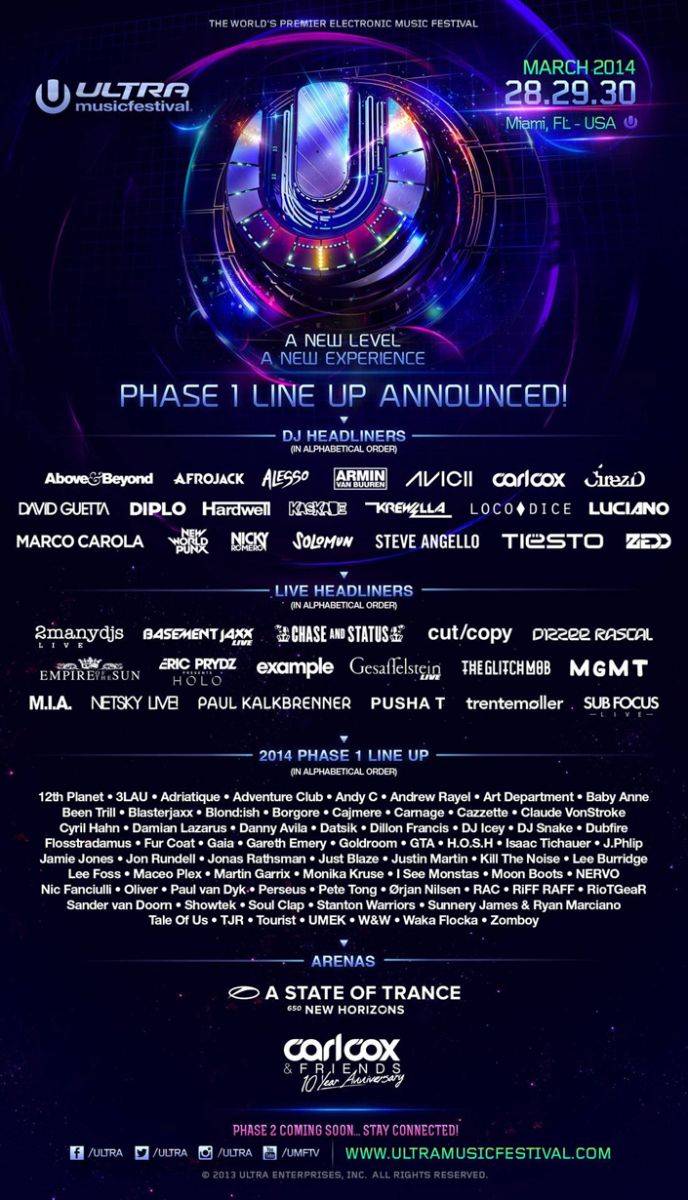 The world's premier EDM event, Ultra Music Festival, revealed its Phase 1 lineup today. Unsurprisingly, house, techno, and trance once again dominate the bill, with the return of artists like Avicii, Armin van Buuren, David Guetta, Afrojack, Carl Cox, Kaskade, and Hardwell. Trap and interestingly, rap made in-roads into the festival with artists like M.I.A., Waka Flocka, and RiFF RaFF joining the expected ranks of Dillon Francis, Flosstradamus, Just Blaze, and Carnage. The biggest name that stood out to us was the addition of The Glitch Mob to the bill, who are building up March dates in anticipation of their forthcoming Love Death Immortality release on February 11.

Ultra is back to a single weekend festival, after a dual week experiment last year. This is the 16th incarnation of the festival, which returns to Bayfront Park in Miami, FL on March 28-30th, 2014. VIP tickets are sold out, and only a few remaining GA passes can be found at ultramusicfestival.com.