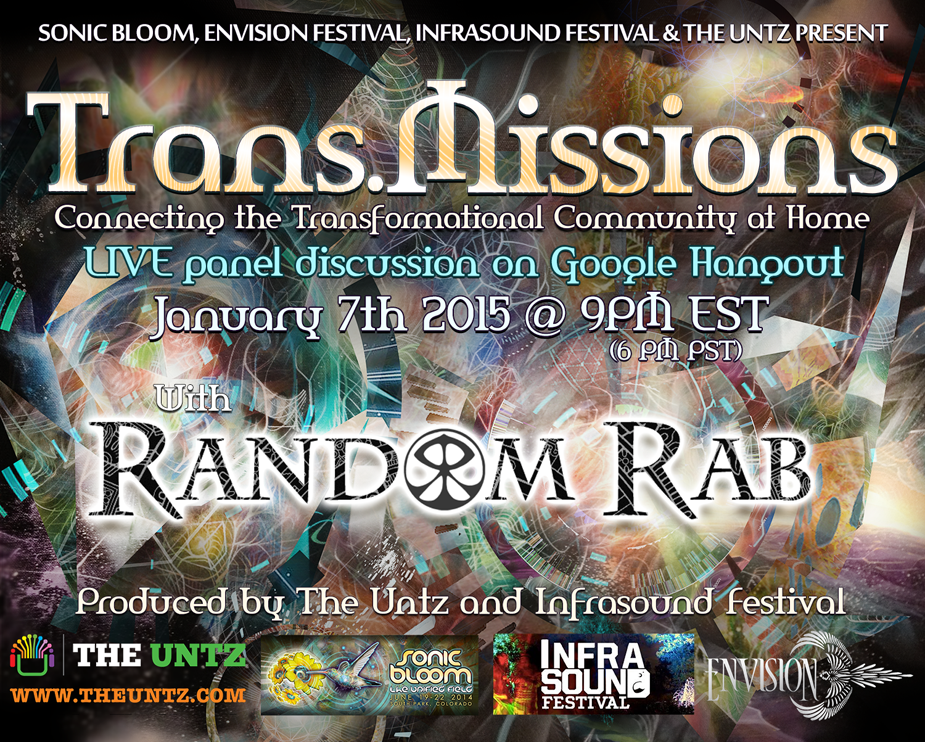 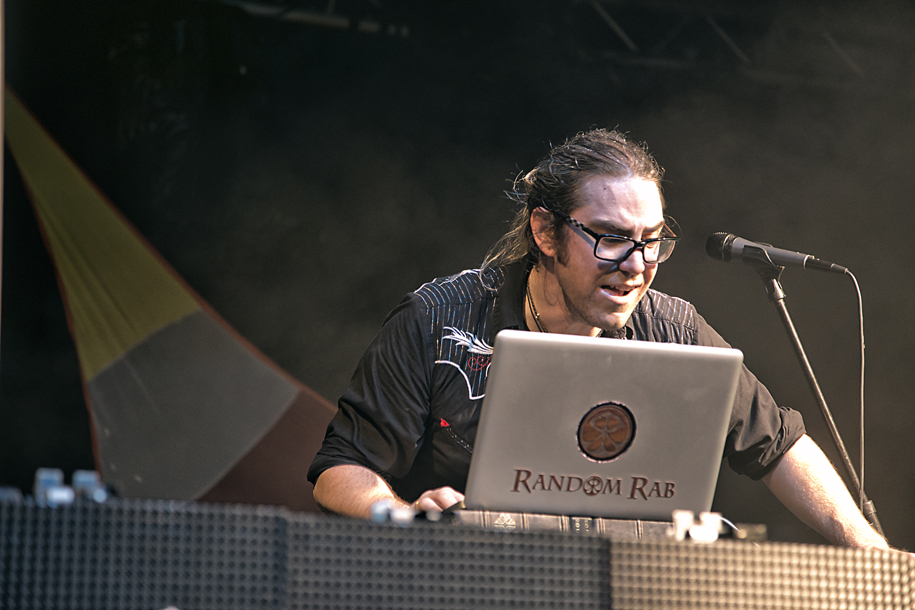 On January 7th at 9pm EST/6pm PST, the second Trans.Missions broadcast will launch as part of an ongoing series. Recently announced as a returning member of the Envision Festival lineup, Random Rab will be featured on a live discussion via Google+ Hangout. Producer and multi-instrumentalist Rab Clinton has been a staple of the transformational festival circuit, and his sunrise sets have become the things of lore. Fans who are unable to stream the panel live (at this link) will be able to watch it later on The Untz's YouTube channel.

Trans.Missions was conceived by Infrasound Festival and TheUntz.com as a way to keep the motivation of education, community, and sustainability experienced at transformational events alive when our bags are finally unpacked and the tent is stowed away. By connecting artists, organizers, speakers, and advocates with a broad virtual audience, not only do we retain that sense of community, but thoughts and ideas travel at the speed of light.

Three of North America's premier transformational festivals, Infrasound Festival, SONIC BLOOM, and Envision Festival are joining forces to reach fans of this movement all over the world. Moderator Anand Harsh of TheUntz.com will curate panels with incredible musicians and thinkers who stand as pillars in this global family who value art, ecology, and cultural exploration on par with the music that binds us all.

We encourage fans to get involved with the event by contributing their questions for Random Rab on a variety of topics from music to dance to festival culture and especially questions about his sound itself. Nerd out with us and join the conversation. Post your questions to the comments thread below, or Tweet your questions to @theuntz with the hashtag #transmissions.