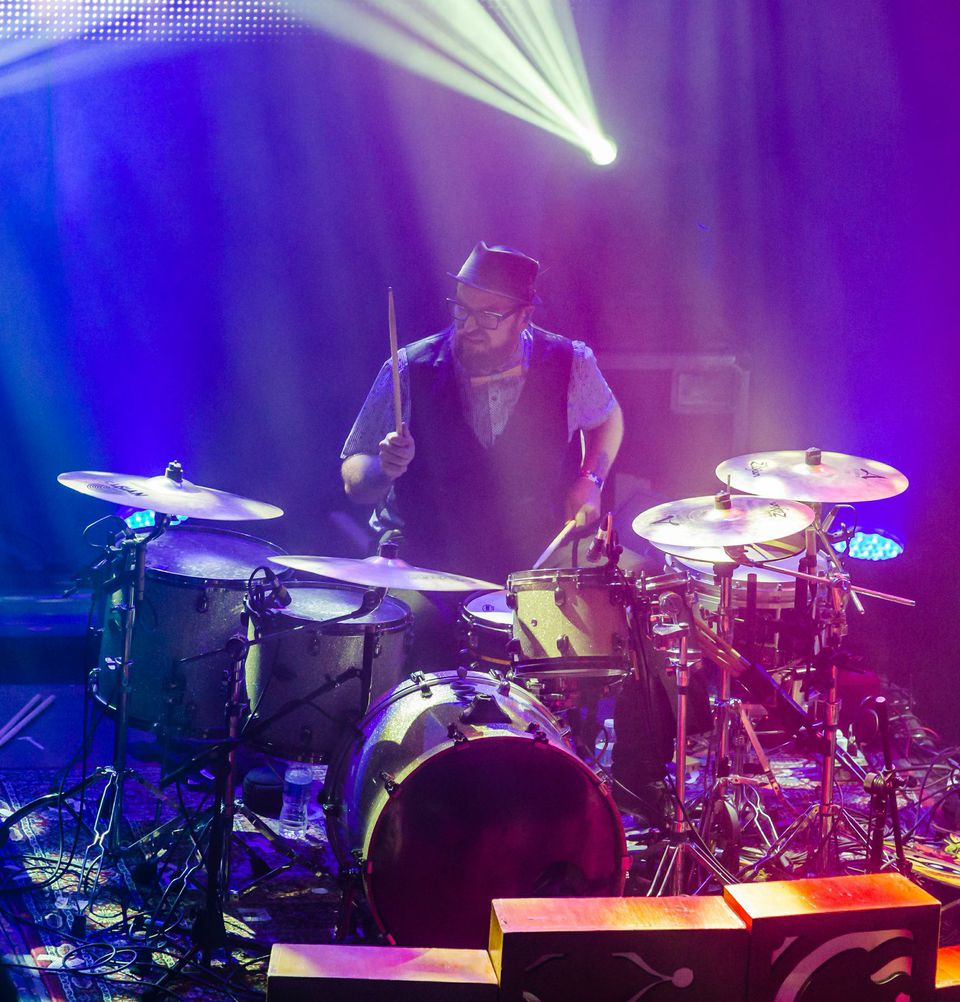 In this second installment of the Creature Carnival tour diary, "Sidecar" Tommy Cappel of Beats Antique tells us about the goings on of week two on the blowout tour that stars his outfit, Shpongle, Emancipator, and master of ceremonies Lafa Taylor. The trials and tribulations, and the fear of bodily injury. The roving circus hits Connecticut tonight, and is in Philadelphia and Syracuse on Saturday and Sunday.

Anand Harsh: You were in New York last night, how was the big show?

Tommy Cappel: It was great, man. The Best Buy Theatre was all packed up real nice. When we pulled up in our bus it was raining in Times Square, there's crazy traffic, our bus driver's in the middle of the road like "This guy's in our space, somebody help me!" So, having lived in New York before, I jumped out and was like "Hey guy, you gotta move," and he's like "No." And I'm like "we've got this big bus here and it's pulling in right now," and he's like "I don't wanna be next to the hot dog stand."

So he has to pull in front of the hot dog stand, meanwhile, this super shuttle is laying on his horn and I'm blocking like 40 cars, and he just hits me with his mirror. His window is down, and we're face to face, and he's just like "HONK! HONK!" Dude--you just hit me with your car!

Finally we pull the bus in, and I turn around in the rain and I see this giant, 40-foot wide animated Times Square-style sign that says "Beats Antique," and I think "Wow... that's really cool."

AH: What a quintessentially New York experience. Did you feel like you were back home?

TC: Nah. When I lived in New York I had better sense than to be in Times Square.

AH: Have you had anything that's approached the majesty of the unicorn stripper?

TC: That's definitely been the highlight. Not to mention the conversation I had with him when I ran into him and he's like "Thanks so much for having me," and I'm like "Oh, you're the sexy unicorn?" and he's like "Yeah, that's me!"

He was awesome. He just went out there and killed it. It was his spirit, more than his performance, and I feel like a lot of artists could learn from that.

We've had so many cool performers join us. It's quickly becoming our favorite part of the night, and it's just a cool opportunity to go out there in front of all those people in your hometown. It's so cool that our fans can have that experience.

AH: I imagine it's gotta be crazy loading in at a different venue each night, with a different setup, working these new performers into the rotation--while it's a new adventure each night, I bet it's stressful. 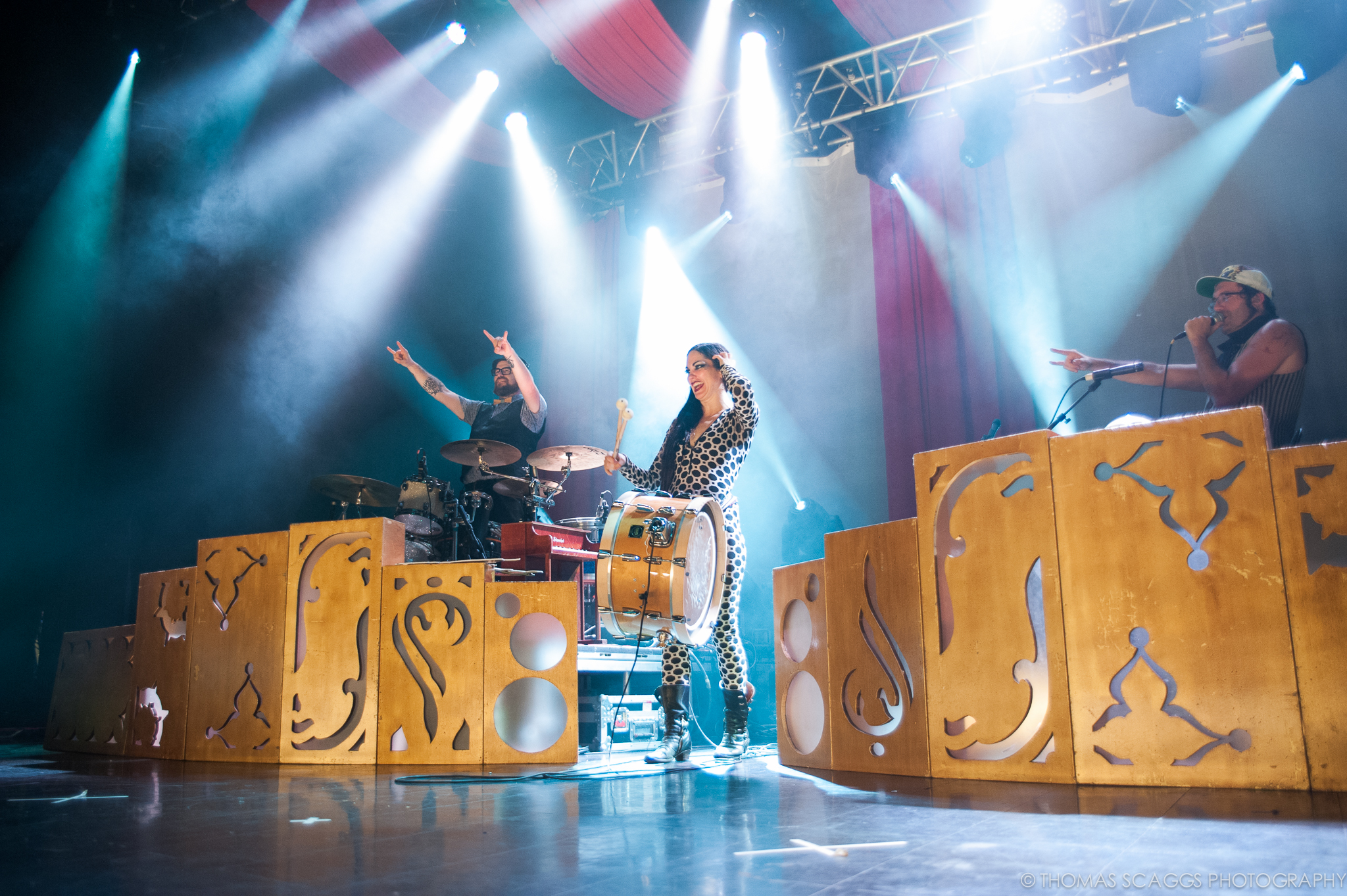 TC: Our crew has been incredible. We've had volunteers who have come out early and helped us setup our stations. They're the awesomest people in the world, they're all really dressed up and they're cool. The superfans are the ones who come out and help us.

We're working out the kinks every night and every day. It has taken on the carnival vibe, which is fun on the one hand, but it's a lot of work. But it's staying true to form.

AH: Without having to shovel any elephant shit.

TC: Exactly. We're not setting up a tent, but we're setting up the inside of a tent. We're filling it with a bunch of people who want to have a good time. And it's been really cool to have Lafa [Taylor] introduce all the acts each night.

TC: Yeah, and he's been a great friend of ours for so long, and he's just perfect for the job. And then to have Emancipator and Shpongle, it's like "What the hell... this is amazing!" It just makes for a really fun night, all around.

And we've taken actually taken on a new way of performing, so we're playing extra songs, playing old ones, new ones we wrote specifically for this tour, cool collaborations, as well as badass lights and all that. We've definitely played into the idea of "variety show." Shortened, more powerful versions of our songs. It's exciting.