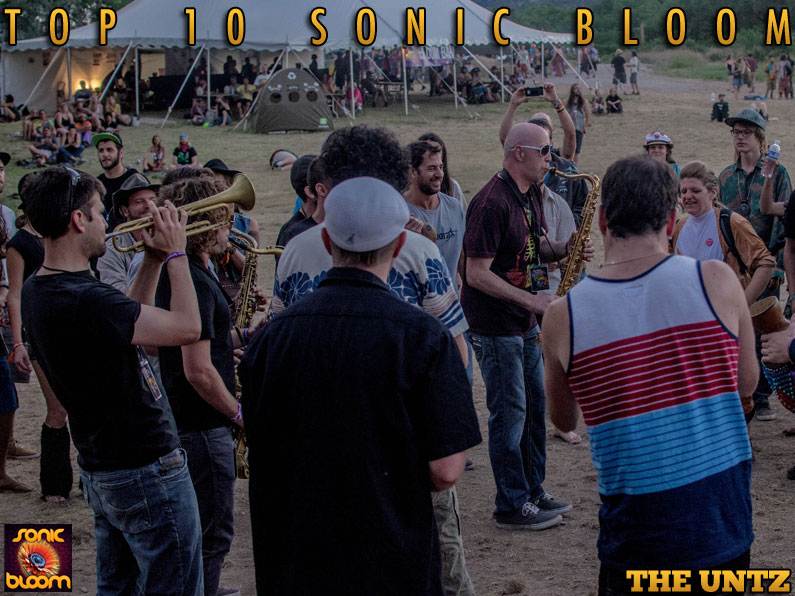 Each year, one of our most anticipated summer festivals is SONIC BLOOM. Not just because its lineup is always chock full of the underground electronic acts we know and love, but also because the festival reinvents itself year in and year out, bringing in artists we'd never expect, special sets, and plenty of acts we've never even heard of!

After selling out its 10th anniversary with a stacked lineup that featured livetronica legends STS9 at the top last year, the Bloom team set the bar pretty damn high. Thankfully, they had an ace up their sleeve in the shape of Dave Tipper who will be performing two sets over two nights. Add in instrumental and downtempo hip-hop savant Bonobo with a DJ set, and you've already got a perfect top line for the festival.

But fans know they need to see Tipper and Bonobo, but what about the rest? There are so many newcomers to the Bloom lineup, and they've definitely expanded into hipper regions of future bass and deep house, so Bloomers need a guide. We're not going to leave you out in the dust, good buddy! Check out our handy Top 10 list of acts to see at SONIC BLOOM this year, and you won't be sorry.

SONIC BLOOM returns for its second year June 16-19 to the gorgeous Hummingbird Ranch in Spanish Peaks County, CO located just a couple hours straight south of Denver on I-25. Visit sonicbloomfestival.com to snag your tickets.

As a founding member of ZILLA, the band responsible for SONIC BLOOM's genesis, Aaron Holstein's farewell tour after a decade as VibeSquaD will be bittersweet. In the mountains of his Colorado home, we'll send the drippy bass maestro off in a blaze of glory.

Another Colorado act, this Fort Collins trio has made a huge statement with its latest release, A Quantum Dream. This is one of the best livetronica acts in the state, hands down.

If you like electronic music, but you're unaware of the contributions to the field made by legendary jazz pianist Herbie Hancock (featuring members of The Motet and Big Gigantic), then you've got some studying to do. Or, you can just catch this tribute set from an all-star cast of instrumentalists and get your learnin' done while you shake your rump.