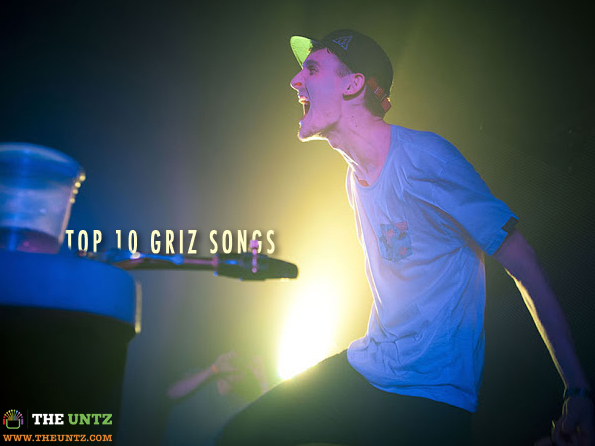 We like success stories. That's we're such big fans of the Wright brothers and that dude in a wheelchair from DeGrassi.

Nothing gave us the warm and fuzzies more than watching lil' Grant Kwiecinski run around The Blastoff in the middle of Ohio in 2011 doing 17 sets with his homies MuzzY and Freddy Todd, and then all of a sudden BAM! He's headlining festivals on the reg 12 months later.

GRiZ has since toured with Bassnectar, played Red Rocks multiple times, and helped perpetuate the Electric Forest mythos by participating in the epic throwdown that historians later carved into stone as Big GRiZmatik.

With two albums in the bag, several high-flying collaborations, and a half dozen remixes that postively leap out of your speakers, we decided it'd be a good idea to introduce newcomers to the back catalog of one of our favorite producers. We selected tracks that cover both albums, dabble in the remixes and collabs, and more importantly, mean something to us. Or is music not subjective anymore? These are the Top 10 GRiZ Songs. Enjoy.

Let's ease into this list. Not everything has to be bangin', and young GK knew it. Sampling Chet Baker automatically makes you cooler than a pack of Luckies. The maturity and sense of style to go smooth jazz on a track is baller beyond belief. You'd think this cat was 80 instead of the 20-years-old he was when he produced it.

Grant's "fans" shit the bed when they heard this one. "Noooo, you're going trap, GRiZ?" "What the fuck is this?" and various forms of "Eat my whole asshole" were spewed in the comments all over the net. I think his response was something along the lines of "Chill, B." So it doesn't sound like his other stuff. So he's trying something new. Just a fun lil' Jersey Club / future bass thang. Relax, people. It's like GRiZ inherited Biscuits fans, or something.

The Floozies (and Manic Focus, for that matter) can thank GRiZ, in part, for some of their success. True, they're badass, and would have risen to the top regardless, but a little boost from Liberated doesn't hurt. The nod from the saxman helped add a little juice to their meteoric rise. This track just sounds like the homies having fun.