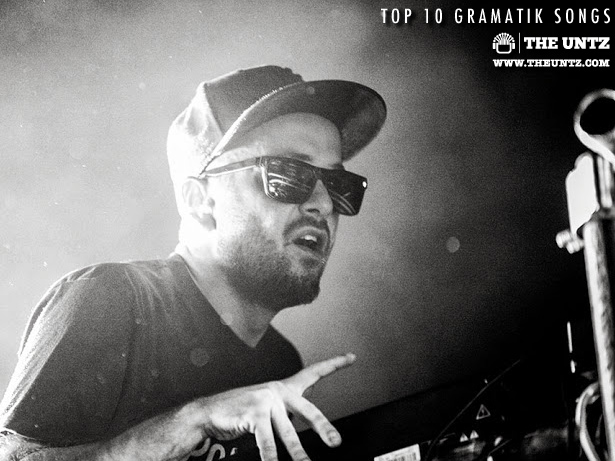 This was tough. Just sayin'. Denis Jasarevic is the man. Putting it plainly. Whether he's working with Russ Liquid, Eric Mendelson, or even Eric Krasno, the Gramatik sound is second to none.

His smooth, hip-hop beats got him signed to Derek Vincent Smith's Pretty Lights Music a few years back, but his particular brand of electro-soul evolved into something harder, something grittier. His "bluestep" sound led him to create his own Lowtemp label, and now he's responsible for a slew of Brooklyn-based superstars including Exmag, Gibbz, and Branx.

I initially interviewed Denis years ago, and then again at Electric Forest. Our paths have crossed many times in the interregnum and since, and every time I get that sly grin from the Slovenian producer--he's enjoying the ride as much as his fans.

Which is why picking just ten tracks for this list is a nightmare. From his Street Bangerz collection, to his breakout Digital Freedom album, to the whopper of a hit, this year's The Age of Reason, there's so much great material that whittling it down to a handful is excruciating. And the man keeps making more music, and with his Cinematik project, more videos! Basically, I tried to grab a track or two from each seminal release, and used our fans' responses to determine which of these classics are the creme de la creme. It's a crash course in Gramatik, and class starts now.

Beatz&Pieces Vol 1 is what broke Gramatik big in the States, sweeping the PLM crowd off its feet and bringing stardom and success right to Denis J's doorstep. You gotta dream big...

8. The Drink Is Called Rakija

Having myself gotten completely obliterated on rakija at a Bulgarian wedding, I know that at first, you're sippin' it all cool in the corner as the smoke from a cigarette swirls above your head. Twenty minutes later you're banging your head in double time and trying to wrestle the bride's cousin. Powerful stuff. This songs encapsulates the come up (and the come down) pretty well.