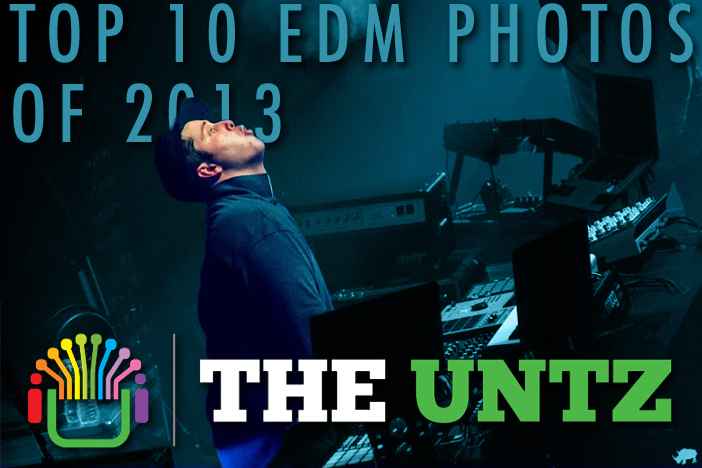 We've got such incredible photographers working for us at The Untz. These folks patiently sit on stage or in the pit, waiting for that perfect shot that matches the audio fans can't hear with the intensity they can only imagine.

Throughout the year, our photogs hit festivals, theaters, clubs, and after parties armed with only their cameras and the stamina to stay up all night hoping to get that one picture that makes it all worth it. For a lot of these images, the one we pick here represents only one of a dozen great shots from the entire show or festival, so we encourage you click the picture to link up with the entire slideshow if you like the selected snap.

Juliana Bernstein slipped this one just under the 2013 wire. It was a big year for March Brownstein, both as a member of The Disco Biscuits and Conspirator. Brownie may have hit the big 4-0 this past year, but look at that youthful glow and intensity--he's got another 40 of stage time left, yet!

Pretty hard to dispute the year Krewella had in 2013. Look at that Volcano setup--wicked production going into that thing. And it makes you look like the king of the world when you're doing your thing in front of it!

As cool as STS9's lights and production are, this really simple gem from one of their Red Rocks shows this past fall is a fun image of the band caught by David Haas that you rarely get with all the craziness that is a Saxton Waller light show.

Michael Holtberg leaped on stage at the House of Blues in Dallas and got to catch a great moment during Adventure Club's monstrous Superherous Anonymous tour that made them somehow even BIGGER this past fall.

You're damn right I picked two. Shaun Hollingsworth is a friggin' genius. You can't expect me to choose between Pretty Lights cheesin' and Bassnectar goin' in. In fact, this whole slideshow from MTN OASIS is incredible.