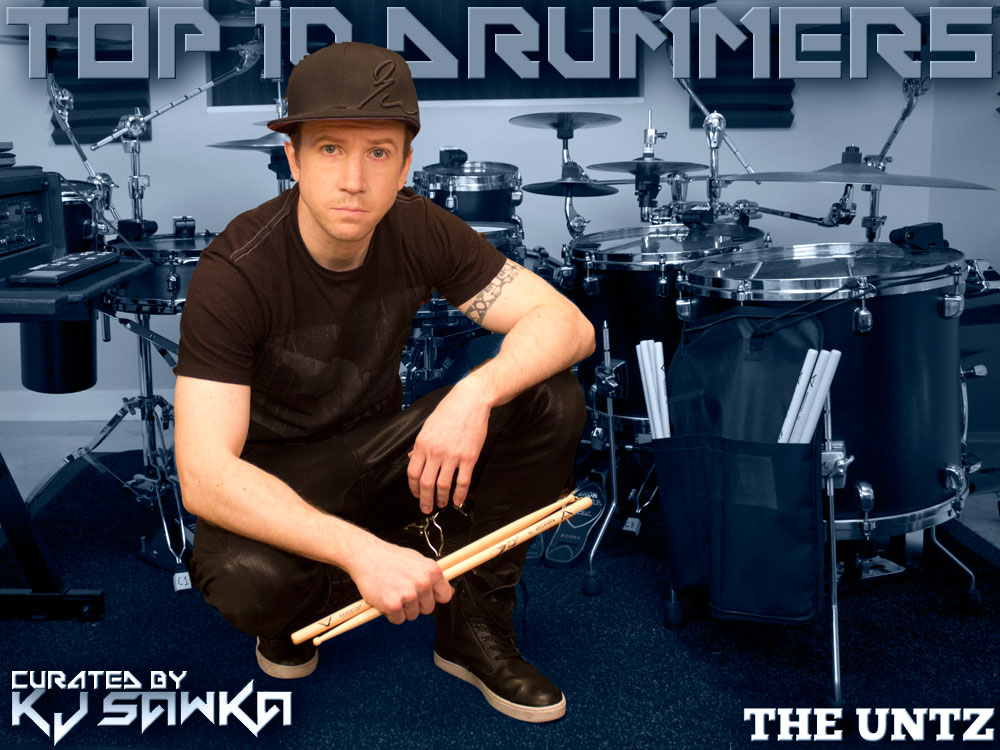 They don't call him the human drum machine for nothing. KJ SAWKA is, without a doubt, one of the top drummers in the electronic music scene, if not the entire music industry, as a whole. Talk about against all odds, the man has been a live drummer for Conspirator, DESTROID, and live drum & bass legends Pendulum--that's insanity!

In addition to releasing all sorts of sound packs and giving fans the inside scoop on his production techniques, Sawka also releases all sorts of insane how-to videos from behind the kit. He's a master drummer, so of course we had to pick his brain and find out who influenced him. He kindly assembled a who's who of incredible drummers from the past 50 years, and this list serves as a master class for those looking to broaden their percussive scope.

And in case you're wondering how his latest EP, Unsung Heroes, with the very talented ill.Gates is doing--it's been #1 on Beatport for a week and a half!

In kind of an order, these are 10 of my all-time favorite and most influential drummers. Notice that none of them are Electronic / EDM drummers. When I initially learned breakbeats and studied drum 'n' bass, I never was influenced by drummers drumming the electronic styles. I actually couldn’t stand listening to drummers mimicking breakbeats, especially drum 'n' bass. None of them understood the basic groove in my opinion. Still, to this day, I can’t really find any that do. I love it when drummers play what is in their hearts, not trying to mimic anything. I was influenced by the programmed beats themselves. Amon Tobin, Squarepusher, and Aphex Twin were some of my favorite programmers.

I mean HOLY FUCK.. Steve Gadd crushes all with his groove.  No one compares.. Neil Peart even took lessons from him in his later years.. Unfucking believable groove.  By far, one of the very best drummers ever. Ever.

Vinnie with his dark, large framed glasses and mullet. This dude is such a monster and one of the best drummers in the world. The one handed roll down the toms, oh my god. I studied this so much, and made it one of my tricks in my own solos. A master drummer.

It was hard to find good videos of Keith Carlock but he has something that no other drummer has. His groovy beats mixed with his beat displacement was super inspiring to me and it helped me create many of my odd and displaced drumming licks, which I use all the time.