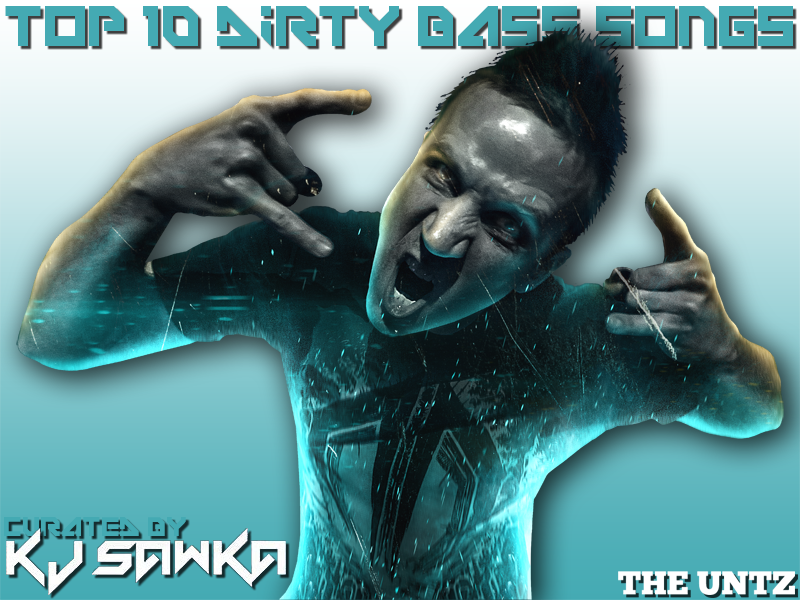 We've been having a run of experts curate lists here on The Untz, and for a selection of ferocrious, dirty bass-fueled bangers, there are few experts better equipped to weigh in on the subject than KJ SAWKA.

As a drummer for the legendary drum & bass outfit Pendulum, the dubstep supergroup DESTROID with Excision and Downlink, as well as a talened solo artist in his own right, KJ Sawka knows heavy. His latest project was the live MIDI fighting battle show with none other than ill.Gates. The duo recently dropped its Unsung Heroes EP on Sawka's IMPOSSIBLE RECORDS, and it's been soaring up the charts since last week.

It's a treat for us to be able to share some of the tunes KJ Sawka has been rocking in his sets, and repping on his label. Strap it in, because it's about to get loud up in here.

This list is like a buffet of music, artists, and styles that I want to share with everyone. Many of these artists are homies and have lots of influence on my music and career. I also put in some of the artists on my label and my own music, as a way of expressing my personal tastes. This is just the bass music side of my personal tastes as I love all styles of music.

These guys are sick as fuck. I’m been a fan of The Upbeats for so many years. They continue to bring the best drum n bass to the scene.

12th Planet is one of the first guys in the scene that I met. We met at Big Day Out festival in Australia I believe, when I was on the Pendulum tour. EDM wasn’t even a thing then. Lumberjvck is blowing up fast. Nice dude and great producer. We are looking forward to a collaboration at some point.

Incredible new sounds coming from Snails with his vomstep. I fucking love it. Antiserum is one of the first guys I met in the scene after coming back from London touring with Pendulum.