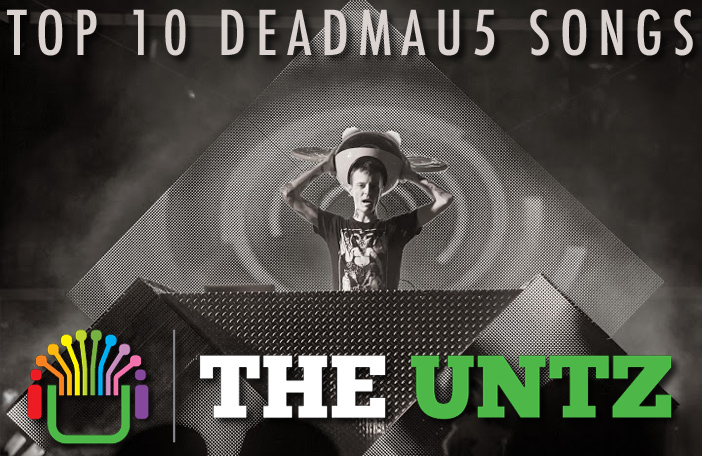 Beethoven, Mozart, Bach, Wagner—the list goes on. Classical music composers paved the way for an art form long ago. Now, let’s flash forward to the 21st Century. Electronic music, in a way, has its own modern day “composers”. Who, in our lives has changed the course of music? We have to answer Joel Zimmerman, everyone’s favorite Canadian celebrity Tweeter, better known as Deadmau5.

A man of firsts, he was the first electronic artist to sell out Rogers Centre in Toronto. He broke the record held by Rage Against the Machine for most consecutive shows at the Roseland Ballroom in NYC with a staggering six nights at the iconic venue. He adorned the cover of Rolling Stone’s summer double issue in 2012. Oh, and did we mention he is the first to perform in a huge light-up mouse head? With this list, listen to some of his greats, classics that will hopefully stand the test of time and, like famous composers musical past, continue to inspire minds long after we’re gone.
10. The Veldt
The story behind "The Veldt" is intriguing. It was inspired by the 1950 short story of the same name by Ray Bradbury. The song was initially created during a 22-hour live streaming session in March 2012. The following day, Zimmerman found Chris James via Twitter, who created his own vocal rendition of the song. Zimmerman was impressed with James' vocals, particularly with the lyrical references to the Ray Bradbury story, and confirmed that the official release of the song would include James' vocals. The song's production was captured on a live streaming session through his official website.

9. HR 8938 Cephei
Named after a star in the Cepheus constellation, “HR 8938” is a stellar song. The day after release, Zimmerman apologized to astronomers who couldn't find information about the star because he had named his song after it. In late 2010, Zimmerman played a series of notes resembling those used in "HR 8938 Cephei" on Ustream. The finished product was uploaded by Zimmerman onto his Soundcloud account on March 16, 2011, alongside tracks "Bleed" and "Get in the Cart, Pig." This song has been used extensively in various sampled forms all throughout the first season of the Disney TV show Tron Uprising.
8. Some Chords
"Some Chords" was released on December 6, 2010 as the first single from his fifth studio album (and third mainstream album) 4X4 = 12. The track was featured on the “Pool Shark” episode of CSI. Why is that important? Because that means your grandma has heard deadmau5. How many of your other favorite artists can you say that about?
7. Right This Second
This song has some of the sickest drops in any deadmau5 song. The beginning has a long intro that is completely mesmerizing then drops straight into a recurring loop, followed by another nasty drop. You have to hear the frequencies for yourself!
6. Professional Griefers
Featuring vocals by Gerald Way of My Chemical Romance, “Professional Griefers” is the third single from his sixth studio album Album Title Goes Here. The song is featured in the game FIFA 13 and its soundtrack. “Professional Griefers” was first previewed as an unreleased instrumental on deadmau5's UStream channel as a work in progress on February 13, 2011. The instrumental made its live debut during deadmau5’s Meowingtons Hax tour, premiering the track at his critically acclaimed headlining performance at Lollapalooza. The vocal version of “Professional Griefers,” with Gerard Way, starts with hard beats and heavily distorted guitar stabs, and then builds tension with discordant synth strikes leading into the chorus.