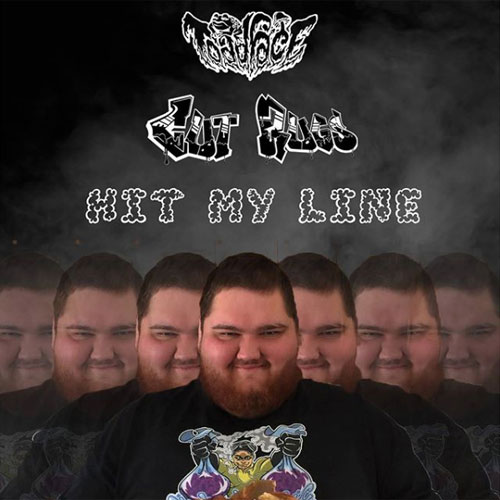 Now, this is a track to smoke a “doink” to. Toadface and Cut Rugs have just dropped “Hit My Line,” a collab dedicated to the late Young King David who recently passed away unexpectedly.

David James “Young King Dave” Nixon, was a 19-year-old social media rapper from New Jersey. Nixon is known for coining the word “doink” and creating YouTube videos smoking doinks with various hip-hop collaborators. So pass it to the left and check out this touching tribute to a bright young star who left us far too soon.

The track is full of swampy bass line wubz that have become paramount to Toadface’s (Todd Holler) production style . Cut Rugs aka Kyle Partin posted about this track on Facebook: “If ya haven’t heard the sad news, Young King David passed away a few days ago. Todd Holler and I wanted to finish this up and give it out, so that you guys have something to listen to as you smoke a doink in his honor. RIP pimp.”

Toadface, will be performing this weekend at The Untz Music Festival in Mariposa, California. Holler, from Ohio, has been producing as Toadface since 2011. Recently, he shared the stage with his brother Yheti, going back to back at the Electric Daisy Carnival in Las Vegas, Nevada last month, but we get the full TRIFINITY this weekend with the addition of Mt. Analogue, and let's just say things are about to get a little strange.

Kyle Partin, the DJ and bass connoisseur behind Cut Rugs, produces music out of Myrtle Beach, South Carolina. Cut Rugs is also joining us in Mariposa, California. He recently performed at The Untz Festival pre-party in Orlando Florida with ThazDope Records acts SPANKALICIOUS and Salty, and will be posting up with The Undergrowth crew on ThazDope's stage.