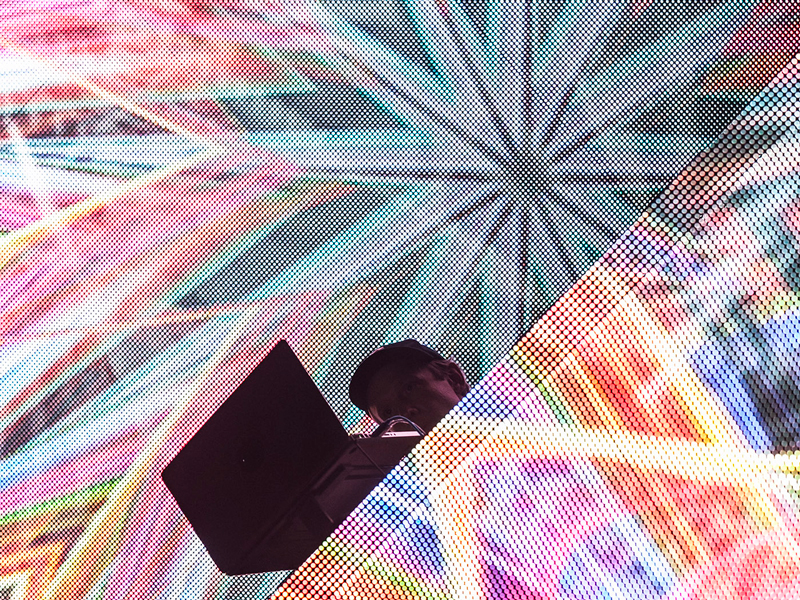 In what can only be described as frenetic filmmaking, a brave soul at Tipper's Halloween show in Los Angeles stood as still as possible (a true feat of booty calming technique) to capture some unreleased material set to the wildly imaginative visual contortions of Johnathan Singer.

Following a spirited rendition of "On the Natch," we're immediately dropped into an unknown sweaty bubbler that breaks breakbeat and scratches the flavor right into a bass-laden stew of stuttered drums and wicked curves. Anyone else hear the Knight Rider theme in there?

Following the much hyped support of Bassnectar's 360 NYE in Nashville, TN on 31st of December, Dave Tipper will pop up to the Big Apple to play the Best Buy Theatre in Times Square on January 3rd. Joining the godfather of glitch will be fan favorites Orchard Lounge, and NYC's own Space Jesus.

Advance tickets are now on-sale for just $25. Grab them while you can.