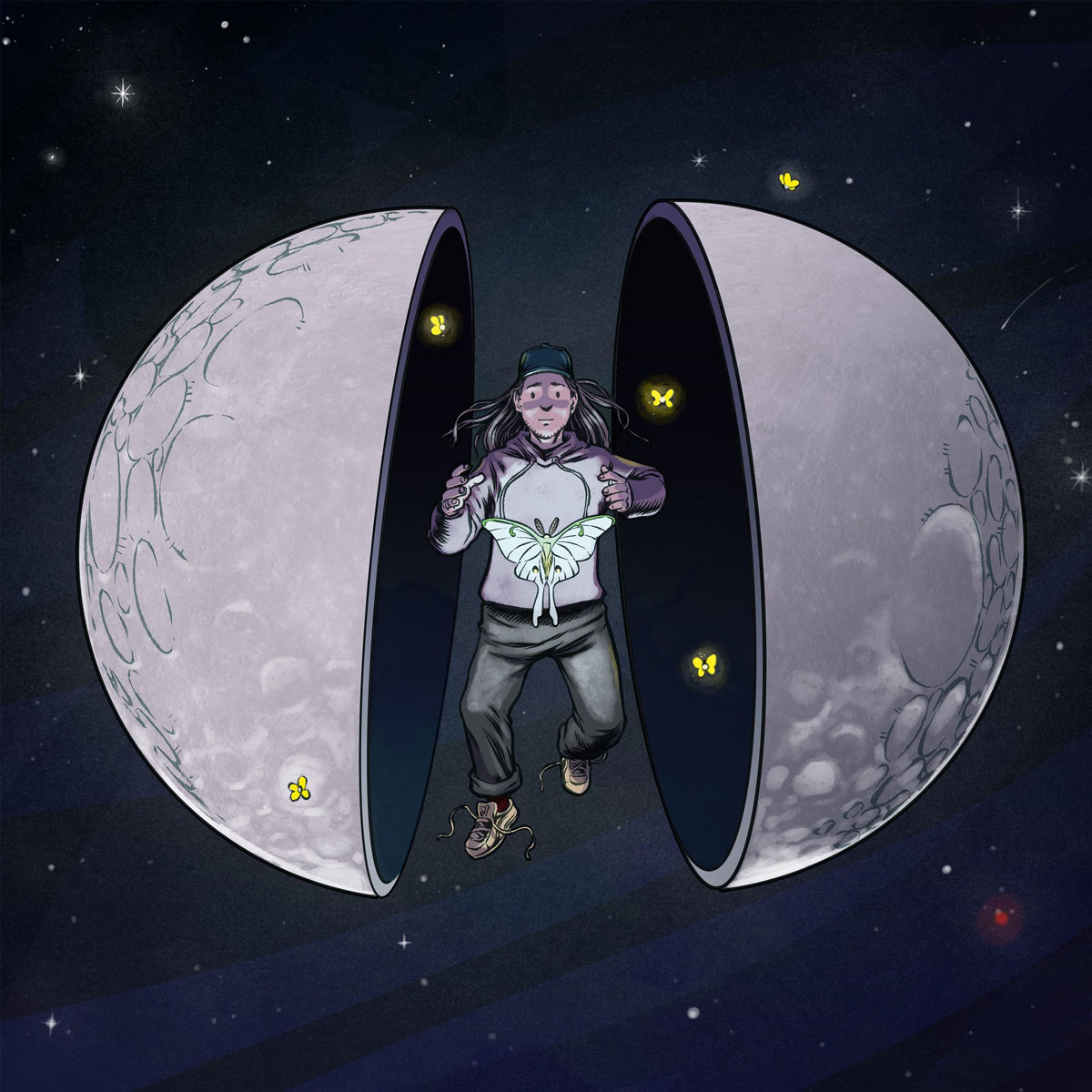 Musicians have been mixing guitars with their electronic music (or electronic music with their guitars, depending on which side of the street you start out on) since before the advent of synthesizers. From Kraftwerk and the Talking Heads up through Ratatat and LCD Soundsystem on up to Boogie T and Sullivan King in our bass-heavy segment of the broader industry, the melding of the six-string and the subwoofer is as prevalent as it is inevitable.

The fusion of indie music and electronica has carved a successful path through the 2000s with acts like MGMT, Ghostland Observatory, and Neon Indian, but the litany of crossover attempts is littered with ten times as many failures of style and substance. The jam scene spawned countless acts recreating tired, photocopied impressions of club music already 20 years too stale. DJs incorporating guitars or other stringed or struck instruments either get in the way of their own productions, or suffer ungapatchka, adding way too much frilly nonsense that completely gums up the works.

Possibly the biggest cardinal sin of a fusion attempt is doing a C+ job at the multitude of things you're trying to smash into one convenient carrying case. Which is why tiedye ky's Baby Blue and the Super Moon caught me completely by surprise. The neo-folk/punk, the hip-hop, the singing, the playing, and especially the progressive bass sounds—it's all done well. Fuck “well,” he absolutely nails it. 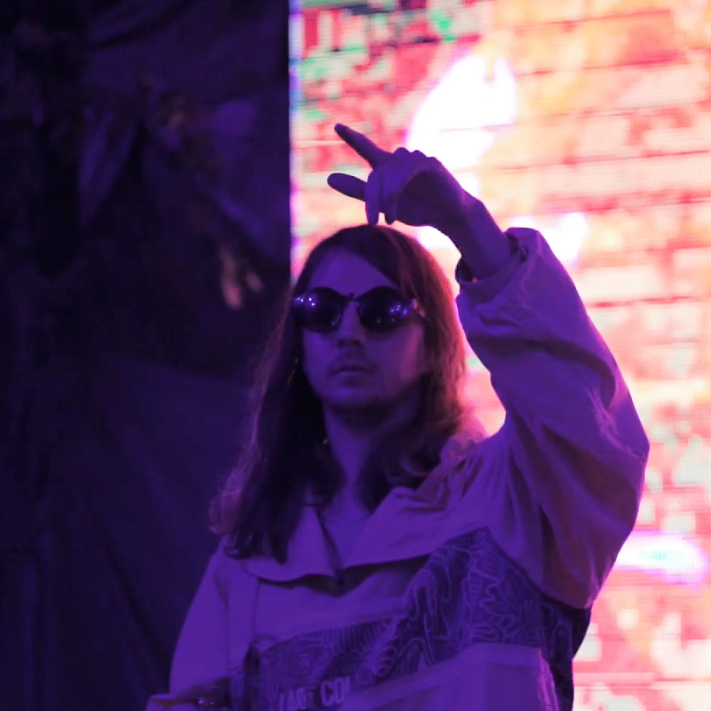 I shouldn't say that it caught me completely by surprise, because his 2018 EP, Basspunk Loverboy, telegraphed his play for the heart of indie and bass kids. As he describes his evolution from Loverboy to Baby Blue, which was originally going to be a band outlet for his non-bass productions before he decided to fuse the two projects, the key is “[c]onfience in being vulnerable.” Bass music is about over-the-top bravado; loud, screeching noises and absolute assurance amongst dissonance. But tiedye ky's music is nothing if not vulnerable. He's unafraid to crack open his heart and his lyric journal to show his gooey soft center.

Baby Blue and the Super Moon opens with two ballads (for lack of a better term) “Over Again” and “Never Cage a Butterfly,” in tiedye ky's indie-garage lilt that pairs undistorted, clever chord progressions and an earnest delivery over hip-hop beats. “Hold On” serves as this lynchpin that joins these quiet, reflective numbers with “Maintaining It All” and “Don't Do Me Like This,” which delve deeper into that heavy, experimental bass sound that ky can pull off with the best of them.

The album continues to alternate these folkpunky, well-written songs with boldly left-field bass elements—often within a song—that really underscores the importance of not only tiedye ky's place in the scene, but as a bellwether of where the scene itself might be heading. While many of these songs have been circulating in various mixes and live appearances over the intervening two years since his break out EP, the release this debut album during a time when bass shows aren't happening, or if they are, without the full impact of a large system and crowd and producers have turned to creating beautiful tunes where once they made bangers, tiedye ky's sound and career seem eerily prescient.

With his iconic laugh draped throughout the halls of Loverboy, it wouldn't feel like a tiedye ky album without the late vocalist Pipus, who makes an appearance on “Pipus And Wine/Life On A Loop.” The pain and the sweetness jump through the speakers, underscoring the importance of another late rapper, Mac Miller, on tiedye ky's sound and aesthetic. It was a flip of Miller that opened up an emotional set from ky at The Untz Festival last summer in California. Another collaborative highlight of the album stars tiedye ky opposite fellow singer-songwriter Renee King on “Lunar Girl,” which I can only paint as “Islands in the Stream” for Zoomers. The inclusion of a gorgeous duet and a live version of “Over Again” as closers for the album are baffling for a bass record, and frankly even heretical for an indie one. 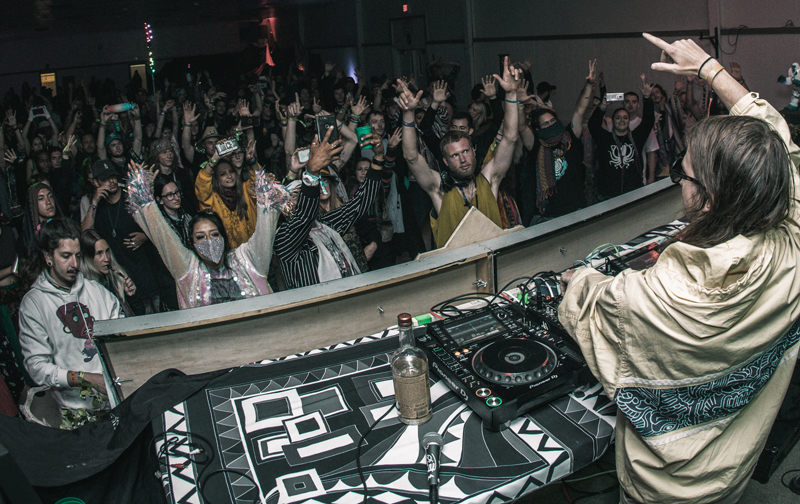 The danger with a record like Baby Blue and the Super Moon is that bass kids or the chillwave scene or the hip-hop crowd can't fully unite behind it because it's not specifically any one of those things. My hope, however, is that it transcends scenes, transcends sounds, mystifies listeners and confounds conventional wisdom about what a modern day electronica record can be. There haven't been huge stars to break out of our bass scene into a broader mainstream market specifically because there's nothing for the uninitiated to hold on to. Not the case with tiedye ky, who is giving you singer, performer, producer, and writer all wrapped up in a neat little bow. One element does not come at the cost of another, and the sum is truly greater for all its parts. If tiedye ky doesn't achieve his place amongst the pantheon of crossover acts, that will be our fault in the bass scene for caging him and not letting him fly.