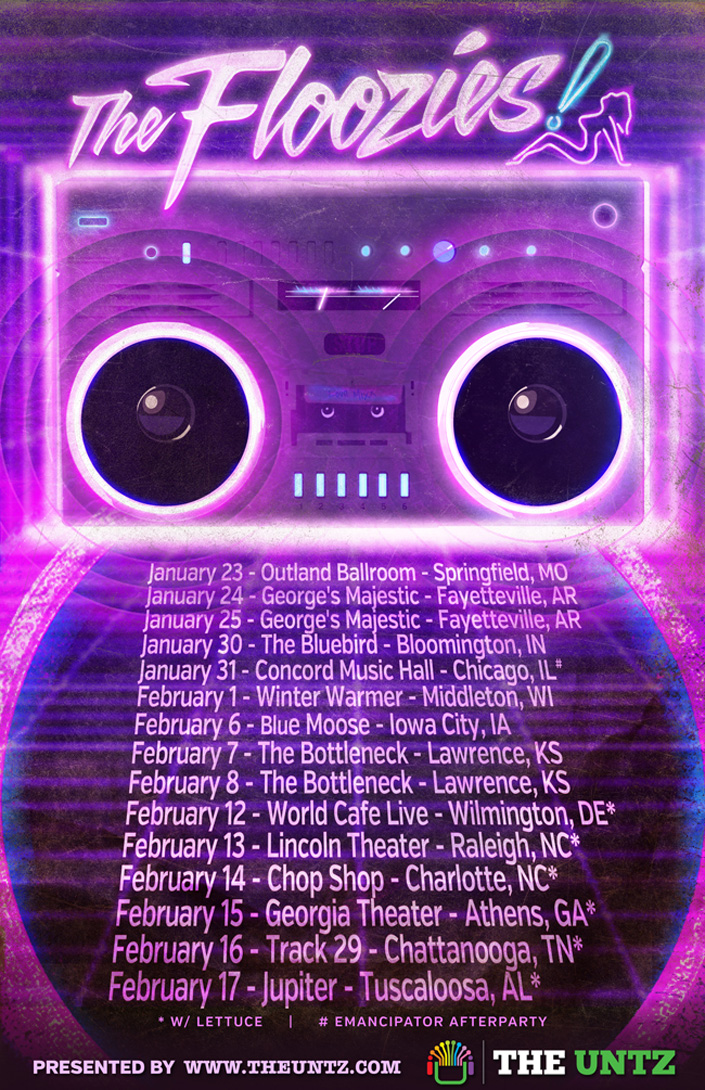 One of the most exciting acts in all of electronic music in 2013 was Lawrence, KS-based electro-funk duo The Floozies. Brothers Matt and Mark Hill stormed the festival season, launched Tell Your Mother on GRiZ's Liberated Music label, and made our list of Top 10 Breakout EDM Acts of 2013.

It goes without saying, that we're huge fans, so when we got the call to hop on board the pair's January and February tour, we leapt at the opportunity. Storming the Plains, southeast, and Midwest, the Hill Bros. will be hitting a ton of favorite haunts, including The Bottleneck in Lawrence for a two-night stand in early Feb, and pairing up with some of the biggest acts across all genres, including Lettuce and Emancipator.

Since the album's release, and the recent double sellout theater shows in Denver and Boulder, the world is standing up and taking notice, and we're damn fine to be sportin' The Floozies in 2014. To in-funk-ity and beyond!