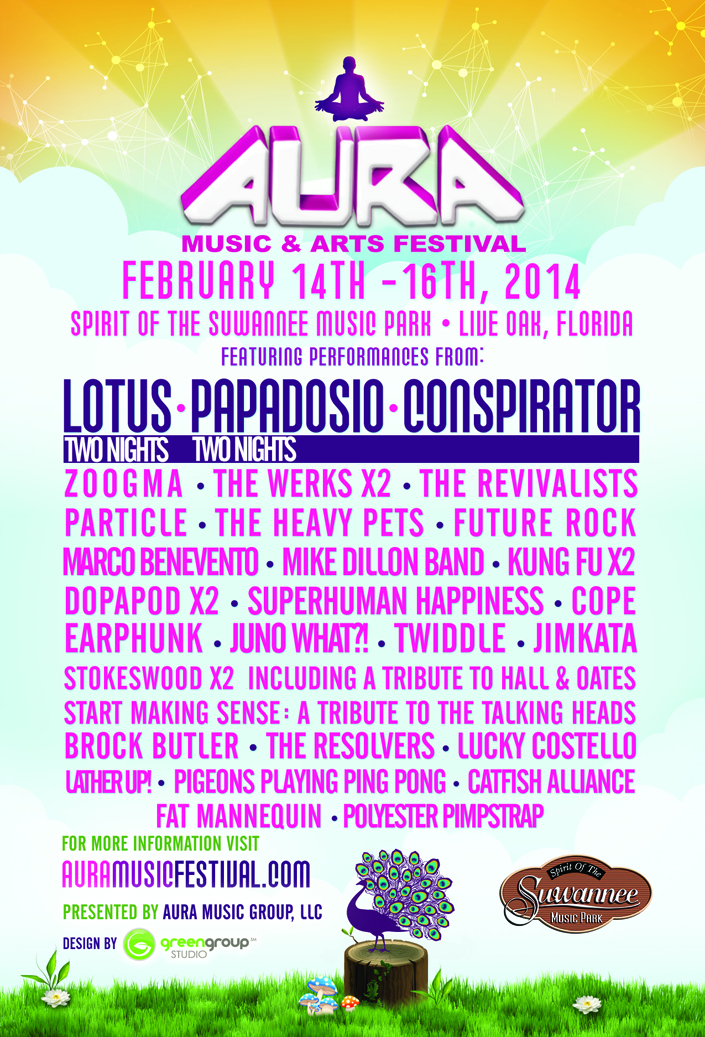 We’re thrilled to announce that TheUntz.com will be hosting the Silent Disco at AURA Music & Arts Festival February 14-16, 2014 at Spirit of the Suwannee Music Park in Live Oak, FL! Some phenomenal artists will be keeping the beat bumping into the wee hours, so come prepared ready to get down.

The stacked Silent Disco line-up includes Luke Miller from Lotus, aka Luke the Knife, and his combination of funk, disco and indie dance as well as members of the Crunchay Jacksonville crew - bass champion Vlad the Inhaler and brothers Sir Charles and Zak the Blak (Zach Weinert of Greenhouse Lounge). In addition, we're excited for the debut of ZwangBang (Scotty Zwang of Dopapod), Tallahassee's Elliot Mess, Philly's Double D, mainstay UDNPRTY plus Beat Thief Inc., Semantiks, Scotty Solomon, and Don McCon, all raging beats till the early morning. Start resting up now, it’s sure to be an insane dance party all weekend long!

Since its humble beginnings in Brooksville, FL, AURA has become one of the premiere multi-day boutique music events in the Southeast US, attracting fans from around the country. Now comfortably at home at the famed Spirit of the Suwannee Music Park in Live Oak, FL, AURA comes to life in the midst of 800 acres of Spanish moss-draped oak and cypress trees along the Suwannee River and utilizes one of the most beautiful natural amphitheaters in the country only made more awe-inspiring by AURA’s attention to sound and lighting production.

Celebrating its fifth anniversary, AURA’s 2014 lineup features a variety of music genres but always stays true to its live electronic roots with headliners Lotus, Papadosio and Conspirator. Also taking the stage at AURA is Zoogma, The Werks, The Revivalists, Particle, The Heavy Pets, Future Rock, Marco Benevento, Mike Dillon Band, Kung Fu, Dopapod, Stokeswood (including a Tribute Set to Hall & Oates), Superhuman Happiness, Start Making Sense: A Tribute to the Talking Heads, Earphunk, Juno What?!, Twiddle, Brock Butler, and Jimkata, many of which will be playing two sets throughout the weekend.

AURA will also host their first official onsite pre-party in their five year history. Kicking things off on Thursday, February 13th, fans are invited to get settled in at SOSMP a night early and enjoy music from three of Florida’s finest bands in the scene - The Heavy Pets, Greenhouse Lounge and The Funky Nuggets. 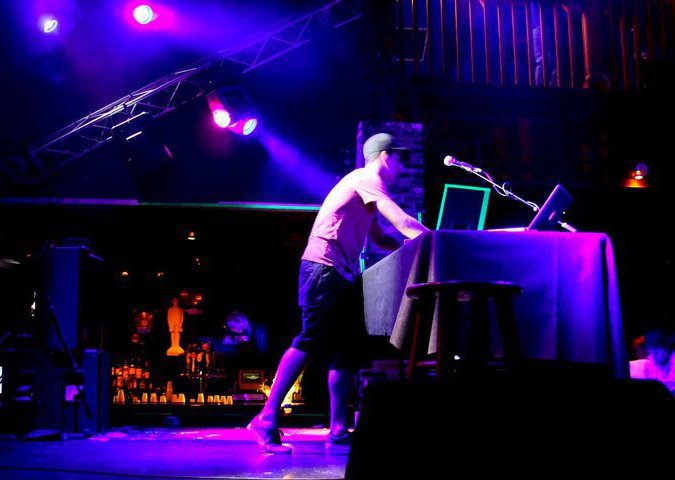