For a music fanatic, the digital age has been a blessing and a curse. Yeah, Napster changed my life one 14.4K dial-up at a time, putting endless supplies of unheard delights at my fingertips, and exposing me to an exponentially larger base of tunes than my local record store (and public radio paycheck) could muster.

But that certain buzz of slipping my finger under the shrinkwrap of a brand new record and sliding; I don't know how many times I've cheated myself out of that incomparable sensation. There's just nothing like it: a mix of anticipation and anxiety, the giddiness that makes your hands shake on the way to the stereo. 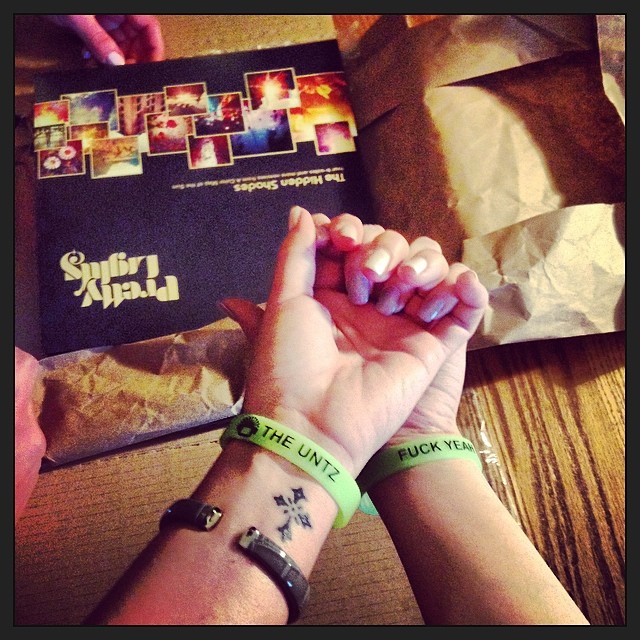 So when the Pretty Lights Music folks asked if I'd be interested in the very first copy of Derek Vincent Smith's new record, The Hidden Shades, suddenly I'm back in my childhood bedroom thinking, 1) I didn't know my sister--seven years older than me--knew I existed, and 2) I can't believe she bought me a brand new copy of Pearl Jam's Ten.

The only logical thing to do was to invite over the biggest Pretty Lights fans I could find--not a difficult task here in Denver--and have ourselves a listening party. As we crammed around the dinner table, and I'm making jokes about accidentally destroying the first copy of the vinyl with a misguided twist of the sketchy letter opener, that unique sensation washes over me once again.

When I spoke with Derek a couple weeks back about the record, he discussed feeling torn about whether or not the four original tracks that appear on The Hidden Shades would be on A Color Map of the Sun, the same sessions and technique that bore all the music. The fact that these four "B-sides" found a home makes them even more special. Similarly, the fact that the musicians selected to remix the works share such a fundamental hip-hop connection with Smith, ensures not only can they can be dropped seamlessly into a PL set, but that the symmetrical release, stretched over two pieces of 10" vinyl, stands by itself as a whole 'nother animal.

On top of the fanfare of any Pretty Lights release, the drop date tied directly to Record Store Day, April 19, 2014, is a testament to the deep reverence Smith holds for the record store and its resurgent medium. As he said in our interview, vinyl is his favorite way of hearing these songs--except, of course, for the acetate tape reels, which only he can access. 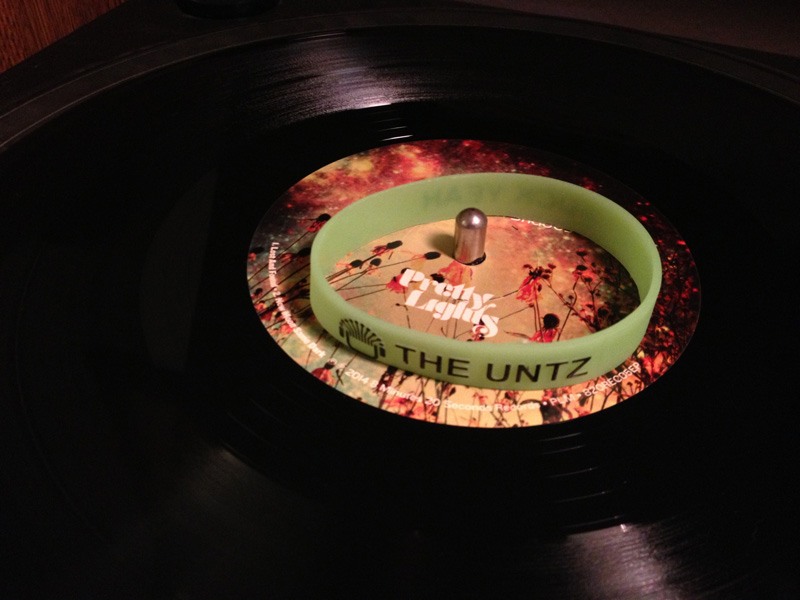 Hardcore fans are excited just as much about the package as the music. Derek's #plpix project collected hundreds of Instagram shots from fans around the world hoping to get their shots included in the final product. Each and every contributor got his or her name printed inside the double-album jacket--a tribute to the fans who make the entire Pretty Lights experience possible. And the pics don't disappoint, there are some incredible shots scattered across the front, back, inside, and on the vinyl itself.

We held our breath as the needle dropped, not because we all weren't familiar with opener "Lost and Found," which signaled the forthcoming record, along with its buzzworthy ODESZA counterpart, but because it was unclear whether or not my wife and I had broken the damn record player in our last episode of late-night-record-binge tomfoolery. The hiss, the crackle, and we're in.

Ever so carefully flipping the disc, we slipped into the bluesy depths of "Starlit Skies," a tender ballad reverberating with the mournful calls of Smith's vocalists. And then we break through the wall. A signature PL groove swaggers amongst laser-guided low end blasts. The balance of light and dark is implicit.

"Can't Contain It" comes screaming in on the back of a ragged psychedelic riff. A thirsty, mean sonofabitch, the track is a barnburner. Chris Karnes' turntable work battles a monumental drum lick. It's thick and unrelenting. Visualize the entire Red Rocks crowd banging its head in high-def slo-mo. This is going to be the opener--I'm calling it now. 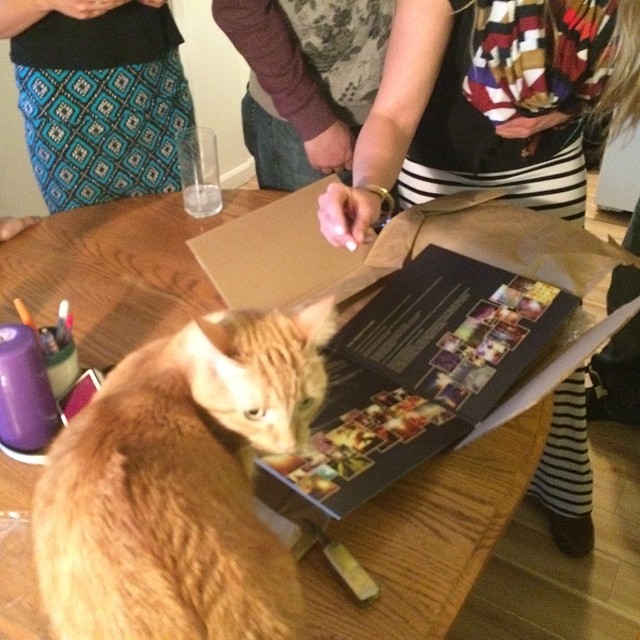 Since the crew had already heard the ODESZA reworking, all we could do is mutter to each other how hard the production duo crushed the remix. In the midst of its first headlining tour, with dates selling out left and right, it's difficult to imagine a more promising act in the game.

Love and Light did what Matt Madonna and Ryan Anderson do best, turn out party music for the Playa. The glitch-hop gurus threw some bounce into the mix with flair and panache. You can hear them grinning through the wax. And boy does that light "New Moon" shine bright.

The way Emancipator captures the essence of throwback soul is unreal, with the calls and hollers from the past drifting in on these futuristic beats that bump so hard. Neo-soul for the subsonic junkie. It's funny, what a high-profile remix will bring out in an artistic. It's magic.

Blue Sky Black Death closes out the record with a rip-roaring, hyperspeed chase. The pace is unlike anything we've heard on a Pretty Lights record, and the pulse is infectious. Hurtling through "Can't Contain It," the runaway locomotive steams down the track, burning brightly straight into a fade that caught us all by surprise.

And the needle returns to its home.

When Derek was on tour, doing in-store signings of A Color Map of the Sun, kids were coming up to him introducing themselves, getting their copies signed, and asking him for record player recommendations. They had bought the vinyl without even having a way to play it.

Yeah, the music's out there on the internet, and hell, Pretty Lights rose to prominence by giving away all the songs for free--but for the collector, for the little kid poring over the liner notes, memorizing each name in the thank yous section, The Hidden Shades is a love letter to that little guy. Support your local record store.