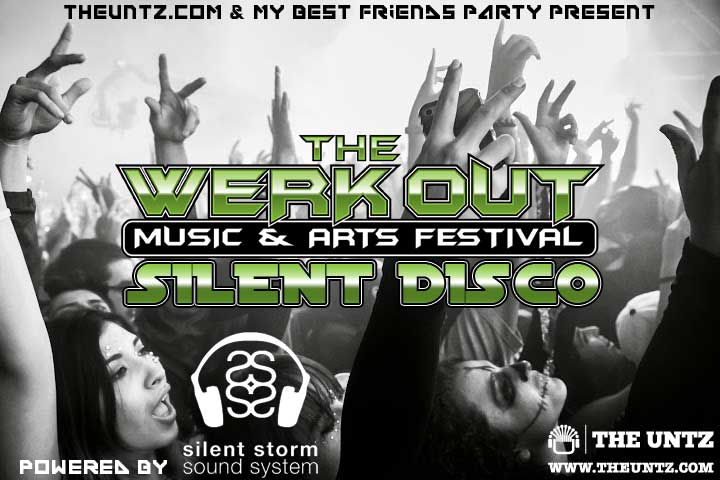 Once again, The Untz returns to The Werk Out Music & Arts Festival to spread ... well ... The UNTZ.

We are teaming up with central Ohio's premier dance music promoter My Best Friends Party to bring the party to the late night with the Silent Disco powered by Silent Storm. When the main stages go dark, the silent disco lights up with incredible local, regional, and national headliners playing that late night dance music you so desperately need to keep you running through sunrise. The full lineup for the silent disco party, which features not one, not two, but THREE channels will be coming soon.

In addition to the late-night shenanigans, which run all three nights, major acts line this bill including Umphrey's McGee, Papadosio, Lettuce, EOTO & Friends, Break Science, Dopapod, Tauk, Buku, and of course, host band The Werks. Surprises galore lurk around each corner of this festival, and look who happens to be on the bill following last year's stunning recital of Pink Floyd's legendary Dark Side of the Moon? Why... looks like the Werksadopadosio crew is on board. Let's see what happens.

The festival returns August 6-9 to Legend Valley in Thornville, OH, once more, and you can grab your GA, VIP, and RV passes at thewerkout.eventbrite.com.