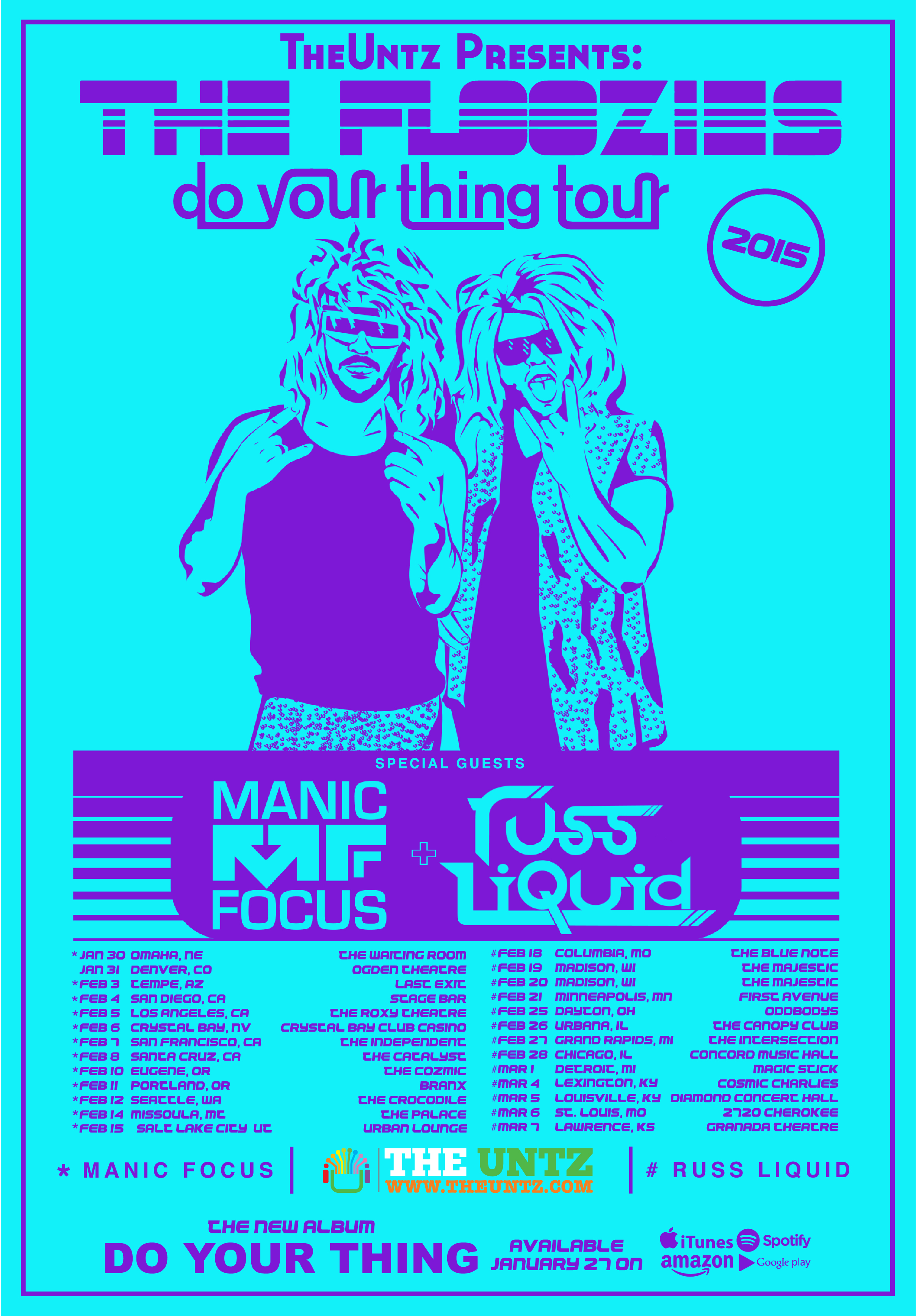 Future funk soul brothers Matt and Mark Hill are hitting the road, once again! The Floozies Do Your Thing Tour hits the Plains, the West Coast, and the Midwest beginning next week and running straight into March. The Waiting Room in Omaha, NE gets first crack at the boys on January 30.

The tour coincides with the latest Floozies release of the same name, Do Your Thing, due out January 27th on All Good Records. The newly formed label co-founded by GRiZ will be spreading the word just as the tour gets underway. It's all coming together.

Support comes from Manic Focus on the front half through Denver and up and down the west coast. Russ Liquid will be taking on Leg 2 duties, which put the guys in hotspots all around the midwest from mid-February through the first week of March. These dudes are both on serious tears, and its makes this already massive tour that much more exciting.

Get your funk on!