In the fertile farmland of Nebraska, HighLucyNation has been cultivating a musical community rivaling those of many larger cities. HLN is approaching its ninth year, celebrated with a special anniversary show featuring Wookiefoot and That 1 Guy on November 16th. We’re here today with our friend, HLN founder Dustin Dohrman, to discuss the journey and the things that make his business one of the standouts of today’s music scene.

You can still win tickets to the HLN 9th anniversary show, and Dohrman is inviting all past HLN performers to come attend the show for free. You can sign-up here if you were a past performer on any HighLucyNation event over the past nine years. 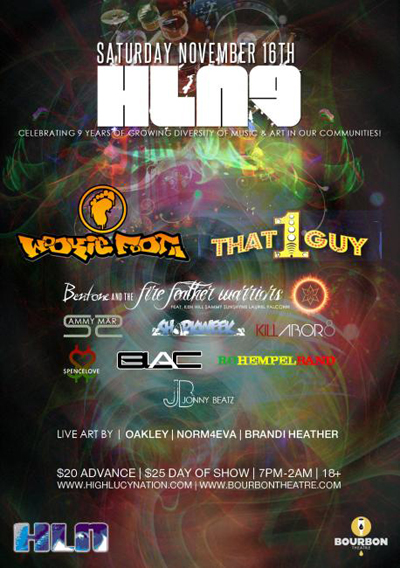 How did HighLucyNation get its start?

HLN started in 2004 after friends had taken me to several outdoor music events. I got to wondering how the events were organized and the preparation that went into them. With the support of my friends and some local musicians, I was able to organize our first events in Lincoln and Kansas City and HLN has grown from there. My friend Sauce came up with the name HighLucyNation after one of those early events and it stuck. After building our reputation throughout the midwest, we have been blessed to work with some major national artists.

What are some of the venues and cities you work in regularly?

We’re based in Lincoln but usually the events that we do are in Lincoln and Omaha and the surrounding communities. Occasionally we like to step outside of our normal range and work with other promoters in the region. I do really believe in supporting events outside of our local area so that some of our fans who like to travel can be exposed to the other promoters in the area. That keeps our culture here expanding and everyone benefits from it. Our booking depends on the specific show, but because we are a smaller market we don’t have a ton of venues. The Bourbon Theatre in Lincoln is my go-to venue and if I can make the show work there, that’s usually my first choice. Waiting Room in Omaha is another one we work with regularly! HLN9, our 9 year anniversary show with Wookiefoot and That 1 Guy will be at Bourbon Theatre in Lincoln, NE!

If you're willing to part with some industry secrets, which promotional methods do you use and which ones seem to be the most effective?

It really depends on the show. It’s taken a lot of time and trial and error figuring things out. It kind of goes in waves of having to do flyers and street team stuff, but then reinforcing it later with the digital stuff like Facebook and text messaging, and that helps to build the word of mouth. We utilize local print effectively too, in a smaller market like ours we try to involve as many new people as possible so we have worked with some of the college papers too. More and more though, I have been finding that for marketing that is highly cost-effective and has a low environmental impact, the social media methods are the way to go these days. Another reason why the social media route works so well is that we can post links to videos and soundclouds on the event page so people can check the music out right away.

Can you describe the HLN following? Is it local? Regional? Which age groups to you target?

We have worked with a lot of genres of music, so we cross a lot of age gaps. We’ve booked and brought just about every kind of music you can imagine to Nebraska. Typically get people anywhere from ages 18-35. Because the scene is smaller here there are lots of open minded people who come check out shows they wouldn’t go to normally. We’ve been very lucky to have fans here that will check out every genre of music, so our scene is very cross-pollinated. We draw a lot of diversity from younger people at the colleges, but also there is a solid community of older folks here who just love music in general. A lot of people come from Colorado for the bigger shows, and we have some Kansas City and Iowa people who come out regularly too.

Which electronic sounds does the scene tend to gravitate toward?

It seems like people go through phases, the younger crowd definitely likes the dubstep and remix-oriented bass music, usually some of the older crowd likes west coast bass and downtempo and eclectic stuff. I think that’s a national trend though and not just here. There’s also a sizeable group of people in their late 20’s and 30’s here that like house and minimal techno, more of the European stylings of electronic music and we try to incorporate those sounds as much as possible too.

What have been your favorite productions you have put together?

That’s a tough question. We have been around for 9 years so we’ve had such a variety of shows it’s hard to single one event out, or even five. Our anniversary shows are always really great because it gives us a chance to come together as a family. Bringing Bassnectar in 2007 really changed our entire scene. Having Pretty Lights come through a couple years later was huge too. We were really ahead of the curve on those ones and that’s something we pride ourselves on. I love seeing the events where people collaborate and work together. That’s the whole concept behind HLN… it’s all a hallucination until you make it real, but really it’s all of us together that are the HighLucyNation. It’s your party as much as it is my party. 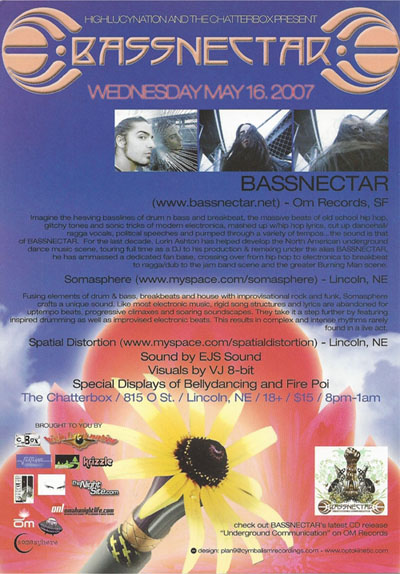 What has been your proudest HLN moment thus far?

Watching so many of these people in our community grow up with us, seeing them finish school and get good jobs and still stay part of our scene despite finding individual success. I feel like HLN and the release everyone gets from co-creating with us, being with people who make them feel special and having fun together has benefitted their lives. Every aspect of that- peoples’ music choices, life choices, and what they are trying to put forth into society, I feel like we have helped people grow together and provided an outlet for them to express themselves.

What has been the biggest challenge you have faced?

It’s been a process, I can think of a couple. In the beginning, it was hard getting people past their skepticism of us and the way some of the more conservative people in the community viewed us. Then it was a challenge convincing some of the agents and artists to take a chance on us, but it didn’t take long to defeat that. Currently the challenge is trying to collaborate with other promoters because we are a smaller market. You don’t see a lot of promoter battles and people booking shows on the same day here because we try to look out for each other and help grow our scene together. Everyone here works together really well, it’s just something we have to be mindful of constantly so we maintain those relationships.

Who are some of your favorite artists to book, and which artists would you consider to be the closest friends of HLN?

Tricky question because I have worked with so, so many people. I’d like to think I have made good relationships with a lot of the artists we have booked. Everyone is fun to work with and learn from.

Any artists you would like to bring through soon but haven't had a chance yet?

There is a very long list. I think that’s what keeps me so motivated, literally every day I discover about 10 new artists who I’d like to bring here. I’d rather not name drop but how about this… if you want to play in Nebraska, you should hit me up because I probably want to see you play here!

Who do you think are some promising smaller artists who will blow up really soon?
Thriftworks has been killing it recently, I really dig his stuff. The Floozies are getting big now, they’re some buddies of ours from Kansas and they have been really taking off. They put out an album recently that everyone should check out. Been watching some of the Sub.Mission crew from Colorado… Sometimes I look to the agents who I work with and who they are backing. If they pick someone up, chances are they know what they are doing.

Do you have anything to say to fans of electronic music who haven't been out to one of your shows?

I think Nebraska is a great place to visit because of the people. Our crowd is really amazing, friendly, and welcoming. There’s a lot more here than most visitors would expect, and you just have to come check it out for yourself. If you pay close attention, you’ll see that looking backward we have actually been really ahead of the curve with most of the artists we have been bringing through. It’s a great place to see artists who are up and coming right before they get huge. The environment here is very intimate and we give you the chance to see those artists in some really fun smaller venues. 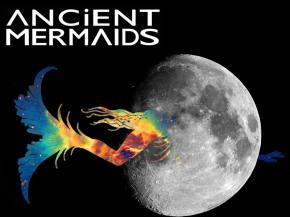 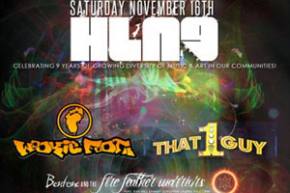