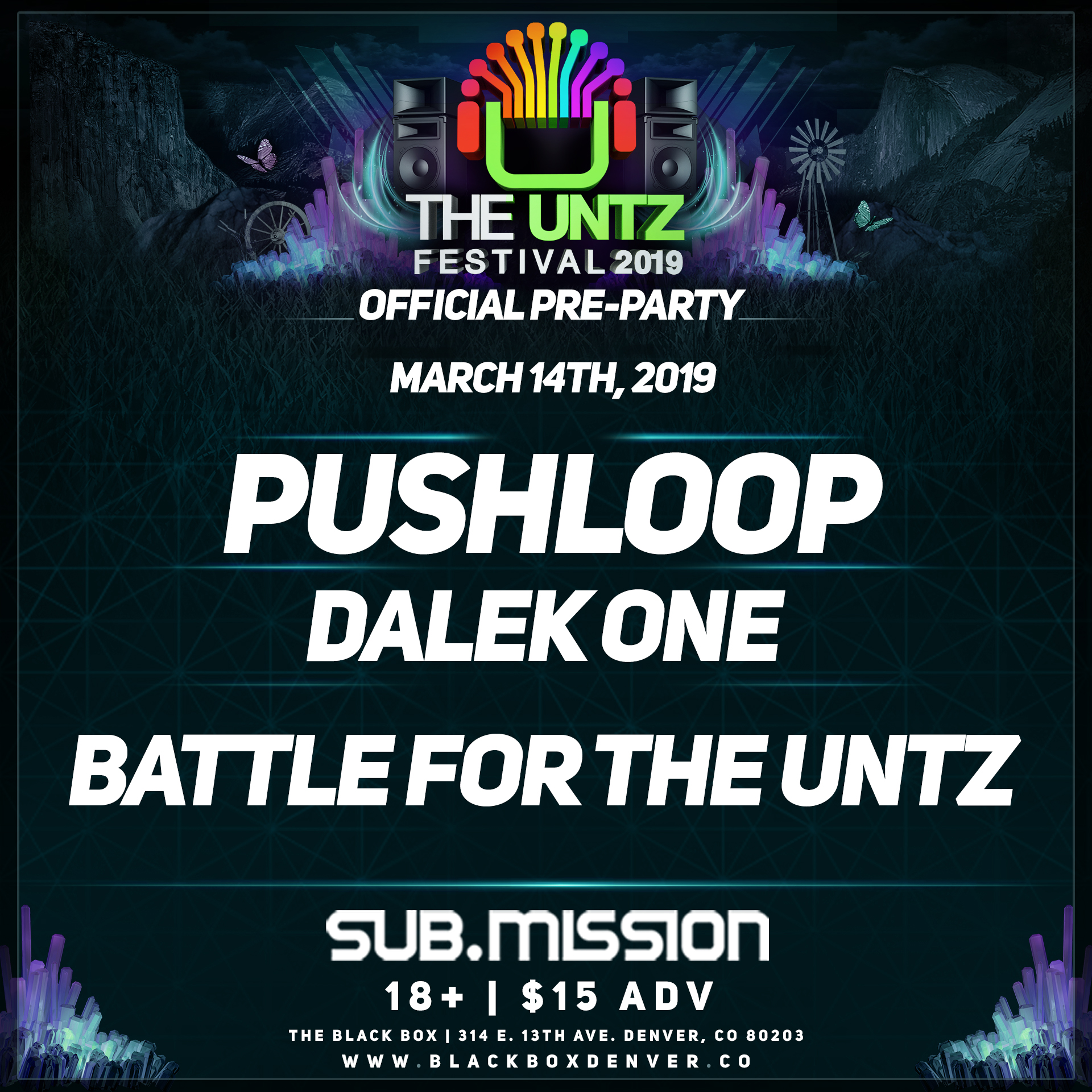 We are thrilled to announced the first official pre-party for The Untz Festival, hosted by our friends and partners at Sub.mission.

Perenially voted as among the top dubstep promoters in the country (and internationally, as well), the team brings UNTZ faves Pushloop and DALEK ONE to The Black Box in Denver, Colorado on Thursday, March 14th.

Pushloop made his debut at The Untz Festival this June (even producing one of our favorite promo videos with a certain cutie of a canine), and DALEK ONE has consistently been one of our most requested artists. Tanner Pennington has been hard at work honing his sounds and producing new tunes at a prolific pace, and Jon Pushloop just released a collab EP with fellow former festival performer, The Widdler. The Abydos EP is out now on Deep, Dark, and Dangerous.

Tickets are on sale now at $15 in advance for this 18+ show at The Black Box, which in just two short years has already made its way onto several "best dubstep clubs in the country" lists.

Sub.mission has already curated a gorgeous roster of dubstep icons for its first curated stage at The Untz Festival. Fans will be able to see Big Chocolate, Thelem, Ternion Sound, Apparition, Cloud-D,  and more to be announced on our Phase 2 lineup.

To spice things up even further, fans will get to witness the Battle for The Untz. What's at stake? A chance to play the Sub.mission stage at The Untz Festival.

Any artist hoping to get on the Sub.mission lineup will use this form to submit their mix. Mixes are due by February 15th. The Sub.mission team will then select a number of entrants from their submissions, and launch a poll in the Facebook Event page. The top four vote recipients will get a chance to play a 30-minute set at this pre-party, and the top two performers will be selected by the Sub.mission judges, and will be awarded a slot at our festival.

So if you're hoping to make the cut, start assembling your killer mix. If you couldn't beatmatch to save your life, but you still want to join us May 31 through June 2 in Mariposa, California, you're still in luck. You can just grab a ticket at www.theuntzfestival.com and rage Sub.mission's stage with us. 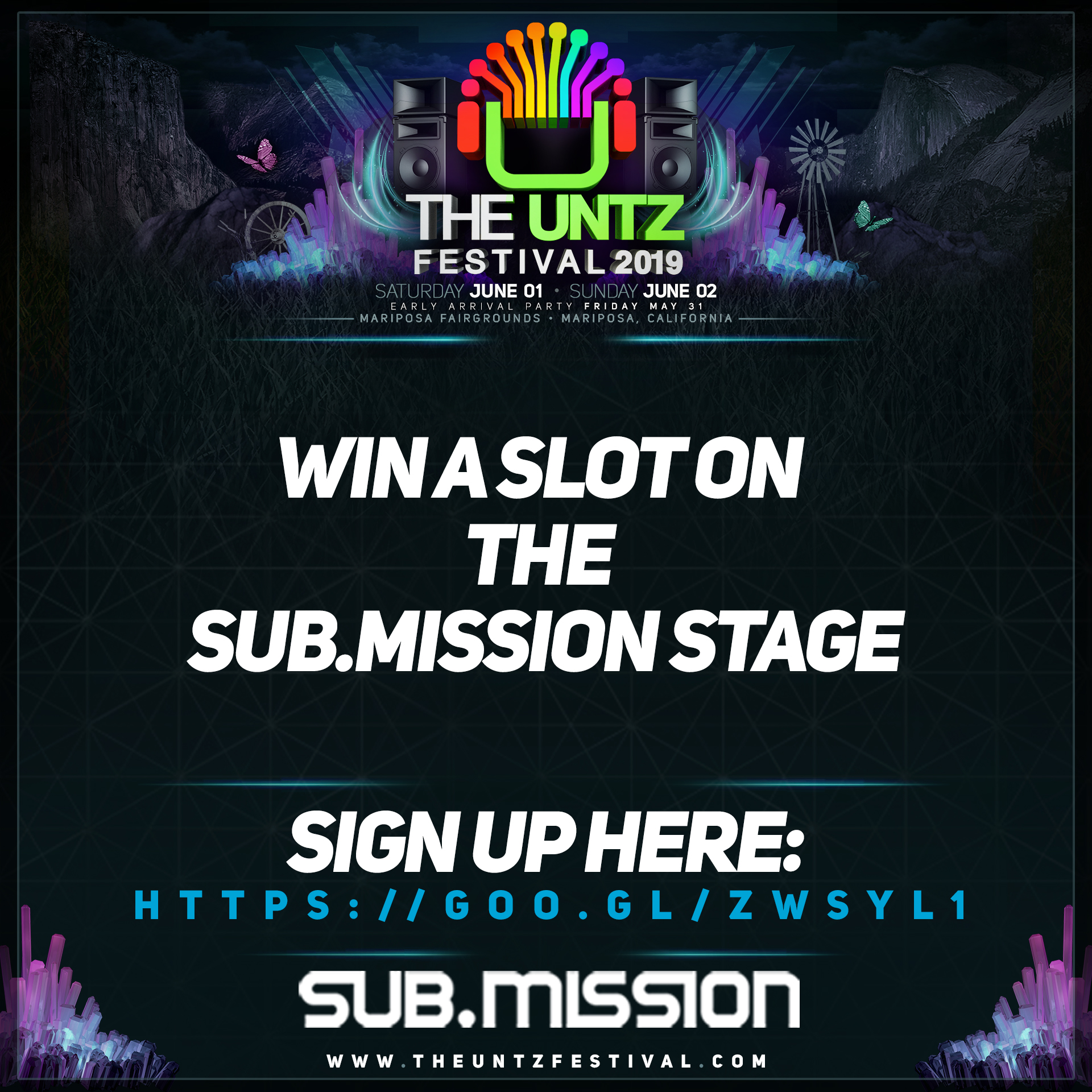