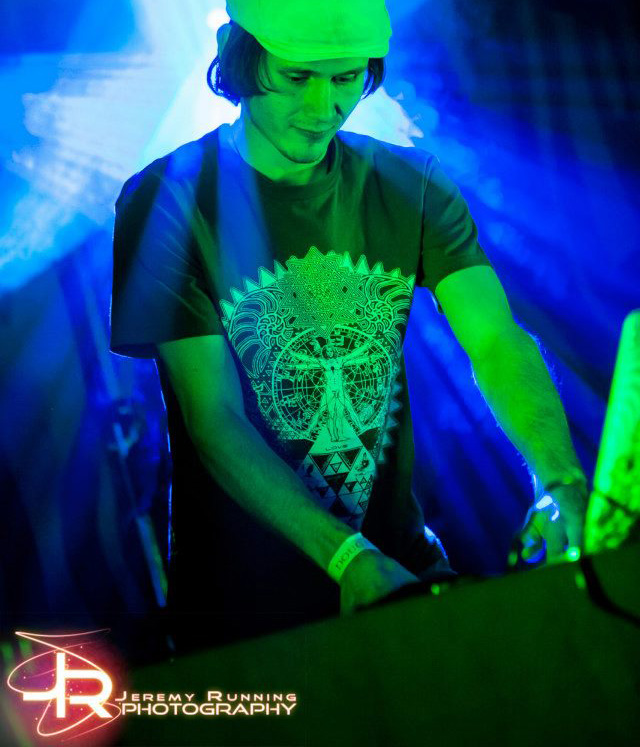 Sure, The Untz Festival lineup killed it on the psy bass tip with Phutureprimitive, Desert Dwellers, Kalya Scintilla, and Kaminanda, but there are up-and-comers in that sect of the underground electronic scene who are just as powerful, and will be blowing minds just as explosively. In fact, our bill of rising stars is just as heavy as our stacked list of pioneers and legends. You can tell we're pretty proud of ourselves on that tip.

Fans of that squishy, yummy, trippy subsonic sound will no doubt already be familiar with Sixis. Rising through the ranks of the psychedelic bass elite, Ben Wyss has been prolifically releasing new and better tracks, encompassing remixes, collaborations, and originals, at a dizzying rate. Finding his way onto all sorts of transformational festival bills from coast-to-coast, Sixis has impressed us a number of times with his sublime studio work, and his thrilling live sets.

Fans in Denver, CO are in for a special treat, because tomorrow night, January 22nd, Sixis will be joined by BogTroTTer, Cloud-D, Resonant Language, and DMVU at Cervantes' Other Side for Weirdo's In The Woods presents Weirdo's In The Hood in conjunction with the Mile High Sound Movement. It's about to get super squelchy at Cervs.

You've recently had a whole remix EP out on Shanti Planti, contributed a track to a Street Ritual compilation, and have another track coming soon on an Iboga Records comp--for the hustling producers out there, how have you gotten connected into all these incredible labels?

Well, the most important thing is making music that catches people’s ear and pushes the envelope. Other than that making personal connections is critical. I tend to let my relationships grow organically and try not to force anything, which has worked great for me. At the same time don’t be afraid to ask! Reach for what you want when it feels right.

What's inspiring you these days? You seem endlessly prolific, of late.

I’m constantly being inspired by so many different things. A big one for me has been Tool. The sheer power and control those guys have is insane. Every time I return to the studio after catching them live I’m filled with an intense urge to create something powerful. There are tons of other musicians/artists that inspire me such as Robert Rich, Tipper, Ben Ridgeway, Koan Sound, Android Jones, Ametsub, Bluetech, Birds Of Paradise, Robert Venosa… I could go on and on. The natural world is a huge inspiration for me as well. It has created the most timeless and harmonious things we know. In many ways I try to emulate natural systems within the synthetic world of computers.

Is there a piece of gear or software you could never live without?

Oh man, there are too many these days. For sound design, Logic’s native plugin Alchemy is amazing. I use it mostly for granular and spectral sampling but it’s great for just about anything. It has some pretty out there features like being able to load .png images into a spectrogram and play them.

Who are you excited to see simply as a fan at The Untz Festival?

There are plenty of artists that I’m excited to catch but I’m especially stoked for Tribone. I haven’t caught a set of his before and love his blend of progressive psy and midtempo.

For fans seeing you for the first time at The Untz Festival, what do you have in store them?

Expect a journey through vibrant spaces full of psychedelic bass, glitch and driving midtempo grooves. I try to create music that demands people’s attention and inspires them to move with it. I’ve been working on a lot of heavier material and I’m confident that my set will to be sounding pretty crazy by June.

You can catch Sixis, along with some of the best in psy bass like Kalya Scintilla, Desert Dwellers, Kaminanda, Tribone, and more at The Untz Festival at Mariposa County Fairgrounds in Mariposa, CA from June 2-4, 2016. Visit www.theuntzfestival.com to grab your tickets!