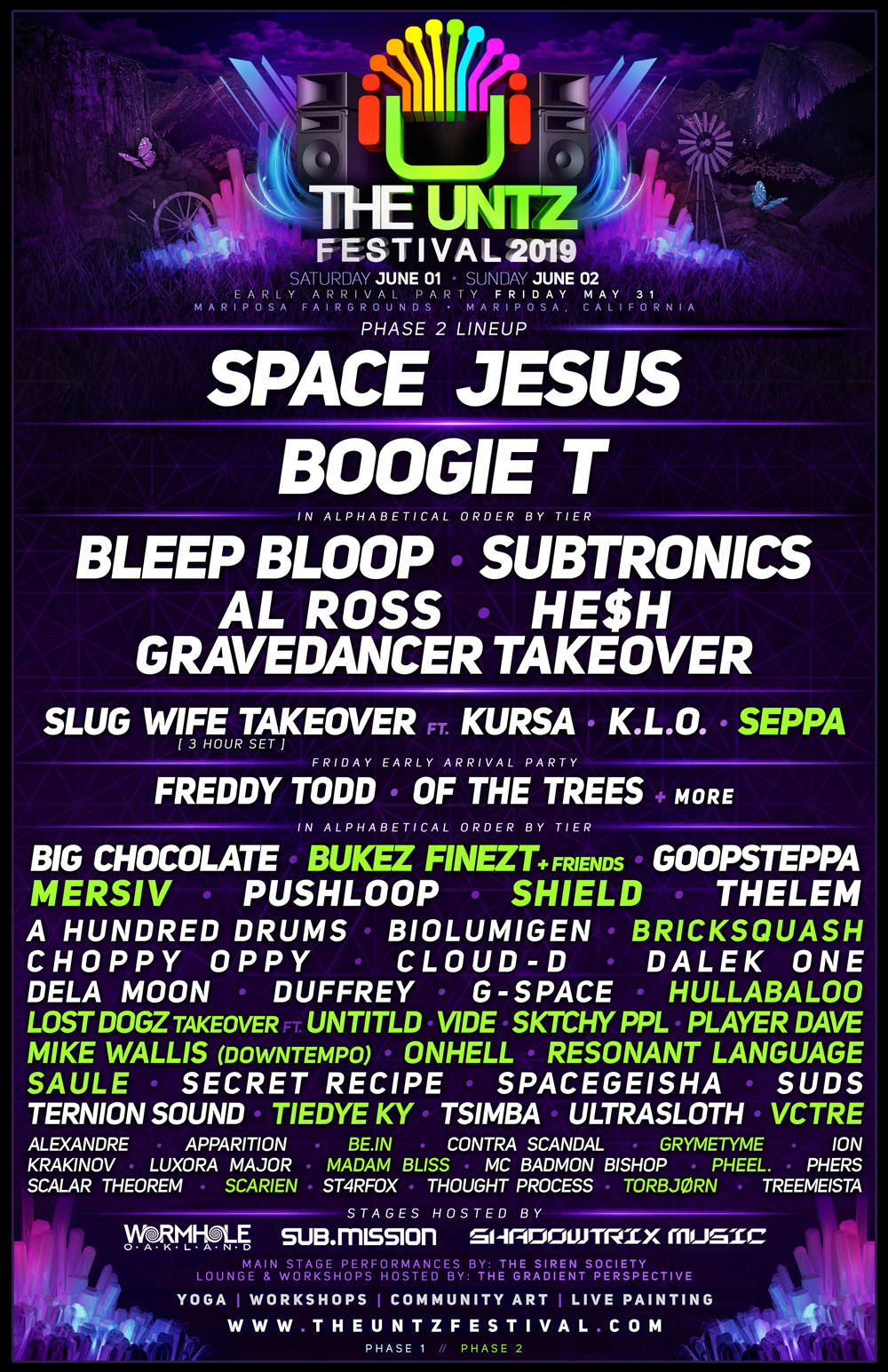 Following the reveal of the initial lineup of The Untz Festival is a tall order. Our 2019 festival will feature the future of bass, highlighting acts pushing the boundaries of existing genres, and inventing new ones, and the plan was unveiled with a lot of pomp and circumstance last fall. But our Phase 2 lineup contains a significant number of heavy-hitters, and more importantly, further shines a spotlight on those rising acts who are going to be the superstars of tomorrow.

It is with unbounded joy that we are finally able to reveal that Seppa will be joining the Slug Wife Takeover alongside Kursa and K.L.O. This year will be the first that Sandy Finlayson is able to tour America, and we are beside ourselves with glee that he is bringing his wholly original sound to our stage.

Our fans demanding more dubstep royalty will be thrilled to learn Bukez Finezt is making his debut at our festival. Fresh off the announce of a new Disciple Recordings album, the German producer will be performing a unique set with a number of surprise guest sit-ins.

On a similar note, those begging for drum & bass will be overyjoyed to find international superstar Shield among our Phase 2 picks. Additionally, few artists over the past 12 months have demonstrated as meteoric a rise as Mersiv, and we are thrilled to fulfill the wishes of our fans who called for his booking mere days before he embarks upon his biggest nationwide tour to date with one of our headliners, Boogie T. 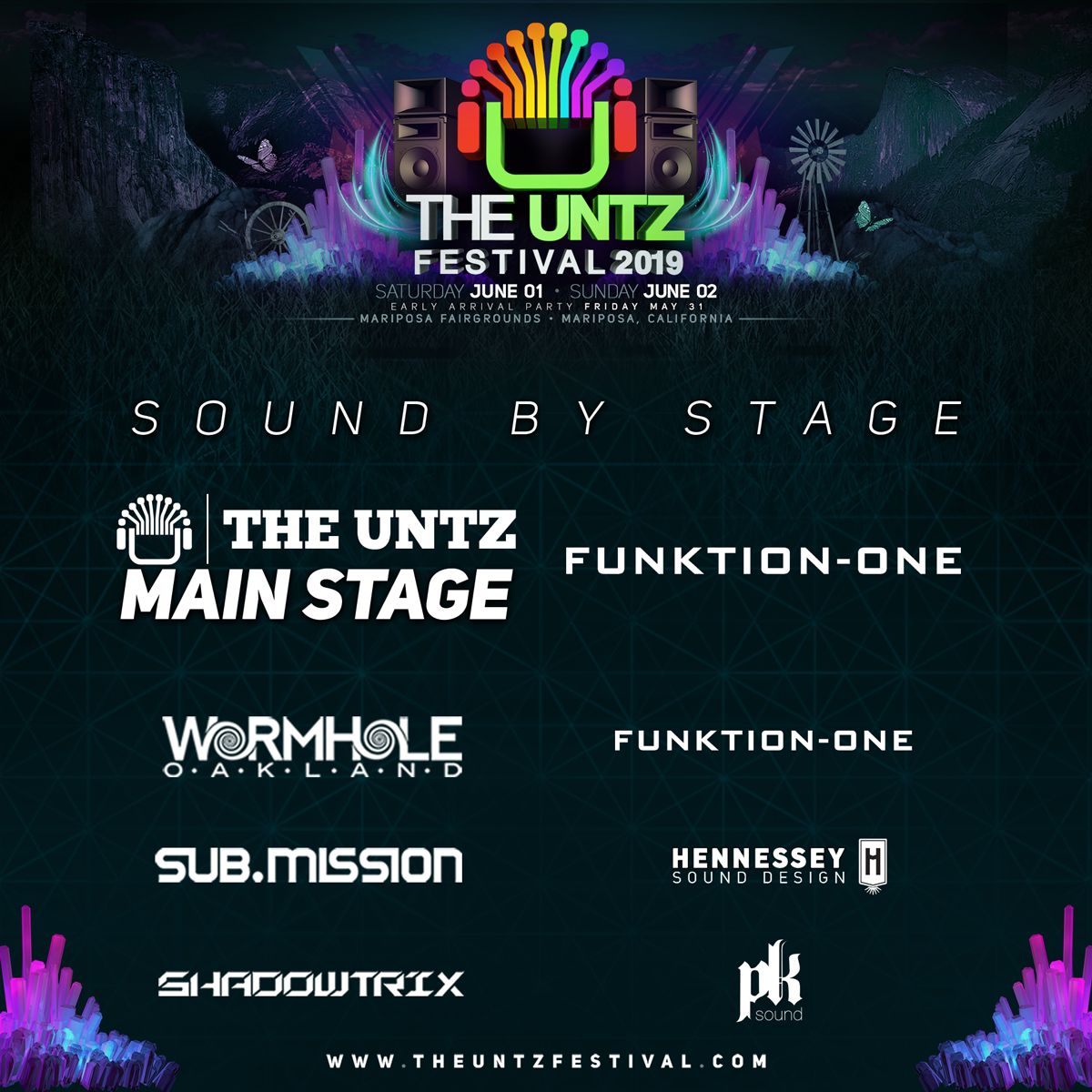 Of course, we couldn't have the Lost Dogz knock out one of the highlight sets of The Untz Festival last year and then not bring them back. This year, the Lost Dogz Takeover moves to the main stage with returning champ Untitld and newcomers vide, sktchy ppl, and Player Dave.

Other additions include Resonant Language to play a solo set and join Cloud-D for a Bricksquash set, Mike Wallis (the "O" of K.L.O.) plays a special downtempo set in the Wormhole, and the much requested Hullabaloo, ONHELL, Saule, tiedye ky, and VCTRE. Our partners at Sub.mission, ShadowTrix, and The Gradient Perspective are also bringing out be.IN, GrymeTyme, Madam Bliss, pheel., Scarien, and Torbjørn. This list represents the very best in underground bass. 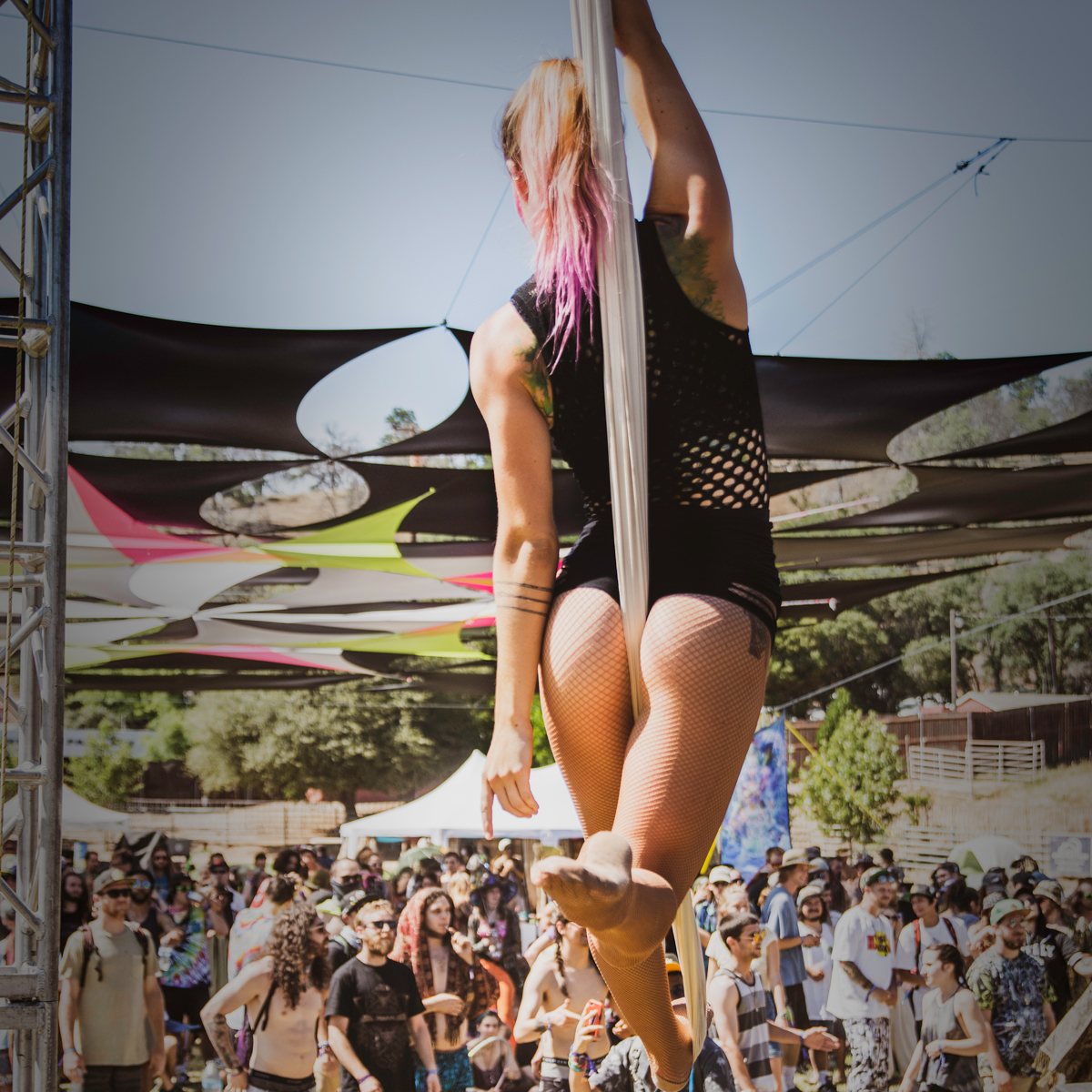 Each year, we have an Early Arrival Party on the Friday of the festival. So festivities begin May 31, and then continue June 1-2 at the Mariposa Fairgrounds in Mariposa, California.

As always, our friends at Wormhole and ShadowTrix will be hosting late night stages. Sub.mission takes over the second outdoor stage with its deep dub sounds, and now we have The Gradient Perspective curating workshops, hosting a lounge, and bringing out incredible acts of its own.

New in 2019, we will have Funktion-One sound on both The Untz Main Stage and in the Wormhole, with a Hennessey Sound Design rig on the Sub.mission stage and PK Sound in ShadowTrix.

Your job is to organize your crew, and decide if you want to bring an RV (with or without hookups), choose to stay in one of our pre-setup campsites, or go all-in and snag a luxury bungalow with amenities like air-conditioning, power, and WiFi. All of these options and more are yours to choose on our website at www.theuntzfestival.com/buy-tickets where you can peruse all the options—but don't delay, our Early Bird prices won't last long.

As you can see, we've been hard at work on our lineup for months, and will be making improvements on-site to enhance your experience. Those will be revealed in the coming weeks, as well, but in the meantime, share our love of bass music with your family and friends, and in just a few short months we'll all be back home in Mariposa.