It's in the zeitgeist: Twitter rants, memes, main stage sets, bilious Facebook groups—it's been all over the place the past few months. The word is becoming a part of your dubstep vocabulary, right next to “dirty” and “filthy.” If you don't know what it means, you will soon. 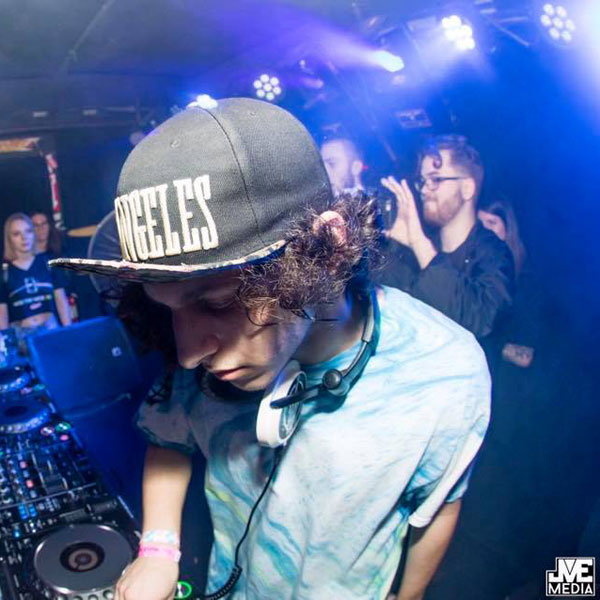 To bring you up to speed let's start with this adage, “not all dubstep is riddim but all riddim is dubstep.” It's the geometric truism of squares and rectangles applied to bass. Both the rhythm and sound design are inherently dubstep; riddim is one of its many subgenres. The sound traces its origins back to Jamaica and original dub island music. Then different types of bass fanatics added their own flare.

According to Subtronics, “Riddim is basically what happened when the American SoundCloud underground dubstep culture noticed what the U.K. guys have been doing since day one. To me, riddim isn't a genre, it's an adjective specific to only dubstep songs, a dubstep song can be like 1-10 on the riddim scale.” That's an interesting take.

The terms seems to have grown into a multi-cultural merger of sound. The current vibe is much more swampy, head bobbing, and burly. One of the main tenets of riddim is the simplicity of it, much like original dub music. Most songs use one synth with a lot of chorus and flanger effects on it, and many lean heavily on the triplet three over two feel on the rhythmic side. It's heavy, grimace-inducing, gully sounding dubstep.

Here is some archetypal riddim.

The term has been around for years with the backgrounds coming from dub, reggae, and dancehall. The particular version in question today started first, across the pond, in the UK, then it made its way through the underground scene to the US. There have been countless shows at select locations like London, Paris, NYC, and Montreal for years now. Riddim started appearing on mainstream radars around 2015 but the scene has been around sometime before that. Subfiltronik, Bukez Finezt, P0gman, Badklaat, and Coffi are some of the OG's. They have been holding it down for quite some time now. The sound is nothing knew to them. They were the pioneers; now they get to bask in the joy of yet another thing the English have given us.

The sound permeated the underground and started to make its way to established artists while breaking others. Key players of the beginning of riddim's emergence in the US bass scene were Benzmixer, Airvalue, and Allesnik. Listen and learn, these are the guys who helped pave the way for a lot of the bigger names in the riddim community today.

Now in 2017, there are a bunch of notable general bass collectives all over the globe: Gentleman's Club, Savage Society, Monsters, Smog and Never Say Die, to name a few. A fairly new collective, Sewer Sessions, has cropped up on the east coast. It includes founder Symbiotic alongside Ranga, GramGreene, and Codd Dubz as well as others. Their home is at the Webster Hall BASSment in NYC. These Saturday night shows have become an epicenter of legendary dubstep sets.

Holding it down on the west coast are dudes like Akronym, Yakz, Al Ross, Sudden Death, and SweetTooth (who happens to be playing The Untz Festival in June). However, their reach is now global. If it wasn't for the aforementioned taste makers, cooperating and supporting one another there would be no riddim scene in the US at all.

If you're starting to grasp where the sound comes from and digging it's vibe, reach into the depths of all their SoundCloud pages, because this is just the tip of the iceberg. All these artists have been relentlessly keeping riddim alive. They've performed at raves and parties all over the world from full blown festivals to DIY night clubs, basements, and abandoned warehouses. This scene was built from the ground up. Yes, there have been countless stories of drama and heartbreak. Perhaps even some back stabbing, but it's all adding to the mystery and allure.

If you're a true basshead, you love all things heavy whether it's original dubstep from the UK like Digital Mystikz or if it's a tune off Datsik's latest album. If you hear a huge tune that gives you that familiar feeling in your stomach, you like it. When you know the drop will make the crowd go off, you can at least appreciate it. What you have to learn to accept is that when the underground grabs a hold of something unique, it's only a matter of time until mainstream gets their hands on it. There are so many big name bass DJs dropping riddim tracks now it's hard to follow the thread from the underground to now.

The tune that radiated throughout this past year was Phiso's - Jotaro, everyone from Excision to Herobust and Marshmello were dropping it in their sets. There are countless remixes done in a dozen different genres. A simple YouTube search will result in a slew of videos of artists tossing in the drop to “Jotaro” while the crowd goes off like a stick of dynamite in an ant hill. However, I would be remiss if I didn't mention the riddim anthem or the only other riddim track that might have more remixes than Jotaro, Bommer & Crowell's - Yasuo. If this song doesn't make your internal rage burst out you're not a true basshead. You have to admire the sheer ridiculousness of this tune. Even now, re-listening for the thousandth time I can't help but grimace and get hyped.

I had a chance to speak with SweetTooth and get his perspective on the increase in popularity, “The rise of riddim is a double edged sword; on one hand there are a lot of big name artists blatantly cashing in on its popularity and pretty much gentrifying the genre, but on the other it's amazing to see a lot of hard working producers and friends who actually love the music getting their time to shine and having their tracks played out at huge events around the world, and even more so having more big events dedicated to riddim popping up world wide giving us who produce and spin the genre more opportunities to do make a living doing what we love.” Devan Klemm adds, “Also, there are a good amount of bigger names that take elements of the genre but ultimately better sounding "riddim" tracks because they have more knowledge of production itself.”

Once a sound hits mainstream, the more affluent producers will give sound a try because they are inspired. It gives them a jolt of creativity. It energizes the left side of the brain and they want to create. Riddim isn't going anywhere, the snowball is only just beginning to roll. 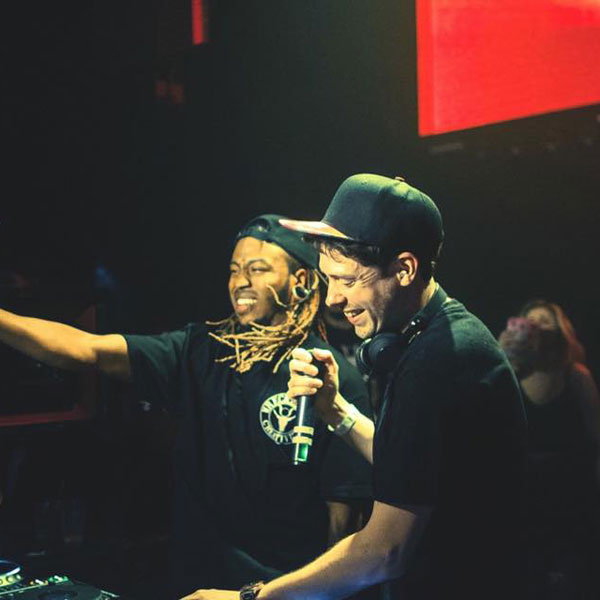 Now that you have been brought up to date with the history of riddim, there is a something to remember: Where there is riddim, there is chopping. Per SweetTooth, “Chopping definitely goes hand in hand with riddim, the thing with riddim is the majority of it is pretty bare bones so it can get a bit boring for the crowd after a while, double dropping and chopping not only gives a lot of songs the extra weight they need but it gives the DJs the chance to essentially make his own song live and keep things fresh for the crowd.”

The structure of the tunes make it possible for DJs to chop the records. If you are unfamiliar with the term, it's when you use the cross faders on the mixer to dip into one song or the other while making the beat sound uniform and concise. This technique originated from early 1990's Houston hip-hop scene, hence "Chopped and Screwed." According to GramGreene, a distinguished videographer who travels all over the world to record exclusive dubstep sets, "to get to the bottom of how this DJ technique actually made its way to the underground riddim scene I hit up the don of chop himself, Shiverz. For those who do not know, Shiverz da Butcher was the first to bring the chop technique to the upcoming riddim dubstep scene back in 2011. Inspiration largely came from DJ EZ who was a legend in the Garage/Grime scene. Shiverz took his own spin on this legend's style and made a brand new technique which has become a center piece of riddim DJs’s sets. He first showed his chopping skills off on GetDarker episode 16 and from there he has refined his skills to become don of chop. Since then many have incorporated chopping into their sets and many have gotten a lot of positive reception because of it. But I do not want anyone to forget where chopping comes from and that's from Shiverz da Butcher.” I'll let the video speak for itself...

Subtronics adds, "Chopping was kind of essential or inevitable, because it's such a basic minimal sound, but it's so competition-based that everyone's one upping each other has kinda pushed the culture and style into what it is now. Only downside is since the enormous amount of new kids have joined, there's a lot of misunderstanding, misinformation, and mislabeling. And worst of all there's kids that either steal content, leak tunes, and just a general air of jaded elitism. It's basically the 4chan of bass music and it's 100% grassroots counter culture rebellion in the face of all things cool, but now that it's becoming cool both original scene figureheads and new listeners alike are constantly bickering and speculating.” He goes on to say, “Honestly everyone has always been fighting. Underground dubstep has been a high school musical since 2012, back when everyone called it 'tear out' and then everyone switched to riddim.” Just like a family; there are cousins who will be the first to get their college degree, there are mentors that influence your life for years to come, there are shitty drunken uncles that seem to ruin everyone's time and there are the reasonable ones who sit back enjoy themselves and keep doing what they do.

Sound system culture will always have its ups and downs. Just like anything else in life. Sometimes you hate one another but other times you realize why we came together in the first place. Regardless of the finger pointing and Twitter bickering, we coalesced for one reason...the music. It invigorated something in us. Something we didn't know was inside us until our first bass show. It brought out an emotion we haven't shared with many people. The inner ferocity that lays dormant which can only be brought out by certain songs. We covet that feeling. Most people don't know it exists in you and maybe that's why we get so defensive about it.

We get to release. It's the mental state we all share when a dirty drop hits. That moment the whole crowd is awestruck and can't believe their ears as we move in unison. That's what we go to shows for. Forget about someone's comments on a Facebook post, it's meaningless. If you enjoy the way something sounds, nothing else matters. All I know is that as soon as I hear, "my honor left a long time ago" or "DJs come wit da chune," I'm going to grab you by the shoulders and go wild with a room full of bassheads and forget about life for awhile.