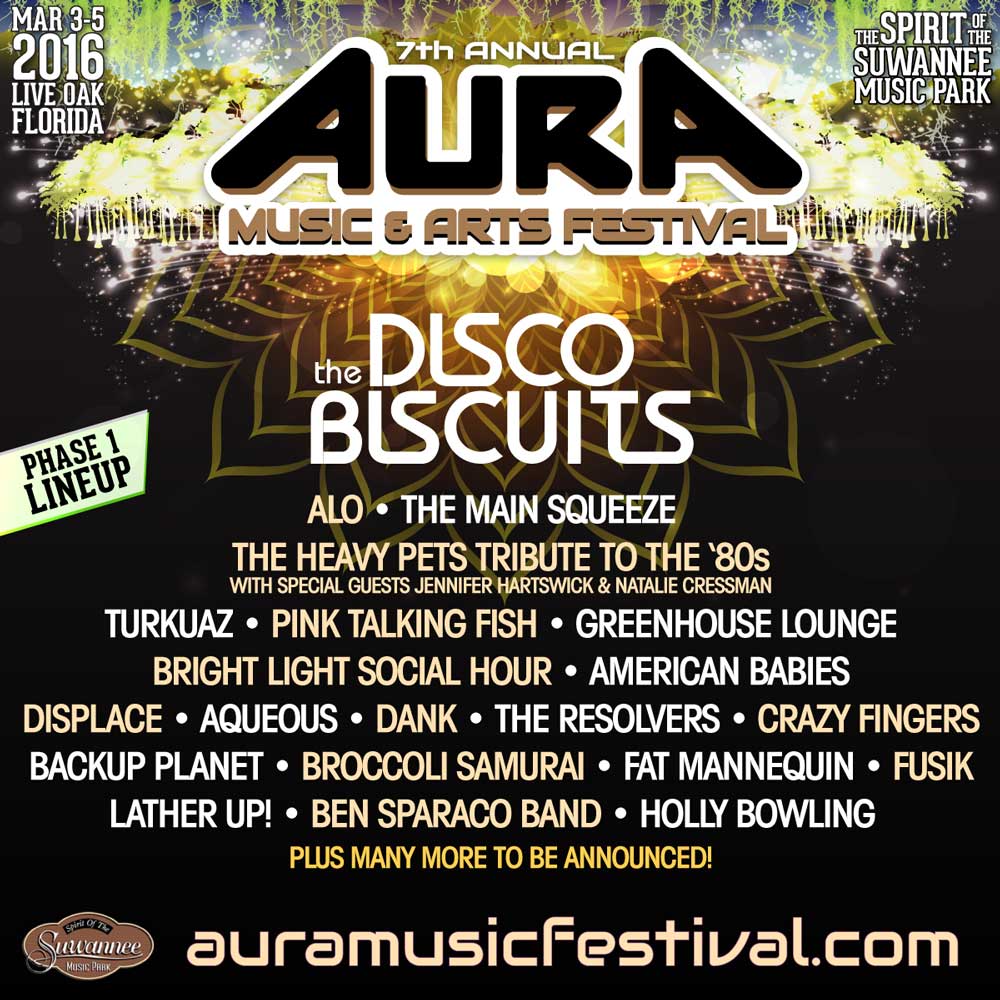 Once again, livetronica legends The Disco Biscuits will headline AURA Music & Arts Festival, returning to The Spirit of the Suwannee Music Park in Live Oak, FL from March 3-5, 2016.

The seminal livetronica act is back after crushing both its set at last year's AURA, and after a riveting return to form at its own Camp Bisco festival, which came back after a yearlong hiatus this year. Jon Gutwillig, Aron Magner, Marc Brownstein, and Allen Aucoin have been big supporters of the Florida event, and have built up a huge southeast following after nearly two decades of touring.

Other highlights of the Phase 1 lineup include The Main Squeeze, Pink Talking Fish, Turkuaz, ALO, and The Heavy Pets Tribute to the 80's with Jennifer Hartswick and Natalie Cressman of Trey Anastasio Band. Jamtronica acts Greenhouse Lounge and Broccoli Samurai have also made this initial bill.

An early season tradition, this coming year marks the seventh incarnation of AURA, which moved to Suwannee a couple years back from another location in Florida. The jam band circuit staple prides itself on incredible production, and an assortment of acts that make for a varied weekend.