The Untz's senior contributor Jordan Calvano got a chance to pick Jake Atlas' brain before this weekend's Thriftworks performance at The Big Up festival (Aug 8-10) in Claverack, NY with Beats Antique, An-ten-nae, The Egg, and more. Over the past year, Thriftworks has become on of the most sought after performers and producers in the underground dub scene, jumping on huge festivals, as well as doing a number of dates on Bassnectar's spring tour. Jake talks about producing, touring, and dinosaurs. The results will shock, horrify, and arouse you. A an excellent introduction to the world of Thriftworks is this incredible mix he gifted us on the eve of 'Nectar tour--one of our most popular premieres, ever.

It’s been about 5 months since your album dropped, but we still can’t get enough. Are you happy with the reception you’ve received so far?

Most definitely. Terrance was given a bonus.

Your production style on Terry-D often focuses on an immensely dark and deep sound. Is this something that comes naturally, or do you have to enter a specific frame of mind to create this type of music?

I think we all go through a lot of emotions on a daily basis, whatever state I sit down in has a lot to do with the noise that’s about to be made. I think im prone to the dark stuff, I don’t know why... It’s funny when we make these dark, esoteric, custom, yung, and rare beats and think people would want to dance to them, we still play them out anyway.

How were you initially introduced to producing electronic music, and did you create any other forms of music before this?

When i was 7 my father took me to the zoo and made me huff alligator DNA, then I got sponsored by KitchenAid and the rest is history.

What other hobbies do you partake in outside of Thriftworks?

Early in the year, you were granted the incredible opportunity to rock shows with Bassnectar, Michal Menert, and GRiZ on tour. What did you learn from this experience?

That was an excellent experience indeed. I think patience was reinforced over and over with these shows. My sounds were considerably different than most of the acts on this tour, sometime they were very well recieved, and other times kiddies were fallin' asleep. It just taught me to stay true to what I’m doing, people will catch on if and when they want to. 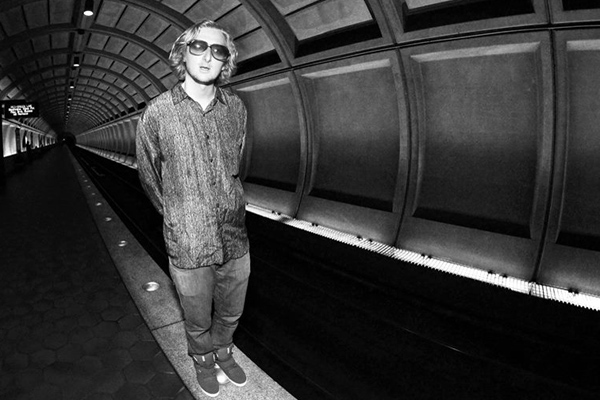 Also on the subject of playing shows, this summer has been huge for you. What have been some of the most memorable festivals and concerts you’ve played so far this summer, and what are you most looking forward to?

Best yet: What the Festival, Electric Forest, Red Rocks.

Most anticipated: Symbiosis and a Denver gig with Lapalux/Nosaj Thing.

Can you give us some details on your upcoming EP yet? We’re dying for some new Thriftworks over here.

Look out for more evolved forms of goopy, skrillex-jumpin-two-feet-high, slow-motion, rufio-rufio-rufioooOOOOOO type of noise. Some sadly triumphant jams are on deck. I’ve got feelers out with a few labels, but I’m getting anxious myself and very well may just pop out a bandcamp release in the near future.

Final question. How did you become so obsessed with dinosaurs? The album art, the song names, everything. We must know.