Since 2001, the annual Summer Camp Festival has been a destination for music lovers across the Midwest and beyond. Over the past few years, the presence of electronic music has increased dramatically, and this year was no exception.

With headlining sets from Bassnectar, Skrillex, EOTO, STS9, and more, fans of EDM had their hands full choosing which shows to catch. This special double episode of The Untz Podcast will focus on some of the standout performers from this year's festival, and features an interview with Big Gigantic.

Saxophonist/producer Dominic Lalli (The Motet) and drummer Jeremy Salken have been performing as Big G for less than three years. In that time, this Boulder, CO duo has risen through the ranks of electronic acts with three free albums, two of which were mixed and mastered by close friend and ally Alex Botwin (Paper Diamond). Big Gigantic will be several enormous festivals this summer including Dexfest, Re:Generation, and Electric Forest, and will be supporting Bassnectar on a string of dates in September. 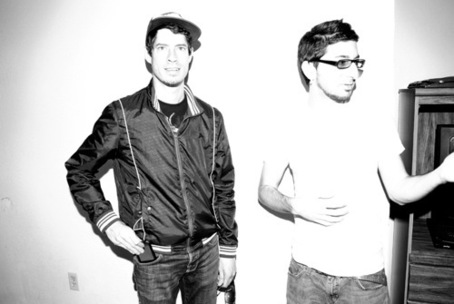 Today's interview features discussion of the pair's previous musical incarnations, early shit beats, and a sweet jazz sesh at Boulder's revamped Super Target™. Tomorrow we'll get a glimpse at the crazy festival schedule of Big G, and hear more tunes from the best performers at Summer Camp. Let us know by tweeting your picks for SCamp MVP to @theuntzpodcast so we know who to put on the show!

To download this podcast, right click Summer Camp Wrap with Big Gigantic Part 1 - Podcast Episode 71 and save the file.

To automatically recieve future podcasts, subscribe to The Untz Podcast on iTunes