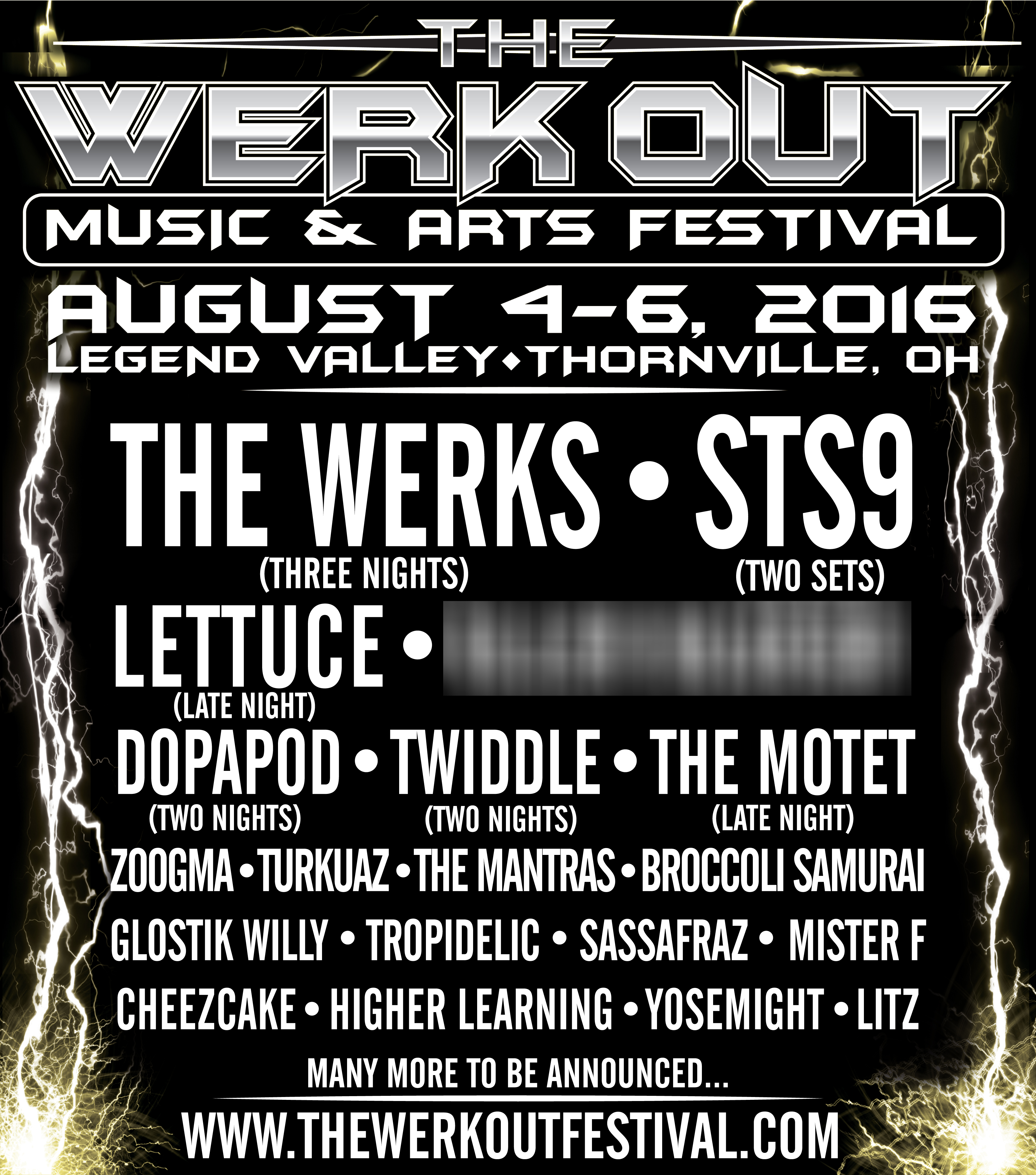 Getting bigger and better each year, The Werk Out Music and Arts Festival has already grown to new, towering heights with the unveiling of its 2016 lineup. Dance rock titans, The Werks, have outdone themselves in assembling a jam-meets-electronica festival perfect for its midwest home, and rallying the legacy of the event itself around a solid bill.

Returning to the iconic Legend Valley in Thornville, OH from August 4-6, the festival packs a punch with festival headliners STS9, who will be performing two sets. When it comes to livetronica legends, it's hard to beat Sound Tribe Sector 9, who have dominated the festival and touring circuit for years, and will be approaching two deacades as leaders in the industry. Already announced on several high-profile bills, Tribe will no doubt give Werk Out fans incentive to jump on tickets early.

Favorites from past lineups will also reappear on The Werk Out this year, including funk powerhouse Lettuce and fellow jam rock elites Dopapod (who will be performing on two nights). There is still a mystery headliner waiting to be announced, but fans will already have their guesses on that tip. The Motet also has a special late night performance planned for central Ohio.

The Werks' touring partners on the TWERKS tour, Twiddle, will also be joining in all the fun, as well as another past touring ally of the band, southern livetronica quartet Zoogma. Other favorites including Turkuaz, Broccoli Samurai, Glostik Willy, Tropidelic, Sassafraz, Higher Learning, and the list goes on as more acts will be added in later phases. 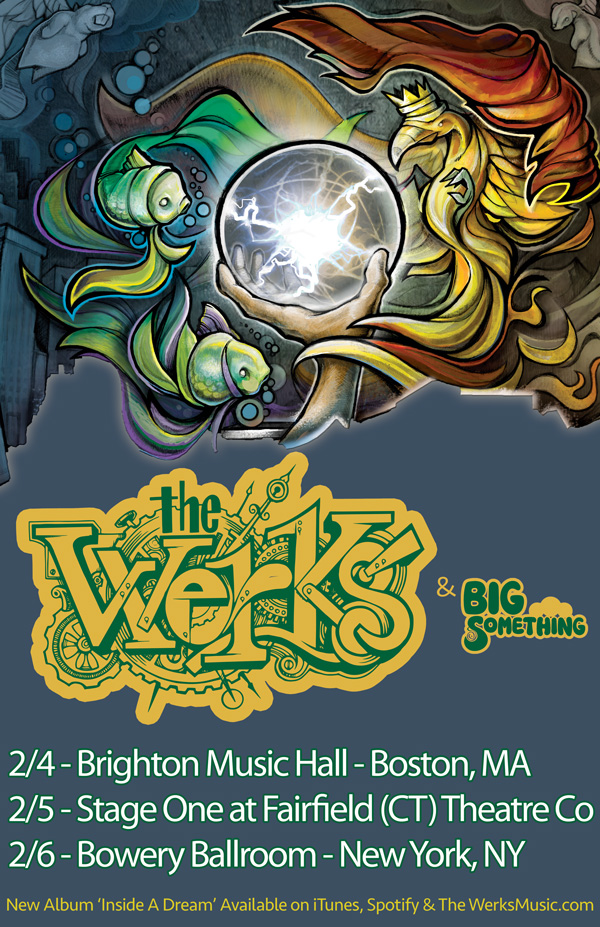 As always, we assume the Silent Disco will be packed with more electronic acts, who will no doubt be added in the coming weeks and months. The Werk Out has always provided a have for electronic and livetronica acts in the midwest, introducing those elements into their tightly-knit jam scene.

Things don't slow down for The Werks, themselves. The band is in the midst of a winter tour with new bassist Jake "Baby Hands Goldberg, stepping in for Norm Dimitrouleas, who has taken a leave of absence from the band.

This week, The Werks are in the northeast. Tonight, Brighton Music Hall in Boston, MA is in their sights. On Friday, the band hits Stage One at Fairfield Theatre Company in Fairfield, CT, and then the northeast circuit closes up with a special Saturday night performance in New York City at the famed Bowery Ballroom. The band's winter tour is in support of the four-piece's new record, Inside A Dream, which is available for download now.

Tickets are available for The Werks' winter tour here, and you can visit thewerkoutfestival.com in order to secure your tickets for the festival at its lowest ticketing tier. But you better hurry, because this lineup revelation is going to get those passes flying off the shelves.