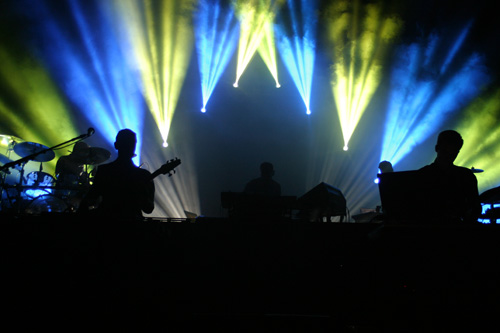 The Sound Tribe Sector 9 show this past Thursday, April 18th, was highly-anticipated by the growing electronic music fanbase in Syracuse. But because the concert was to be held at the Landmark Theatre, a sit-down venue lacking a pit to dance in, concert-goers were wary. Seats are the bane of any dance music act, let alone a monster band like STS9 whose fan base lives and dies by the stunning blend of influences that brings people to their feet from coast to coast. That being said, the veteran act whose production and stage show is nearly unmatched in any genre knows how to make any venue their own. 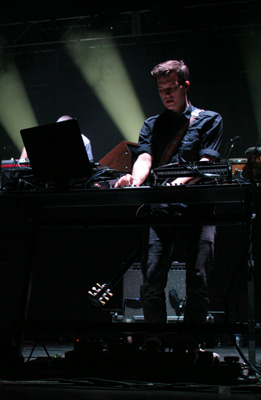 Upon walking into the venue, Eliot Lipp was deep into his set to maybe 20 people in the large venue. Not only were fans opting not to attend the show, but people who did find themselves with tickets were astounded that there was only one opener and started at 7:30 on the dot. Pregames were cut short, and attendees flooded the room seconds before STS9 started their first set. When the lights came on, eyes bulged at the beaming set up and light show that swarmed the band mates.

STS9, originating from Santa Cruz, CA and Atlanta, Georgia, is an instrumental band with a sound seeded heavily in instrumental rock, electronic music, and funk, jazz, drum and bass, psychedelia, and hip-hop. Their lasers and smooth sound were a great complement to the Lotus show at the Westcott a few weeks earlier. It gave fans of the jam band oeuvre the opportunity to experience similar sounds in different venues - and reactions to the Landmark show were wide and varied.

Some posited that they liked the change of scenery and the space it allotted with the seats, while others felt constrained and missed the open space of other venues with open areas to range. Furthermore, some attendees were biased in their opinion of the Thursday show’s atmosphere. Because many of the seats weren’t filled, it seemed like the show was underfilled, when in reality, the same crowd with have jammed the Westcott to the brim. 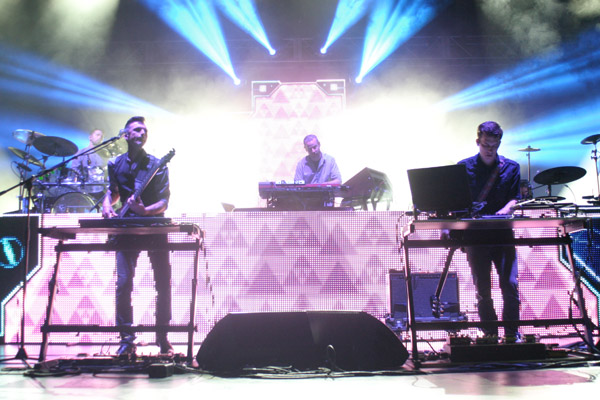 Either way, concertgoers were pleased by STS9’s show. The light show and production titillated and tickled every sense, and their two sets kept the crowd grooving. The quintet keeps its national tour chugging along, and is already cropping up at the top of festival bills nationwide, including Summer Camp, Moonrise, and a headlining appearance at Red Rocks in Colorado this September.