Unless you live under a rock or are a real life Grinch you certainly must give a damn about ODESZA, the fantastic duo hailing from that volcanic and mysterious spot between the Pacific and the Cascades' mountainous lair. In spite of all the geological madness–amazingness rises and rises well. In between both geographic energy forces you will find ODESZA–the coolest vibration on the continent.

When an artist takes a stab at remixing anything ODESZA, it’s a certain gamble and simple matter of life or death, musically. It's synonymous with playing with geological depth–like unanswerable questions while standing next to the ledge of da Grand Canyon whilst praying for a saint. When we see a winner land on his feet we must celebrate with an A-Fucking-Men!

Soul Cymatic walks up to the edge of the edge of the sheer cliff wall and successfully and gracefully jumps and soars to fly the fuck off and into the sky. You need to take a listen because it’s a feat to do something so magical on the foundations of magicians.

Brian Campbell and David Duncan's remix of ODESZA’s “Say My Name,” is something that has been tried and trashed many times over by the less competent. So, to hear such a perfectly constructed and tasteful take on the famous and powerful original is pretty fucking cool in my eyes. I don’t wear contacts or glasses. Either I am nuts, or this actually does some serious justice! Take a peek. I think it works pretty well!

Catch the Springfield, MO duo in northern California this summer. They'll be flocking to The Untz Festival in Mariposa, CA from June 2-4, like you all should be doing. It's nice up here in NorCal. Take my word for it. Or better yet, see for yourself. You can grab your passes at www.theuntzfestival.com if you want to test it out. 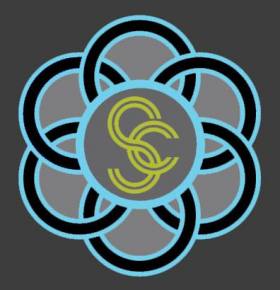