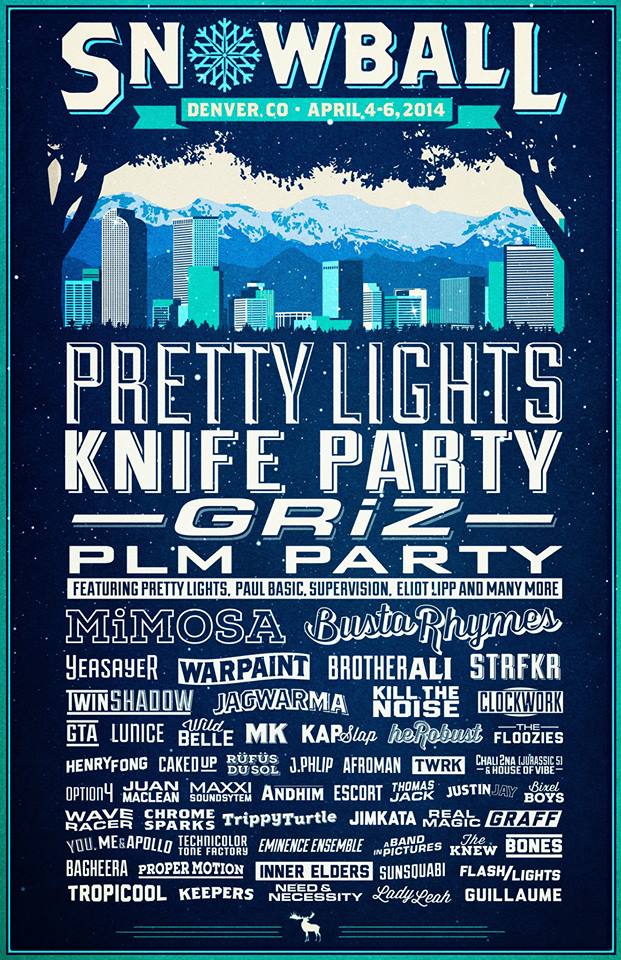 It wouldn't be SnowBall without Pretty Lights. So much so, that festival organizers turned to Derek Vincent Smith to assemble a lineup based on what's turning him on, and turning him up. He's going all out to make April 4-6 at Sports Authority Park in Denver, CO one to remember.

Of course, Smith's got his homies on board. Representing the PLM crew is Paul Basic, SuperVision, and Eliot Lipp. It's a whole PLM Party, in fact. It makes sense that GRiZ's adopted homestate would embrace the skyrocketing saxophonist alongside the big man.

Australia's number one export, Knife Party, is standing tall on the lineup, as well as equally filthy producer Mimosa, who is absolutely tearing it up, of late. What's truly interesting is the predominance of hip-hop (Busta Rhymes and Brother Ali), as well as straight up indie music. But there's a ton of eclectic electronic music for everybody, between The Floozies, GTA, Lunice, and Chome Sparks. Trap is well represented by the man, Hayden Kramer, a.k.a. HeRobust, as well as Caked Up.

General admission tickets still remain at $129.50 for those who want to grab them at http://bit.ly/SB14tix. Make sure to snatch these up, because everyone's crusing on down to the Mile High for this one.