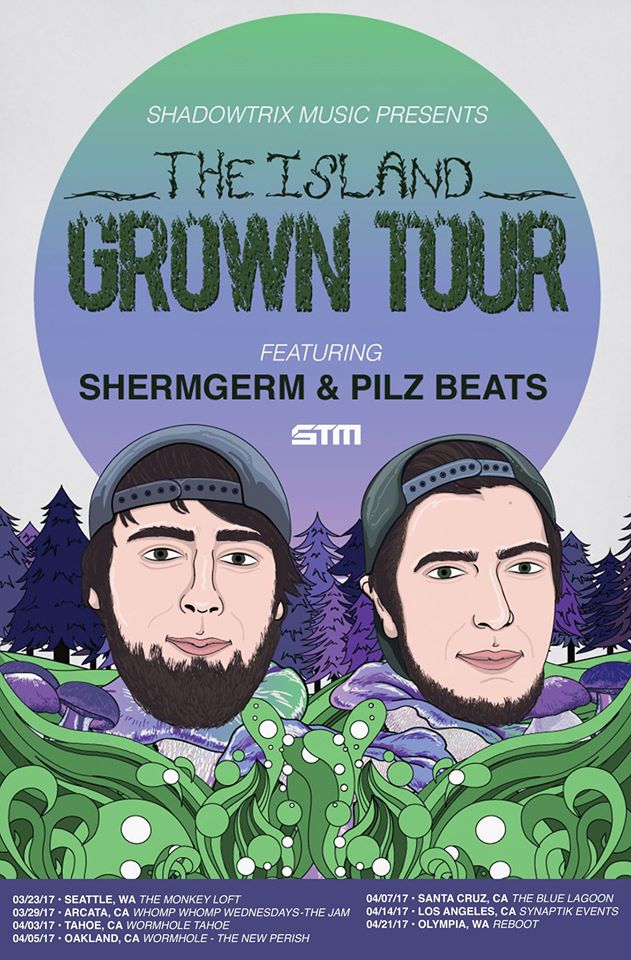 Wow. The ShadowTrix Music stage at The Untz Festival is going to be otherworldly. In preparation, ShermGerm and close collaborator Pilz Beats will be hitting the road on a special west coast tour this spring.

Nathaniel Parrott, better known to the Seattle underground as Pilz Beats, has put together a special mini-mix of all original material as a preview for the tour. After nine impressive productions and that cheeky ShermGerm remix, it would be hard to imagine that any reason remained for missing a chance to catch The Island Grown Tour near you.

The boys travel down the west coast beginning next week, kicking things off in Seattle, and then making their way down to Arcata, Tahoe, and Oakland, on down to Santa Cruz and Los Angeles before popping back up to Olympia in late April. It's a tight little tour for these breakout bass acts on the rise.

Even Better? You can catch Brad Sherman a.k.a. ShermGerm and the rest of the ShadowTrix gang, including PartyWave, Kozmo, and the much-anticipated set from Rude Boy Noize, comprised of Shlump and Trevor Kelly, taking over our late night stage at The Untz Festival this June 2-4 in Mariposa, California.

If you're like me and want a copy of this mix for future listening pleasures, you can snag a free DL at the Pilz Beats Soundcloud page.