About a year ago, Bay Area bass producer Sayer suffered sudden sensorineural hearing loss (SSHL), which can be brought on by trauma or infection. Recovery is rare, and any form of hearing loss for a musician is effectively a death sentence for a career.

After three rounds of powerful steroids and anti-inflammatories, he not only made improvements to bridge the gap in the frequency range that he had loss, his hearing made a full recovery.

But at a crucial point in his ascent in the scene, Sayer had suddenly been sidelined. A freak health scare could have easily derailed all his progress, but instead this summer he has roared back into form. Last month, within days of each other, his collaboration with NastyNasty came out on NOISIA's Division label, followed up by a massive collab, “Your Soul Will Never Be Released,” with REZZ on her critically-acclaimed EP, Beyond the Senses.

Just last week, Sayer's long-awaited Avarice EP finally breached the surface on Recurse Records. Aside some a smattering of collaborations through the early part of the year and the occasional support date or festival following the announcement of his improved hearing, the release of Avarice was to be his big statement of return. 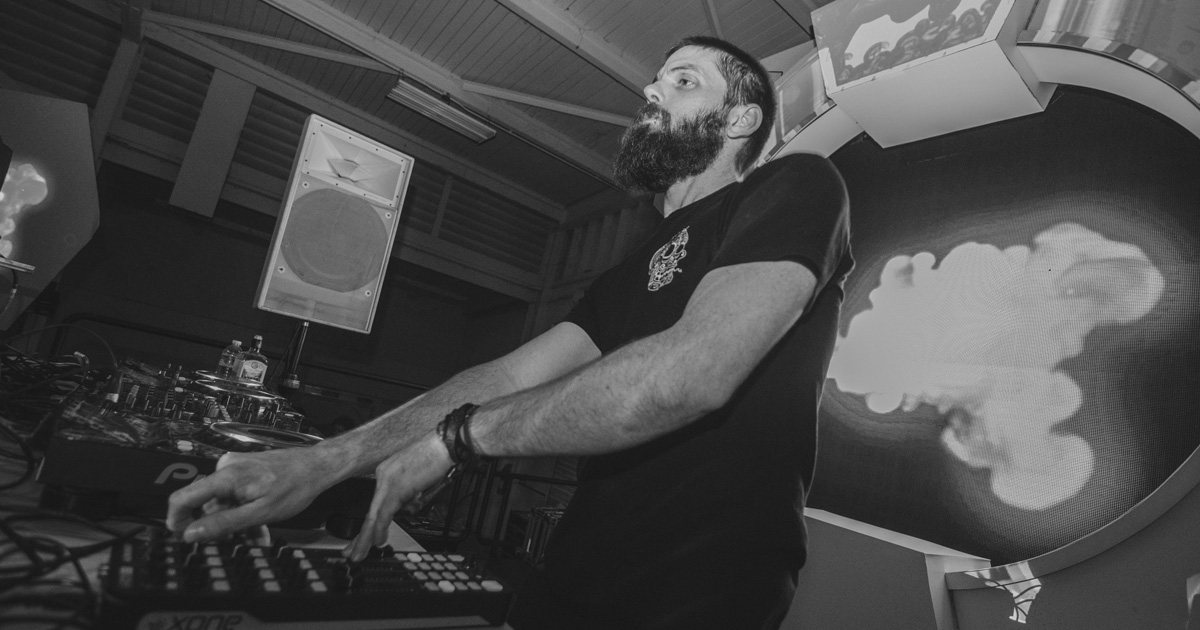 Though the sounds predate his own class by a generation, plenty of gloomy acid, big beat, and drum and bass make their way into this five-track collection. Opener “Plague of Man” sets the stage for a more cinematic release than we've heard from the Oakland-based act.

Where 2017's Human Error EP leaned more heavily on slower, sludgier tempos, Sayer opens up the throttle into full drum and bass on “Delusion,” but overdriven acid lines dominate in “Force,” and the broken beats, Amen Break, and Hoover effects of “Autophobia” blend the mid-90's with contemporary methods of today's bass scene.

Slowing things down considerably, Sayer's closing title track hits the tagline of the album “a dirge for a dying world” with its pitched down samples and moodiness. Pairing progressive philosophical thoughts with eerie, reverberating walls of sound puts us in the cockpit right there with our sonic pilot who enjoys charting into dangerous territory.

We have always appreciated Sayer's penchant for darkness, but we can't help but feel joy in his return from the silence.